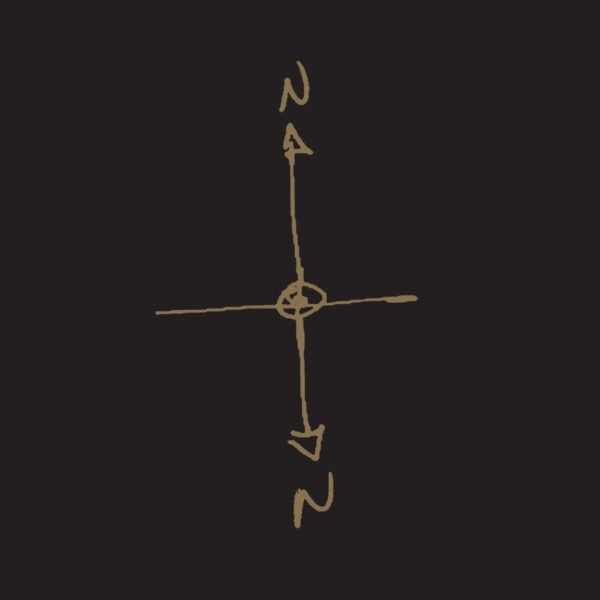 When a CD bears the all-caps legend ‘STOCHASTIC/CARNATIC FREE IMPROVISATION FROM MELBOURNE, AUSTRALIA’ you might wonder to yourself when was it that mere taxonomy became all we needed to decide on a purchase: no hyperbole, no exotica… surely no need for a review either? Well, colour me redundant, but this here’s the impressive second live set from North of North, the piano / trumpet / violin trio featuring pianist, labelmeister and musical hydra Anthony Pateras. It’s also the opening gambit to his new off-compass label – the offshoot to his well-stocked Immediata, which provides a broad overview of the man’s tastes, talents and tendencies, not to mention the debut from this trio, which features Scott Tinker and Erkki Veltheim, who was last heard dilating time in the duo drone sesh The Slow Creep of Convenience.

North of North could hardly be differenter though: controlled cacophony that hits the ground running and stays that way for the full run time; a keening, curdling, high-wire improvisation that veers so into 20th century composition that it’s not clear whether it really is all improvised: regard the tight, atonal clusters Pateras lobs hither and thither, as Tinker and Veltheim do double-time damage control duties to keep this track of his errant movements. Were they just letting off steam, the boys would run out of it in no time, but onwards they plough into new territories like sonic cartographers on a three man stag do. I’ve got to admit to being flummoxed as to where the Carnatic Music element comes into it though. From what little I know of it (thanks to Wikipedia), improvisation is central, but of a ‘singing’ style, yet the requisite vocal acrobatics would demand 10 Mike Pattons on angel dust. Ah well. Stars in Their Eyes this ain’t, but it really should be.