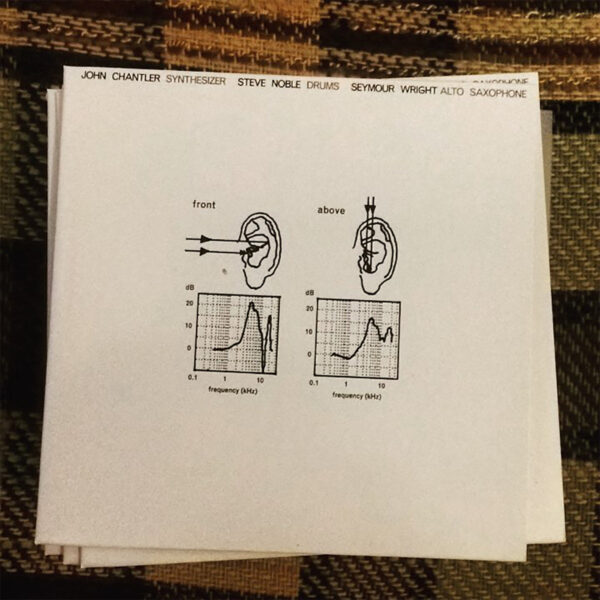 Australian player John Chantler is mostly one we associate with extraordinary keyboard-based actions, such as Still Light, Outside and Which Way To Leave?, so it’s great to hear him playing his synthesizer in a free-improv setting as we hear on Front And Above (1703-2), released on the 1703 Skivbolaget label. Chantler is doing it in Cafe Oto where he is known to have curated shows, captured in May 2017, and performing with a couple of topnotch freeformers – drummer Steve Noble and alto saxman Seymour Wright. Actually I never came across Wright’s work before, which is shocking to admit as he’s puffed with some greats – including Evan Parker, Martin Kuchen, and members of AMM. The six pieces here are sternly convincing in terms of their presence, their insistence that we pay attention; a serious lecture about weighty matters, delivered in concise phrases that cannot be misunderstood. Chantler is not going for the Sun Ra-styled wild-synth attack, but purring menacingly with solid foundational dark tones and lower register growls; need to listen closely for his contributions, but they seep into your hide. Wright makes stark slightly-disconnected utterances in fits and starts, often sounding quite pained and whiney; Noble is rattling the bars of the cage with ill-concealed impatience and hammering to be let out. Album veers from discontented restless complaints, to world-weary sighs of acceptance and resignation. Strong emotions, yet also the sense that a lot of power is under control. A good one. (20/10/2017) 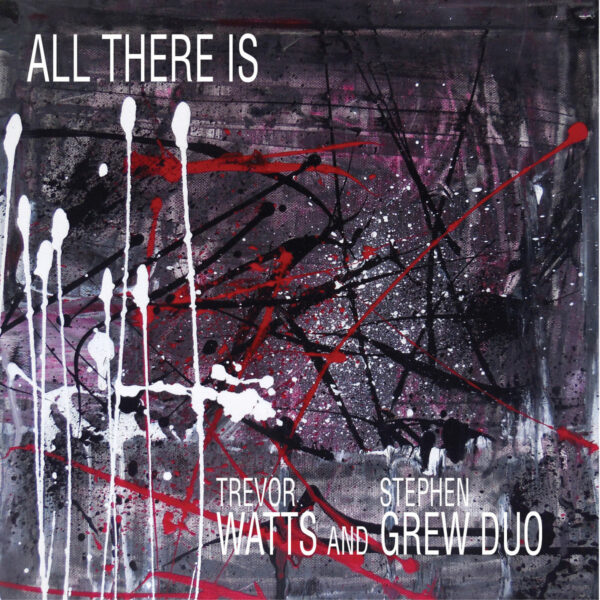 Veteran player Trevor Watts appears on Discus Music for the first time, with All There Is (DISCUS61CD), supported by younger pianist Stephen Grew. Watts is a bona fide founding father of free improvisation in the UK, starting in the mid 1960s with the Spontaneous Music Ensemble with drummer John Stevens, although there’s a lot to be said for his records with Amalgam (1979’s Wipe Out successfully integrated rock and noise elements into its dense and complex tonalities). Today’s record is one I would characterise by its generosity: Watts plays a lot of notes, he’s very fluid, and incredibly proficient as he nimbly executes challenging runs and scales that would terrify most players. Grew rises to the challenge with rich chords and quicksilver piano runs, and neither player is afraid of allowing melodic elements to slide in among the complex free jazz arrangements. At times this is like a very English take on Cecil Taylor / Jimmy Lyons duos; less aggressive, but still brimful of energy. “A very potent and visceral experience,” says the sleeve note. 2017 recordings made in a church in Lancaster by Shaun Blezard. (24/05/2017). 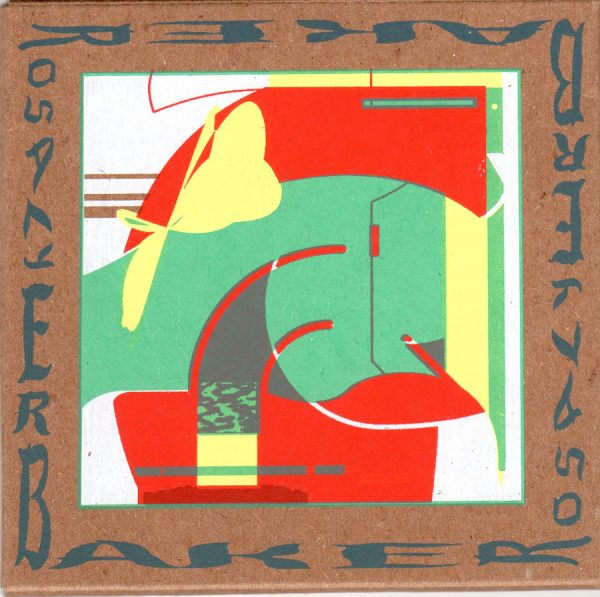 Latest missive from Swiss label Veto-Exchange is Parrots Paradise (VETO-RECORDS/EXCHANGE 015), a superb sax-drums-synth set featuring Christoph Erb, Jim Baker, and Frank Rosaly. Baker is a Chicago player last heard in these parts on the 2013 Bottervagl record, where Steve Pescott reminded us of the impeccable credentials of this avant-jazz pianist, but I can’t recall hearing him whooping it out on the analogue synth like he’s doing here. Crackles, toots and crazy free forms leap from his fingers, every bit as fluent as his piano work; Erb has his work cut out for him as he struggles to keep up, resorting to bird-like trills and circular breathing effects on his woodwinds. When not creating delicious shapes and strings, Jim Baker also manages to create an electronic force field that so strong it tends to push the whole performance forward, like a bulldozer. Drummer Rosaly – also a member of try-anything polymath band The Young Mothers – also does his bit to keep the energy meter bouncing in the red, and then some. If thermometers were used to adjudicate success of music, the mercury would have shot out of the top after just five mins of this fiery playing. This CD apparently represents the “more experimental recording” from a session that also produced the album Don’t Buy Him A Parrot, released on the high-brow jazz label Hat Hut Records in 2017. Parrots Paradise is the one you need if you want to keep your beak wet…whatever that means. (20/10/2017) 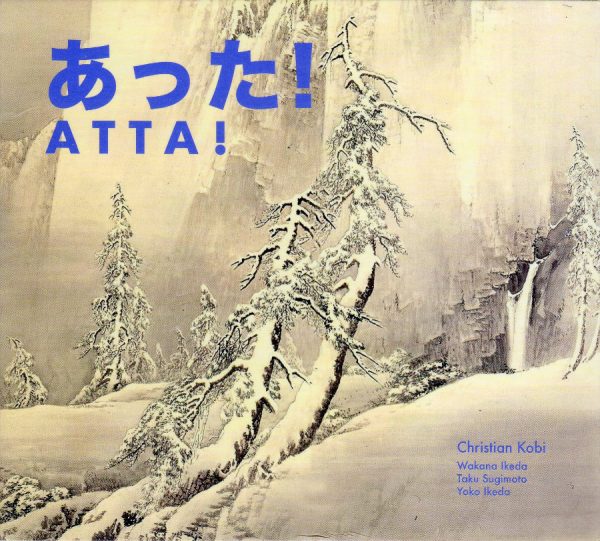 After that hot chili, now for something a little cooler, as can be deduced from cover art showing snowy landscape of great beauty with bare trees. Christian Kobi is an up and coming sax player from Switzerland, showcased here on Atta! (MONOTYPE RECORDS mono093) with four solo blows and one group set. In his solo puffers, three on the tenor sax and one on the soprano, Kobi exhibits great breath control, stillness, and mastery of his sustained notes – but they feel like exercises in technique, slow drones without much content or meaning to them. The long piece is in the centre of the album and Kobi is joined by some Japanese minimal types – Wakana Ikeda on flute, Yoko Ikeda on violin, and Taku Sugimoto on guitar. Very still and serene quiet music results; players appear to be frozen in time, slowly thawing out; each note is like a drop of water falling from an ice sculpture. Rigid control exhibited by all. Kobi purports to have an interest in “sound, silence and action in space” as he continues his studies and explorations. (20/10/2017)