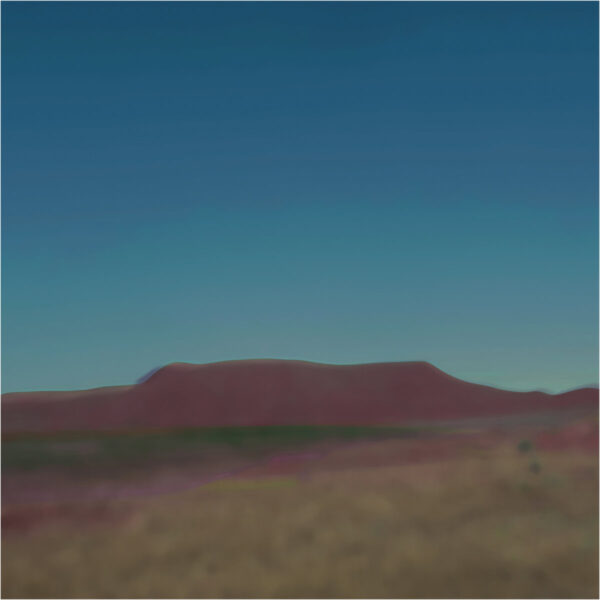 Cathy Heyden is a French self-taught saxophone player who may be known to some of you as a member of Stadtfischflex…never heard this multi-headed jazz-rock art thing before, but it includes members of Faust, Geoff Leigh of Henry Cow, and Tim Hodgkinson guested on one of their albums. She’s also played with drummer Rogier Smal, who we have heard on the nifty Wood Moon album in 2016. Plus, any friend of Jean-Marc Foussat is welcome in these quarters (they have played together as Aliquid).

Cathy studied dance and theatre before she got “into” avant-garde jazz, which may or may not have some bearing on Badlands (UNIVERSINTERNATIONAL Ui023), her first solo record, released on vinyl by Universinternational. What I mean by that is she might want to “act out” her chosen theme through the gifts of drama and movement, as well as playing music. The idea for Badlands came to her while travelling across the American desert. While Michel Redolfi tried to express the entire desert environment (and blinding sun and sky) in his Desert Tracks, Cathy Heyden is trying simply to convey a very large space, the “nocturnal immensity of the desert” as the press notes have it. She does it by puffing out two side-long tracks, ‘Coyote’ and ‘Soda Lake’. Both of them are fairly minimal, ‘Coyote’ especially so, leaving us not much more than the image of a horizon line with lots of air and space around it, with her occasional parps resembling the bark of one of those lone dogs of the plains.

‘Soda Lake’ was more engaging for this listener, suggesting something about the quality of the earth itself underfoot; as if we could hear individual grains of sand rubbing together. In the rumbly, gritty and percolating non-musical sounds that emanate from her sax, Heyden nearly creates musical patterns and rhythms, and succeeds in conveying a novel “truth” about the Badlands. But when finished I longed to hear the “empty” side again, to see how that coyote is getting on. Press notes go on to single out the mechanics of Cathy Heyden’s playing and place her alongside similar tube-breathers such as Stéphane Rives and the members of nmperign, which is not inaccurate, but the success of this understated record for me is mostly as a piece of landscape painting. From 19 September 2017.