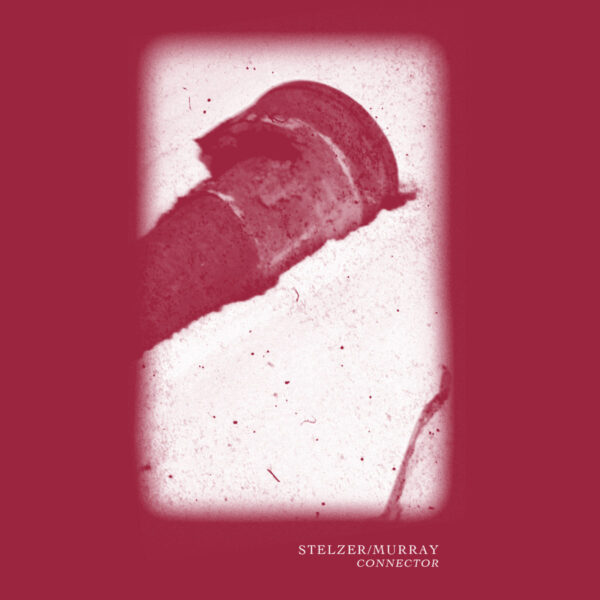 Another cassette-based missive from the lovely Helen Scarsdale Agency, this time featuring the pairing of Howard Stelzer with Brendan Murray. Stelzer is a substantial character on the sub-radar field recording sound-art operations in the USA, what with his label Intransitive Recordings which has been home to many noise-bursts of rich ambiguity and juiciness. We liked his 2016 release for Monotype, where his use of cassettes and interest in decay places him not very far apart from Jim Haynes, who does all the PR and distro work for this great label. As to Brendan Murray we have heard him represented on 23Five, Sedimental, and Unframed Recordings with his low-key indistinct rumblings.

On today’s work, Connector (HELEN SCARSDALE AGENCY HMS045), the exact processes of realisation are not exactly explained to us (perhaps the best way), but I gather it’s got something to do with damaged tapes, which have been chewed up by tape heads or even demagnetised to some degree. When either of these things happen to a tape, playback becomes highly erratic (to say the least). Stelzer provided the tapes, Murray provided further “obfuscated field recordings”, and may have been responsible for the compositional plan. If we can gauge anything about this plan, it’s certainly possible to characterise it by its long-form tendencies; unlike some creators who like to edit and chop their work into mincemeat, the sounds on Connector project the impression of a very long, intense stare at something, drinking in the view without blinking. We just don’t know what it is we’re looking at, as the target of our sensory apparatus simply refuses to come into focus. But it’s utterly compelling nonetheless.

While Murray may have been a bit obscure and minimal on previous outings, this one is highly rich and maximal in terms of its organic, crumbly textures. I seem to be suggesting you could use it to plant out a shrubbery, which you probably could. They’ve found ways to make the sounds printed on magnetic tape highly flexible, almost as adaptable as modelling clay. The other thing to note is that these guys both live in Boston and are old compadres of the mysterious-phonographers Mafia in the USA. Yet they haven’t collaborated until now. Apparently they are now so mentally attuned and able to complete each others’ sentences that the creation of Connector was entirely “stress free”, according to the press note. “You don’t fuss over it or worry about it,” says Stelzer. This can only be a good thing. Any real artist knows the point at which the creative process is turning into a neurotic, over-worked chore, and this tends to have a bad effect on the work.

If Stelzer’s assessment is accurate, this probably accounts for why Connector is such a satisfying listen – all of apiece, naturalistic, unforced, intriguing, and positive in tone despite all the ambiguity. From 27 November 2017.