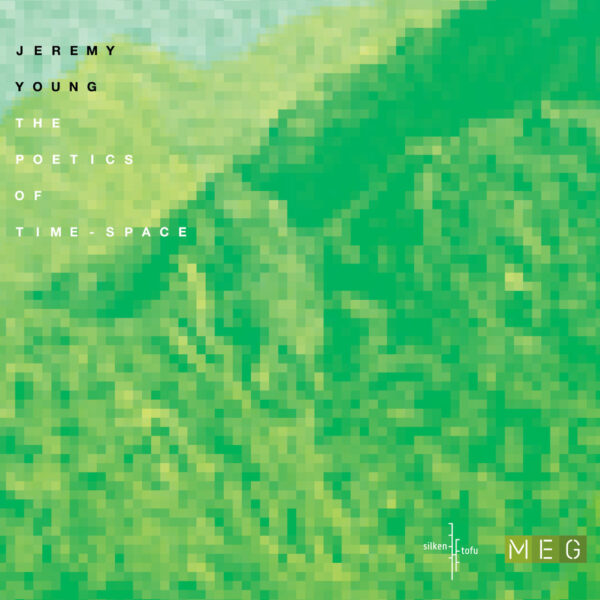 Jeremy Young is I think an American composer, although he sent us a copy of The Poetics Of Time-Space (SILKEN TOFU stx.53) from Montreal, where he currently resides. He works with electro-acoustic composition, tape collages, that sort of thing; one thing that apparently appeals to him is the surface noise of old records and the faults in old tape recordings, drop-outs, and damage wrought by time; to put it more simply, he’s as interested in the medium, the sound carrier, as he is in the sound printed on it.

All of these interests are evident in The Poetics Of Time-Space. To realise this work, he was allowed access to the Archives Internationales de Musique Populaire, a collection which resides in Geneva as part of the Musée d’Ethnographie. Here, Jeremy Young got his hands on old LPs and 78s from the 1950s and 1960s, plus historic tape recordings made by ethnographers around the world, and used these to derive samples. The Poetics Of Time-Space presents his assemblage / collaging of these samples, arranged and divided into five “reels”, each of which is an imaginative and fantastic voyage across space and time lasting for some 10-12 minutes at a time. In the album’s notes, Young makes plain his delight in “audio space and surface”, and these collages tend to highlight things like static, tape hiss, microphone cut-outs, accidental fluctuations in volume, and clumsy mic positioning. But they also present snippets of music and field recordings from history, taking in Asia, Australia, Indonesia, Japan, Vietnam, Jerusalem, and many other international locations; the composer draws no lines, freely roaming around geographic boundaries and historic periods, blending cultures as he does so.

This is where the “poetics” come in. In doing this, he’s trying I think to dissolve these boundaries, and instead present a “chart [of] sonic areas” according to his own lights, his own personal sound-map that recreates the world through connections of timbres, sine tones, sonic correspondences, aural coincidences. He explains the detail of this, with concrete examples, far better than I can; prospective listeners are advised to read his notes closely to fully understand his intentions. I should stress, as he does, that there is also a sense of fun underpinning this album; he likes the idea of “inserting [himself] in this music, recomposing it from the inside out”, perhaps performing the audio equivalent of what Woody Allen attempted in Zelig, inserting images of his character into historical footage. But Jeremy Young doesn’t tell stories, so much as create an aura of gentle absurdity; even when the music is beautiful (and in some cases devotional or religious), and the songs of birds and the sounds of nature are innocent, The Poetics Of Time-Space will attempt to tilt the view so we see it all from another angle. A kaleidoscopic view, in fact, compressing audio events into an impossible and fantastic image.

No faulting Jeremy Young for his ambitions on this work, and his meticulous citation of every single source provided within three pages of notes in the booklet is also welcome. Though it’s charming and clever, I still find the record vaguely unsatisfying; its juxtapositions are not especially bold, nor do they reveal as much hidden truth as he seems to think. I also regret his tendency to lapse into rather banal melodies and ordinary contemporary electronica, at times verging on easy-listening. Even so, it’s an original statement and very well-crafted in its execution. From 20 November 2017.