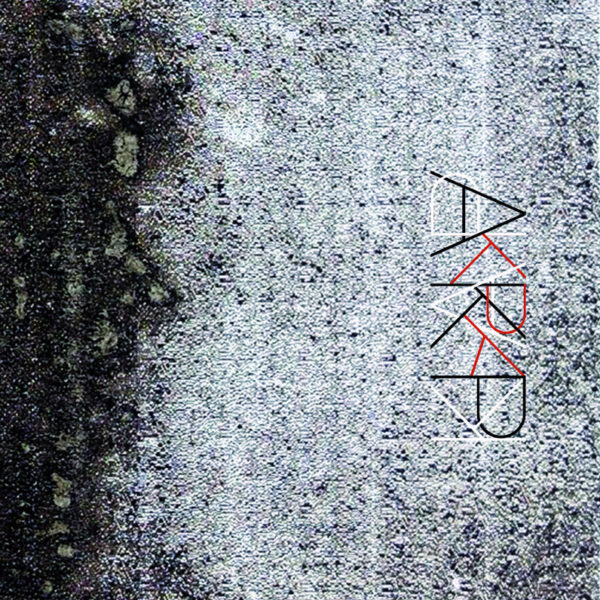 Latest missive of baffling electronic minimalism from the very good Berlin label Emitter Micro – for a change this one is packaged as an ordinary CD in a digipak (they have been known in the past for their attention-getting packaging strategies). AKP [AABA#10] (EMITTER MICRO 008 / MIDDLE EIGHT RECORDINGS 010), jointly released by Middle Eight Recordings, features two tracks by Kris Limbach, two by Anton Mobin, and one by Pierce Warnecke, every one of them faceless and brilliantly anonymised stretches of sound, full of puzzling gaps, every footprint erased as they drag their steel equipment through snow on a sledge. Even the titles make plain – or rather do their best to conceal – the inner state of their mental processes, alluding to voids, time, rifts, and sleep. These are heavy abstractions best left to ultra-advanced scientific institutions, speculative mathematicians, or crazy avant-garde painters who execute gigantic grey canvasses 20 feet wide.

For those who enjoy dark unseen rumblings, blocks of metal served for breakfast, unexpected shocks of abrasive noise rubbed into your tissue, and everything wrapped up in packages with little contextual explanation, then AKP is the album for you. If indeed that is the title, as the front cover does its best to confuse us even further with its typography printed in different colours, letters printed backwards or sideways, layered on top of each other. It suggests to me that these three Germans have gone so far in their daring experiments that they have surgically grafted their own bodies together, and now stalk the earth as a six-legged monster with three heads. This is to say nothing of the foreboding black background of the CD artwork which might be the detail from the pixels of a horrifying bitmap, one which if seen can kill a man. (Yes, I’ve been reading a stupid sci-fi novel called Snow Crash). Well, we can just about make out some of the printed information inside, which indicates that the music/sound here was created with “prepared chamber”, taps, drums, rotors, laptop, electronics and computers, was done both live and with multi-tracking, and the threesome may have been involved in processing and editing each other’s emissions. Great stuff. That “prepared chamber” worries me though…we’ll be lucky to come out alive. (From 08/01/2018)