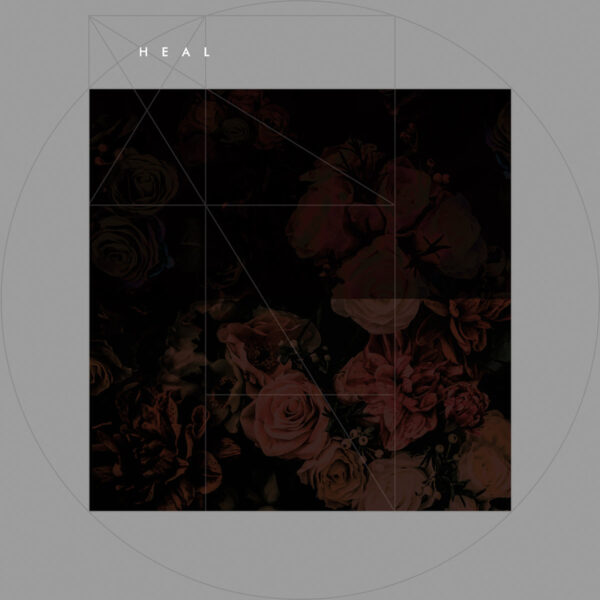 French electronic genius Laurent Perrier is well known in these pages and used to send us releases on his own Sound On Probation label, often recording under aliases such as Cape Fear and Pylône. Under his Heal alias, he’s here today with Espace D’Incertitude (SOUND ON PROBATION SOP 017). The music was originally composed as soundtracks for dancers, but in assembling this LP he’s made it into an album of two halves, paying tribute to the history of the synthesizer. Two aspects of that device, at any rate.

On side A, the Buchla is showcased. The Buchla I believe has its origins in San Francisco in the early 1960s, and was developed under the auspices of avant-garde composers, including Morton Subotnick. As far as I understand synths (which isn’t very far at all), the best way to characterise the instrument is that it’s “modular”, meaning that the separate functions of the instrument are hived off into boxes which can be brought into play and controlled as needed, each one generating their own special sort of sound event. To pay homage to that modularity (I assume), Heal plays five short and snappy instrumentals. Far from resembling the music of Subotnick (or indeed anything avant-garde), they are pop music – jaunty and entertaining tunes with clunky beats resembling primitive drum machines. The press notes don’t delve much into the history of Buchla, except to call it a “mythical synthesizer” and point out that Heal’s music “takes advantage of its bareness”. Perhaps this “bareness” refers to a certain simplicity in the Buchla’s design when compared with a modern digital workstation, although it also depends which model he used – I gather Buchla moved with the times and added Midi and computer controls on later models.

The “Mutable Side” of Espace D’Incertitude refers I suppose to Mutable Instruments, a French company whose brand of synthesizer claims to be building on the work of Serge, Moog and Buchla before it. It too is based on the modular principle, but Perrier likes Mutables because of their “renewed approach” to modularity. Beyond that I’m unable to tell you much more, except the music on Side B is quite different – slower, more emphasis on melody, with rhythmic pulsations; and a shade more polish to the finished work, compared to Buchla’s rawer untreated sounds. He almost describes it as “ambient”, but there’s much more definition and economy in Heal’s work than we usually get from music associated with that genre. As a crude benchmark, if the Buchla side is like Autobahn, then this side is more like an extended version of ‘Heimatklänge’ (from 1973’s Ralf and Florian).

While something of a slow-burner, this is one of the best things we’ve heard from Laurent Perrier, a satisfying and thought-through package of musical ideas. The “uncertain space” he refers to in the title is echoed in the “delightful uncertainty” which playing with these instruments can bring to a musician’s work; I assume this means there are many variables and unpredictable elements to be discovered within these modular boxes. From 19th January 2018.