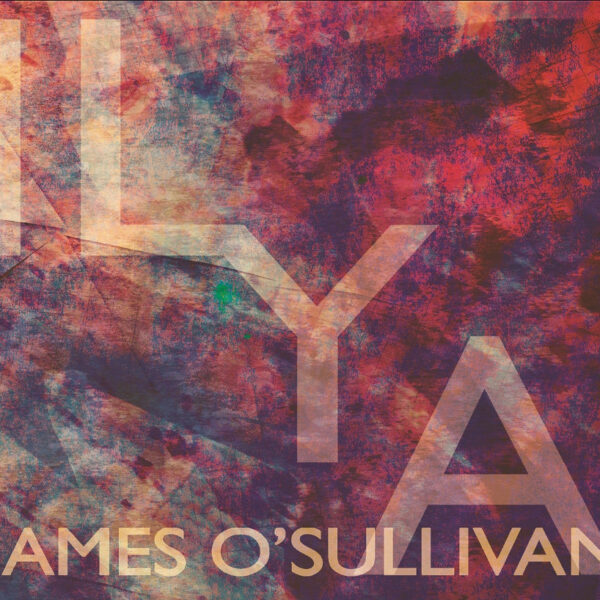 Solo CD by James O’Sullivan is IL YA (LINEAR OBSESSIONAL RECORDINGS LOR96) containing four instances of recent solo amplified guitar improvisations by this English fellow. Haven’t heard him since 2013 with the CDR by Found Drowned (of which James is a member) and a solo CDR Feed Back Couple on Forwind (both noted here). The solo format allowed O’Sullivan to stretch out to some extent and experiment with lengthy meandering abstractions not possible with the Found Drowned trio. Finding IL YA enjoyable, but not especially challenging. Concede that O’Sullivan is very able with subtleties and teasing unusual and understated sounds from his instrument. But also find his range rather limited. The majority of time seems to be occupied with a gentle sustained rattling and chiming sound that is familiar to me from so many of my beloved country blues records when a slide guitarist applies the bottleneck and exhibits their chops; a wonderful “floating” effect is the usual result, probably the same phenomenon that famously prompted Captain Beefheart to exclaim “hit that long lunar note and let if float” to Zoot Horn Rollo. I’d like to have heard something more adventurous and focussed from James, instead of these rather provisional and hesitant statements. Even so I find myself succumbing to the unchanging monotony of these solos, which I do enjoy; instead of the usual sucked-into-a-whirlpool sensation, it’s more like sinking gradually into some rather friable earth inside the garden of a wispy estate manager. The press notes praise James’ originality and quietness, finding it a welcome antidote to “the furious scrabble of most solo guitar records”. From 23rd January 2018.