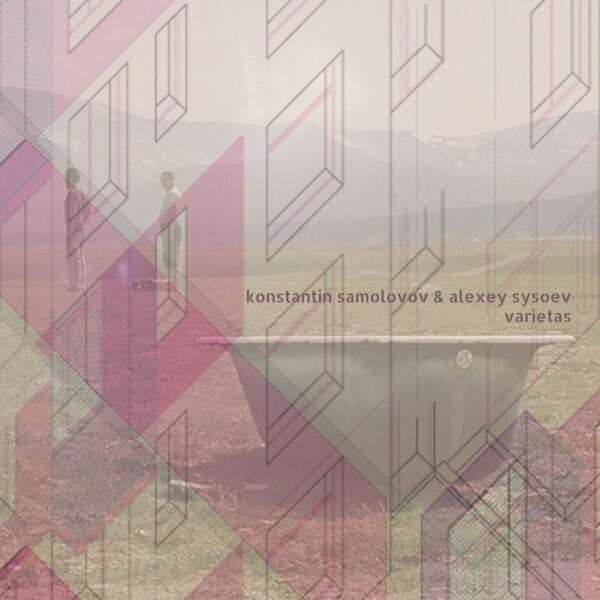 Konstantin Samolovov is a Russian avant-garde drummer and co-founder of the Spina!Rec tape label whose outputs are often noted in these pages. Here he is teaming up with Alexey Sysoev, an electronics guy who we have heard performing with Denis Sorokin on a 2014 tape from that label. “Shabby, disorganised, and virtually unlistenable,” was my verdict at the time. On Varietas (INTONEMA int026) we have two tracks recorded at the Dom Cultural Center in Moscow, with Samolovov rattling his objects and percussion while his radio set and voice recorder sometimes sneak in some stray vocal obligattoes in the background, while Sysoev is wringing the guts out of his set-up (mixing desk, Max/MSP, Ableton) with his unyielding, clasping digits.

This release is heavy going and at times felt like sheer purgatory…no rhythm, no patterns, no friendly sounds and few recognisable sources, and the surface sound is about as abrasive as a chewed crocodile hide. Even so I found myself caving in and surrendering to the unpleasantness of it all, admiring the way they keep going at it as if they were going five rounds with a greasy pig in the wrestling ring. I often have a soft spot for this kind of formless abstract music if the players are persistent enough with it (with similar escapades on the Public Guilt label, I find the musicians – many of them West Coast Americans – are just too willing to meet me halfway). This isn’t to say Varietas is “uncompromising”. That word was often used far too freely, especially in the 1990s, when writing about any improvising musician on an underground label, as if conferring some sort of moral high ground on their position. With Samolovov and Sorokin, I think it’s just plain stubbornness; these guys won’t budge, and keep on grinding away at this joyless, unrewarding task of music production, regardless of whether it means anything to an audience. Long after their original aim is forgotten, they still keep on doing it, going through the motions like disaffected badly-made robots.

The long track ‘moto’ is the more satisfying of the two in all respects; 25 minutes of rattling objects and electronic grunts set forth with the grim determination of a wrecking crew entering a deserted shopping mall. ‘Cycle’ is just too short even at 11 ½ minutes, and the playing feels tentative, full of uncertain gaps. The cover artwork deserves notice; sees to combine a photograph by Alexey Sysoev of men standing somewhere on the Steppes and regarding a bleak mountainscape view. This has been overlaid with a drawing by Alexandra Samolovoa, whose grey lines and pink blocks suggest the side of a gloomy apartment block. The total effect is to convey how lonely and separated we are in modern society, city life is a trap, and there is no possibility of escape or communication. Great! From 9th February 2018.