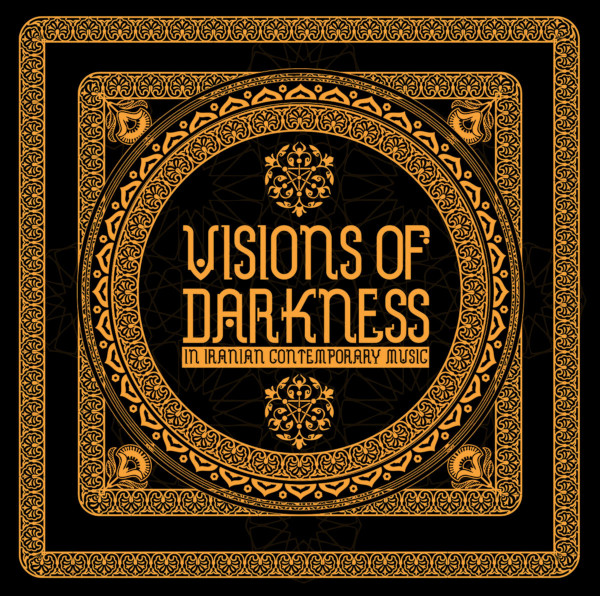 Of all the countries in the developing world that might have an alternative / experimental arts and music scene, the Islamic Republic of Iran might be considered one of the least likely to own up to having such a scene. OK, maybe there’ll one or two dissident artists working on their own, maintaining contacts with the outside world through friends and online, and occasionally gaining permission to travel outside Iran now and again. In the past I reviewed some experimental and rock / pop music from Iran for TSP but most of the artists whose work was covered began their careers in the 1950s – early 1970s. Imagine my surprise then when Ed Pinsent bowled over this double set from Cold Spring Records my way. Initially I snorted at the CSR association – what, more “dark ambient” from these guys? – but a small sane part of my brain prevailed and led to a few hearings of the whole double set. As it turns out, this is a good survey of the current scene of alternative and experimental music, with the emphasis on dark mood and atmospheric soundscapes, as it may exist in Iran. (I say “may” as I don’t yet know if the artists on the compilation come from cities and towns across Iran or work mainly in the capital Tehran.)

If you were expecting a lot of very morose and downbeat music by people worn down by religious oppression, banish those thoughts: many tracks, especially those on Disc 1, have a lot of energy, urgency and passion invested in them, even if that energy is not always peppy and crackling. Quite rightly we start at the deep end with Saint Abdullah’s multi-voiced “Unforgotten Promises” and the windswept chill and wide dark soundscapes of “Longing to Return” by Xerxes The Dark, the highlight of which is a low sonorous throat-singing vocal. From here on, I’ll just pick those tracks that really caught my attention first time and stand out among the mostly instrumental mood pieces. In “Wherefore the Worm Universe”, artist Limen offers up a long track of sizzle drone, electronic string melody, industrial sound effects and a spoken voice recording that makes the whole piece sound like a soundtrack for a short dystopian sci-fi animé film. Further ahead, Hossein RangChi’s “Mute” is a bit slow to get going with a long two-fingered piano melody over a noisy drone background taking up a good first half before mysterious extraterrestrial froth, bubble and whoozy effects and a drone suggesting a spaceship about to crash-land take over. Much shorter but just as strange with scraping discombobulating noise effects is Narcissa Kasrai’s “Articulation”.

Onto Disc 2 we go with DSM’s “Nowruz”, a strangely downbeat and morose number for a track named after Persian New Year. Perhaps the contrast between the title and the music is deliberately sardonic. Most tracks on this second half of the set are sombre, even bleak in mood, and to be honest many are monotonous and uninteresting. Nyctalllz (whom we actually met earlier in his Xerxes The Dark avatar) offers “Daeva”, a mysteriously edgy quiet noise piece with a worryingly sinister wobble insect counter-drone. Poo Yar’s “Burried Alive” (sic) starts promisingly with birdsong field recording ambience and keeps going with some intriguing cricket-noise twitter but somehow gets stuck in a thicket while far in the distance some lounge music is sighing. At least Poo Yar has the right idea in trying to get this listener’s attention and hanging onto it – most other tracks on this disc start and stay for too long in a low-key droning monotone and only around the halfway mark do they perk up with something different, by which time listeners with shorter attention spans will have long gone onto the next track after the next. Some relief comes with Mehdi Behbudi and Vahide Sistaani’s “Tehran Moonlight” which brings the listener back to reality with a Farsi-language monologue over the famous Tehran traffic-jam crush ambience; still, a good part of the track at its beginning and end is given over to sounds reminiscent of a toothpaste tube being given a thorough work-over to squeeze out its innards.

I much prefer Disc 1 over Disc 2 though I’ll admit several of the Disc 2 tracks would probably sound a lot better on their own than next to one another, forming a long series of boring drone pieces. Listeners are best advised to hear the second disc track by individual track, not in any particular order, and come to their own opinions of the worth of the music. With much of the music on offer across both discs, I must admit I had no sense of the musicians pushing their instruments or effects to their sonic extremes; in this respect, Xerxes The Dark’s contribution is the stand-out track. Perhaps Iranian musicians, even underground / experimental musicians, are a little too conscious of their nation’s long musical heritage and sophistication; they need to lighten up a little and just go for broke with what they have! Curiously, come to think of it too, very little experimental music here featured much in the way of Iranian and other Middle Eastern / Central Asian instrumentation and music structures: much of it could have come from any major city in other parts of the world.

Nevertheless for all its faults and the music it could have included, this double set is an intriguing snapshot of the underground scene in Iran as it currently stands.