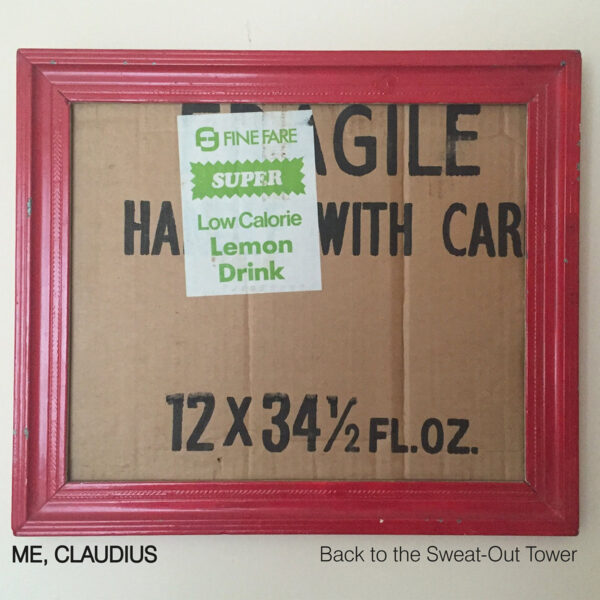 Object that does not yield its secrets too readily is Back To The Sweat-Out Tower (LINEAR OBSESSIONAL RECORDINGS LOR100) by Me, Claudius, an electronica-sampler compositional solo act who may or may not be from Wales; she intends to keep a low profile and reveal little to the world, not I suspect from some sense of mysteriousness or Theory Of Obscurity, but for more personal reasons. At a time when everyone remotely creative is still competing like mad to grasp at their 15 minutes of fame, one is naturally inclined to favour the quieter and less superficial artiste, one who simply wishes to preserve their privacy. This virtue extends to her music and indeed the whole release. It’s so private it almost fails to communicate; it feels incomplete and somehow unfinished at every turn, every opportunity to say something is left dangling, and remains rather unclear as to its intent. I would also say this about the ambiguous cover art (cardboard box in a frame; conceptual art or jokey prank, comment on ecology?) and the track titles, which are like fragments of dialogue from a forgotten play; my personal favourite is ‘Hold Your Shape, Church’. But like that church, this is an album that obstinately refuses to hold its shape. Samples, noises, loops, repeated abstract sound-phrases that mean nothing and other assorted detritus are stitched together in a bag, held in place by errant beats from a plastic drumbox whose batteries are on the fritz, and then the whole Magoo is thrown out of the window like last week’s laundry. It’s up to the listener, I suppose, to make something of this audio-jumble. Even I, addicted to jigsaw puzzles, failed to piece this one together into a single picture. Contributing to the general sense of “speak up a bit, please” is the creator’s proclivity to mumble her vocals and mix them into the array such that we stand zero chance of decoding a single syllable. Press notes charmingly call this approach “lower-case intoned lyrics”. I’m all in favour of this deferred payoff, this deliberate masking, this obliqueness verging on the obsessive-compulsive. What I wish is that Me, Claudius would just cut loose once in a while and make with a decent energy release, maybe a blast of noise, a cry of passion, anything with a drop more juice in the veins. As it stands, it all feels emotionally blocked, distant, enigmatic, overly-controlled. (19/02/2018) 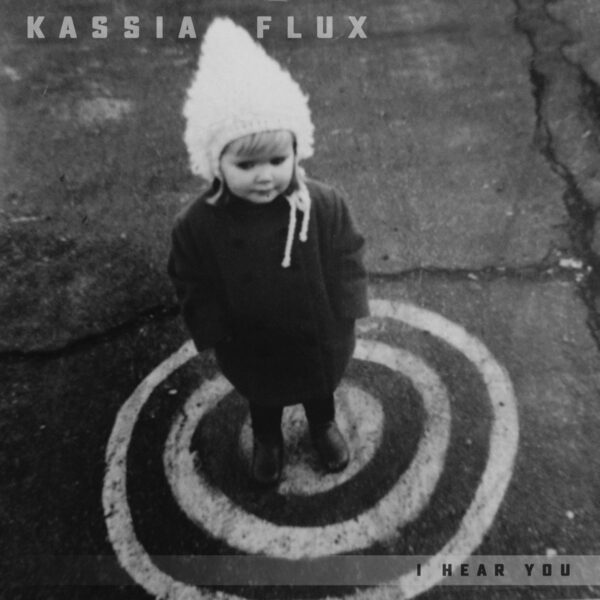 Kassia Flux is another woman performer though not so concerned with remaining anonymous. At least we know she used to be part of Redzone, is based in London, contributed one track to this label’s compilation A View From A Hill in 2017, and is also a genetic scientist. I Hear You (LINEAR OBSESSIONAL RECORDINGS LOR103) appears to be her first solo record, and I find it’s slowly winning me over with its varied bag of beetles and small armies of chirping crickets, each track an index of how much experimentation Flux is prepared to delve into in pursuit of her highly personal aims. Maja Osojnik is for me one of the high benchmarks of a woman solo creator who has gone further and dared to be more vulnerable in print than many masculine experimenters, yet she remains marginal and misunderstood; Kassia Flux isn’t quite in Maja’s league, but she could get there by stronger cultivation of her craft, and through digging more deeply into the tunnels of painful honesty. With this record, I’m finding myself more distracted than moved by the surface techniques – quite a lot of echo, extended notes, distortion, layering…but at least it’s all in the service of some highly imaginative, and at times very opaque, sketches of the human psyche. I’m particularly fond of the voice in this context (instead of all the droning and glitching being produced by machines) and Kassia has a distinctive vocal contribution to make. She’s also keen on “wild manipulations”, as the press note calls it, which means I assume applying the reprocessing knobs and magic boxes in painterly fashion, thus warping all the sounds as far as she dare take them into the realms of unreality. This strategy pays off for the most part, because when the final track kicks in, we suddenly hear field recordings of “real life” – other people tramping up and down stairs or marching about in some interior conclave and yapping out to each other. After all the semi-surreal gloop that preceded this moment, it was for me like waking up from a strangely compelling dream. (19/02/2018)