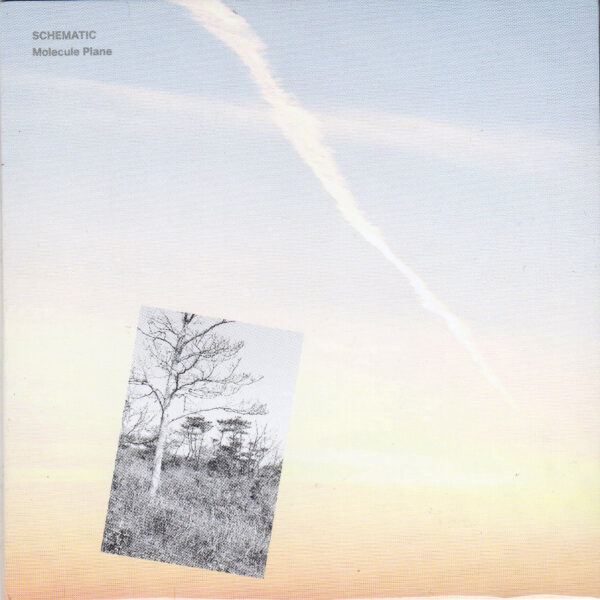 Latest collection of records from the Kyou label sent to us from Kazuya Ishigami in Osaka. We first noted this label in March 2018. He continues his Neo Electroacoustic Ambient series with these new records. These all arrived 6th February 2018.

Schematic (KYOU-009) by Molecule Plane is an excellent set of compositions by Yuki Ohtsuka. By day a hard-working sound engineer, he uses his Molecule Plane identity to further his “electro-acoustic hardcore” project, sometimes referred to as “drone punk” or “ambient punk”. No loud guitars, shouty vocals or wild drumming on Schematic, but there is some exceptionally hard-edged electronic music, of a purity and clarity which is quite rare. Ohtsuka produces these clean, abstract sounds through a technique he describes as “enormous layering of sustained tones”, and I can well believe it if you listen deeply enough into these works, which seem to contain enough content to stock up an architect’s office with blueprints for the next few hundred years. As with other releases in this series, we seem to have the vision of a futuristic city or dome-like environment, and the music simply takes its time delineating every single surface, right angle, and textures of everything from brushed-steel handrails to ultra-white matt décor on the walls. I’d like to think that Ohtsuka has found a way to improve on the “atmospheric” wing of 1980s industrial music and its adherents; he has a delicacy and lightness of touch that eludes 99% of players in that genre. Number 7 in the Neo Electroacoustic Ambient series; utterly compelling immaculate music, and somehow it conveys a sense of “hearing the truth” through its clear-eyed, matter-of-fact approach. 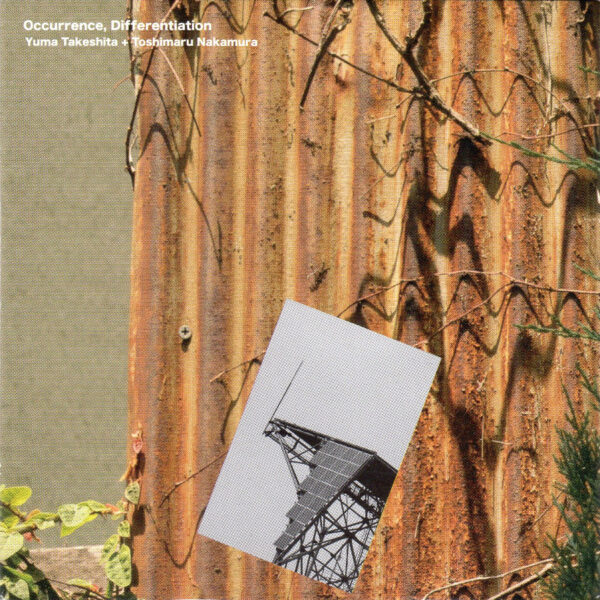 Occurrence, Differentiation (KYOU-010) is less a precisely-crafted delineation of an imaginary urban space and more of an intensive deep-dive into the realms of digital-electronic noise thrumper-brenkiage…Toshimaru Nakamura lends his mixing board to the task, joining Yuma Takeshita, the Osaka fellow who has been doing it since 2001 and has been building his own customised instruments for about seven years. One of these is a modified bass guitar kitted out with additional devices, which presumably help improve the whomp and thwack of that instrument. There’s a solo cassette called Mechanization from 2017 which contains evidence of his experiments, including in a live setting. While Toshi, the emperor of controlled feedback, has been known to emanate subdued blasts in a minimal context, Occurrence, Differentiation is a totally maximal beast without an inch of wasted space nor any time wasted contemplating the empty silence. Plenty of textures, tones, noises and blocky-sugar-puff shapes to get your teeth into. Another thing I like is that there’s no attempt by either musician to tell a story, vary the dynamics, or weave an impromptu symphony of some sort; once the groove is locked in, the pair ride it out for the duration, punching home the information with a steady, remorseless drive. In this, they exhibit a similar concern for “purity” as Molecule Plane above. Number 8 in the Neo Electroacoustic Ambient series, and quite a fangsome growler it be. 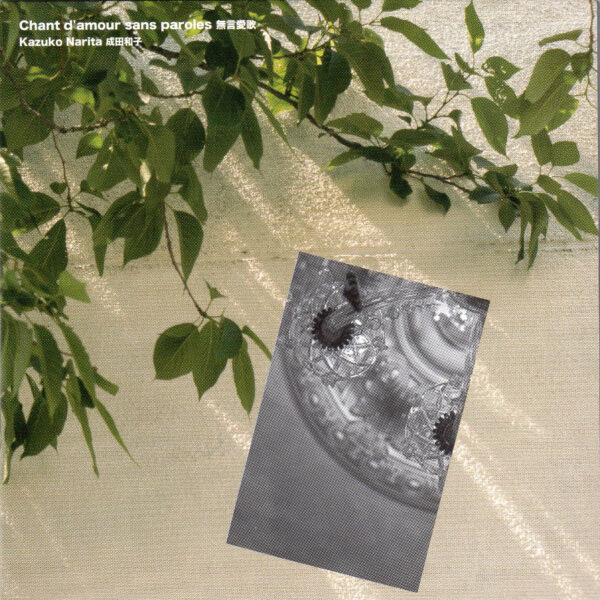 In the company so far, Kazuko Narita is decidedly more “conventional” in that her music follows closely in a tradition – that of musique concrète, which reflects her studies in Paris in the 1980s where she took a class at the National Music Conservatory. Presumably a bust of Pierre Schaeffer sat on the desk and they had to salute the IRCAM flag every morning. The lessons took, and for a while she worked only with cut-up tapes pasted by hand onto a reel – the good old-fashioned way. Narita’s Chant D’Amour Sans Paroles (KYOU-011) most closely resembles (to me) the work of Lionel Marchetti (or indeed hamaYôko, his partner and collaborator) – there’s the same unhurried pace, the use of small near-indiscernible details, and the overall air of dream-like surrealist poetry. To put it another way, Kazuko Narita is less concerned with laying bare the mechanics of tape machines and playing with the materials of magnetic tape, and more about creating her very personal narratives and atmo-scapes. While she does retain a few identifiable musique concrète “gestures”, and even some of her titles are expressed in the French tongue, she’s got plenty of her own techniques and ideas packed into her computer (which she has been using since the 1990s). Lyrical, ingenious, beautiful; superb combinations of abstract noise, field recordings, nature, imagination and sound manipulation. Don’t think “cinema of the ear”, this is more like a form of poetry that can touch you in ways you’d never have dreamed of. Number 9 in the Neo Electroacoustic Ambient series. 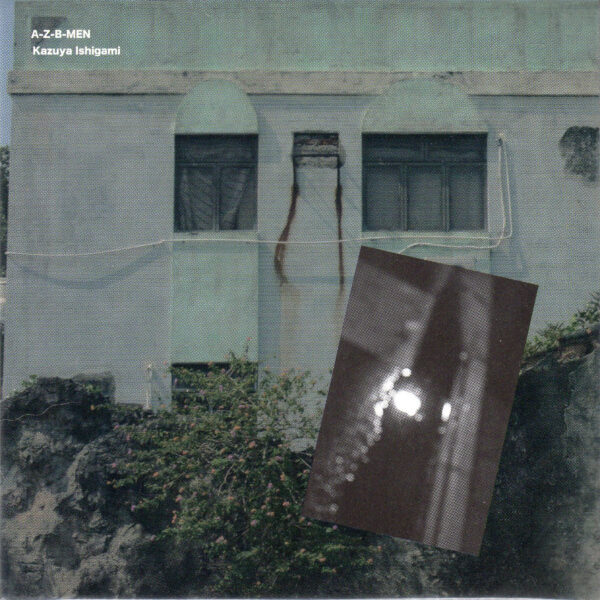 Kazuya Ishigami is the co-curator of Kyou Records and we first heard his music in 2017 with his Cleaner 583 album, characterised by its near-tentative wispy sound and its gentle probing of an imaginary infinite space. There was also the Canceller-X album, which likewise deployed extremely delicate and fragile tones. Some of these qualities persist in A-Z-B Men (KYOU-013), the solo album which is Number 10 in the Neo Electroacoustic Ambient series. “3 pieces of long drone ambient” is the only contextual description we are given, although two of them may be reworkings of previous materials from the OmoteToUra cassette, and one of them derived from Modest Worry (an online release). What I’m enjoying here is the simplicity and directness of this very beautiful music, slow and steady, content to stay in one place for a very long time. Somehow it’s not trying to “prove” something, as I often feel is the case with classical American minimalist music; and unlike the compositional approach of that school, Ishigami’s music doesn’t seem too much in allegiance to systems or grids, evolving in its own sweet way by far more mysterious rules. Unlike the previous records I’ve heard, A-Z-B Men leaves more of a stain on the memory, perhaps just through the simple trick of persistent throbbing patterns which typify the music here – yet these patterns are not exactly predictable, and their presence dissipates almost as soon as I notice it. I also felt, particularly on the long first track, that the tones themselves were on the verge of disintegration, audibly decaying in front of us, yet somehow regenerating against all the odds. It’s not as though Ishigami creates especially violent worlds (far from it), but there is a force and tension at work here, subtle though it be. Consequently any “mood” or emotional state this music creates is rich and ambiguous, and seems to be contented and soothing one moment, sorrowful and poignant the next – unless this is just your listener projecting onto it…a fascinating set. The first cut ‘A-Men’ is the clearest example of the mutability to which I refer, but there’s much to enjoy in ‘B-Men’ with its steady machine-like ventilator humming and layers of ghostly murmurings passing throughout. There are few composers who can achieve this degree of transparency, of openness. Muchly recommended. 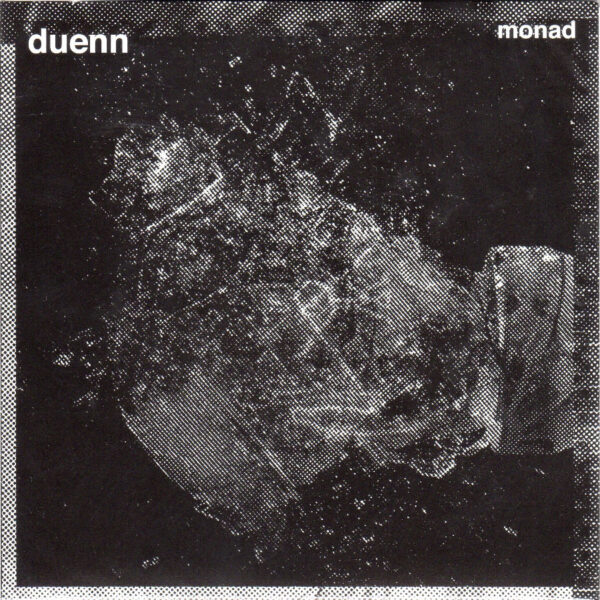 Unrelated to the above series, though on same label and found in same envelope, is Monad (KYOU-012) by Duenn. A double CD yields two long tracks of ultra-minimal electronic music. Duenn also runs a cassette label in Japan named after himself, and since 2011 has released some 44 tapes – mostly understood to be in the drone / ambient genres, and mostly from Japanese artistes such as Takayuki Shiraishi, Riow Arai, Buchikamashi, Synth Sisters and others…plus some more well known names including Merzbow, Francisco López, Celer, Lawrence English, and Chihei Hatakeyama. I can see how Duenn’s gentle yet insistent approach to the genre fits right in with the Kyou records aesthetic; there’s the same combination of wide-awake dreaming with a more factual documentary approach, which can verge on the delirious – in its understated way. Disc 1 is ‘Element’, which encapsulates audible water recordings along with suggestions of a freezing wind passing over mountain tops – A Hokusai painting in sound, as it were. The sounds are intermingled with general ambient tones and drifting shapes, done seamlessly, and to great effect. I feel both lost in a new world and yet rooted to the spot in a tiny modern apartment in Tokyo, hearing and seeing traffic sounds outside a large window. Disc 2 is ‘Boundary’, and it foregoes that sense of pastoral beauty in favour of a grittier, more unsettling atmosphere…the episode is full of crumbly textures, tiny rocks, and coral reefs, arranged to the tempo of a slow-moving irregular pulse. I suspect this material is highly layered, perhaps like most of the other records on Kyou, but the listener is never over-burdened with the weight of multiple overdubs, nor is the air clogged with harsh noise. Like the cover artworks for this too, especially the back cover which does seem to contain an image of John Dee’s infamous monad (or something similar to it), emanating a series of concentric energy rings from the head. Very good.