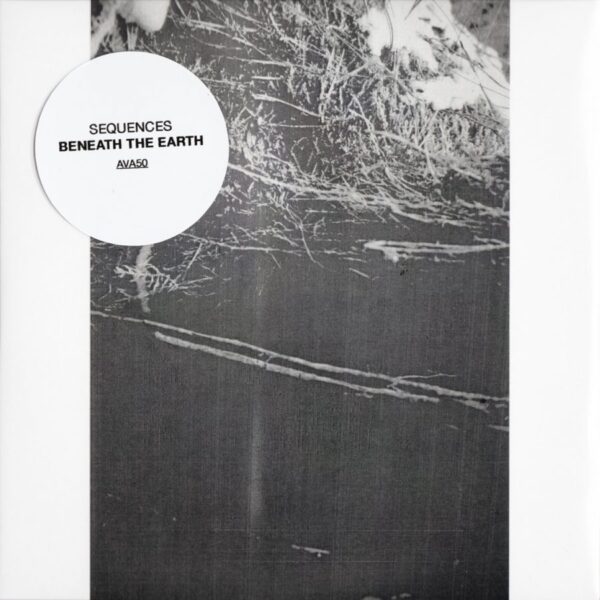 Superb low-range droner from Sequences…the aim of this Belgian solo creator Niels Geybels is to evoke a subterranean mood, and in Beneath The Earth (AVA50) that is successfully achieved. I suppose to get the complete picture you’d need to subscribe to the creator’s publishing imprint, which is called Audio. Visuals. Atmosphere. and purchase a copy of his book by the same title. In it, you might see collages and photographs which are described as “abstract elements of nature” and which probably do a lot to further the aesthetic plan. I only have the CD, but with its mysterious and faintly foreboding cover (photocopy of a photograph) and stirring track titles like ‘The Inert Volcano’ and ‘The Mist Ensure’, not to mention ‘The Repining Inlet’, I have a glorious sense of vertigo already. This is to say nothing of the immaculately realised music, which scores heavily on the beautoid-seismograph. It feels carefully arranged and structured; no empty ambient droning, rather each sound weighed carefully for its contribution to the overall schema, and added with deliberation. The flows, pulsations, rhythms and patterns all feel as powerful as those of nature itself, as though the whole earth were sighing and breathing.

Although Beneath The Earth feels very much all of apiece, you might be surprised to learn it’s a compilation of works composed and recorded between 2014 and 2017, which leaked out on various cassette labels, on albums with titles such as Optical Resonances, An Event For Oceans, A Darkness Visible, and New Brutalism. These titles alone may indicate something of the grandeur of the music, the sense of epic scale. It also shows how Geybels has been pursuing his singular vision with a great amount of determination and conviction, slowly creating related chapters of a great work, a process which I assume will continue until he has succeed in charting and mapping the entire globe in musical form. We are very much reminded of James Hamilton and his Xenolith record (noted here), which not only explored a similar subterrranean theme but also was an index of the single-mindedness of its creator. Warmly recommend this beautiful collection. From 21 February 2018.