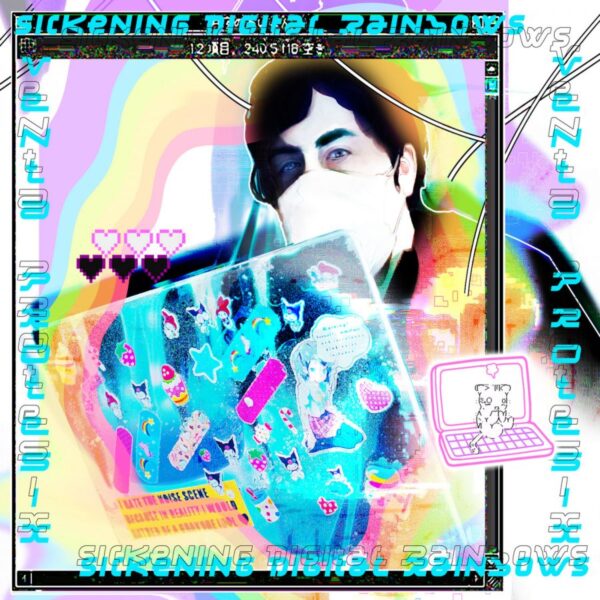 Even without these trappings, Venta’s noise remains obnoxious and repellent, mainly due to the high trebley tones, the limited aural range; half the time it just sounds like a 1980s computer game going mad, which is probably the general idea. He also spews out each nonsensical madcap spree with virtually zero concern for composition, unless you count devices stuck on repeat play, endless inane looping, and nauseating digital tones sprayed everywhere like so much scattered ejaculate. “His one true goal,” the label blurb informs us, “is to design sounds with the specific, single-minded purpose of generating physical distress in his listeners.” In spite of all this, I’m still finding today’s spin great fun, a candy-coloured roller coaster ride through empty, vacuous non-music…one bonus might be the fact that he evidently doesn’t expect to be taken “seriously”, like say Merzbow or Zbigniew Karkowski or even Mattin, and his day-glo doodling can be enjoyed on a very superficial level without any of the trappings of “art”. Maybe I’m getting used to this stuff these days…or perhaps I need to play it louder. I think this came out in October 2017 but we got our copy on 27 February 2018. I mention this because the CD seems to be sold out already. No matter, stream it on Bandcamp…and let the vomit flow!