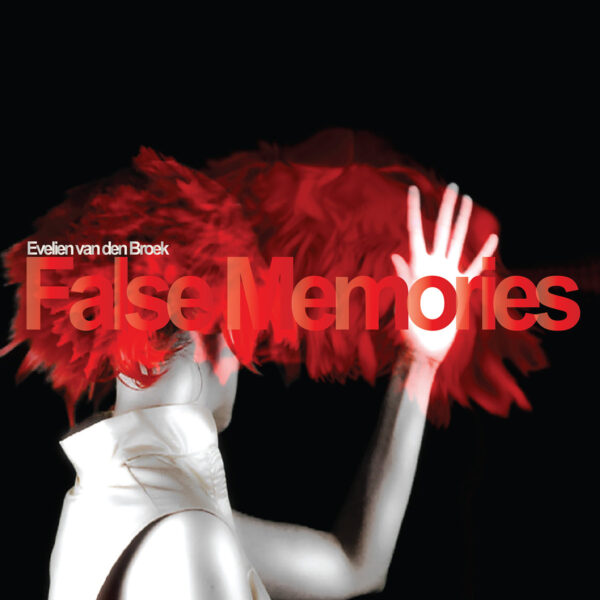 Mannered and eccentric “avant-pop” music from Evelien van den Broek on her False Memories (EVBD01) record, sent to us from Amsterdam. The source for the lyrics is a collection called The False Memory Archive, assembled by the artist A.R. Hopwood, which turns out to be a meticulous collection of anonymously-submitted recollections from members of the public, all of them admitting to having very clear memories of events that never actually happened. Van den Broek has made it her task to recast this content in the form of wayward songs, which she performs in a variety of styles – changing as needed from a torchy-singing Billy Holliday to an opera-inspired classical soprano, by way of “experimental pop” forms. She does this to a crazy backdrop of keyboard music supplied by Tony Roe and some trombone work from Koen Kaptijn. Stylistically, we’ve got traces of several genres mixed up in this brew, including modern classical, cabaret-styled jazz, electropop beats, and probably more besides.

Mixed results; while there are moments when this patchwork quilt of odd sounds does produce something innovative and noteworthy, it’s hard to discern the underlying plan; the album swerves between banal MOR music and less conventional sounds, and everything feels somewhat unreal. Evelien van den Broek has a strong voice and there’s conviction in her delivery, but she lacks a talent for devising a strong melody. She’s also unable to personalise the work; I understand the texts are “found texts”, and that they describe events that never happened, but she doesn’t make the memories come to life. Rather, she affects a distance, and seems to be observing them clinically, like curiosities in a medical cabinet. I can’t help thinking that if Kate Bush had ever tackled the same subject, she would have inhabited the characters more successfully, and found the deeper truths behind these false memories.

The enclosed booklet prints some of the texts, alongside arty photographs in full colour. (14/03/2018)