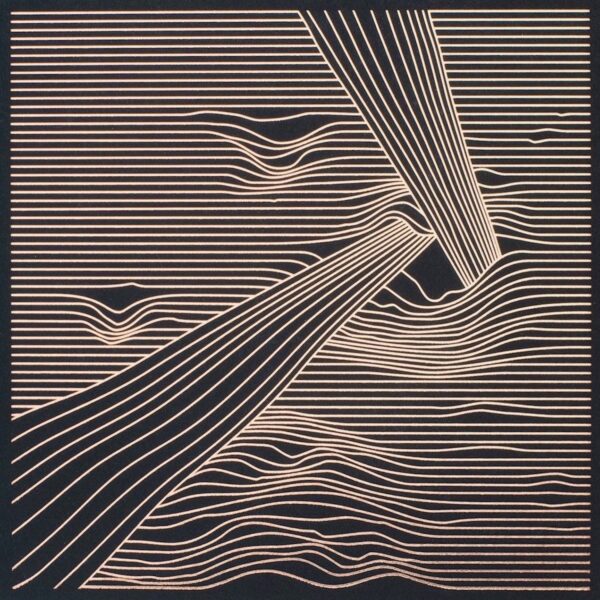 Swiss drummer Vincent Glanzmann has been heard by us doing the percussive thing for jazz trio Sekhmet on their 2015 album, and also on the odd pan-European group This Difficult Tree. He’s here today with an experimental sound-art statement with the incomprehensible title of Z/Rzw-Shiiiiiii (THROUGH STATES OF MATTER TSOM001). He’s aiming at “personal non-musical themes”, so don’t except anything less…the first of three, simply called ‘Z’, is a highly puzzling collage, roughly half of which is abrasive grating sounds (as if sifting rocky earth through a metal sieve) and delicate meandering piano chords that are barely audible. It is intended to depict “cyclic thought processes and…mental growth”. Brave the man who opts to tackle such an elusive and recondite theme in their work, but Glanzmann fails to communicate very much with this aural riddle.

Second, we have a voice work, again assembled by studio technique, called ‘ Rzw-Shiiiiiii’. The work is saying something about how the soul and the spirit manifest themselves through the human voice; well, that’ll be big news to Thomas Tallis. While less puzzling than ‘Z’, I found the tape technique clumsy; Vince hasn’t learned how to work well with contrasting timbres, the edits call attention to themselves, and very little of the work hangs together in coherent form. Lastly, there’s his attempt at composing in a “minimal” vein; ‘…thehidden’ works with near-inaudible high frequency tones. This time, Glanzmann succeeds in marshalling his forces more successfully, and the combination of percussion, mouth sounds, feedback and violin bows coalesce in pleasing ways. The aim of “suggesting audio depth” is not especially innovative however, and his attempts to pull off this highly challenging exploit fall flat in this static and linear piece. Take warning: those who invoke the mighty Xenakis always face hubris.

Tobias Meier sent us this clunker on 13 March 2018; it’s the first release on the new imprint Through States Of Matter, and they intend to release it as a 3-CD box in an edition of 100.