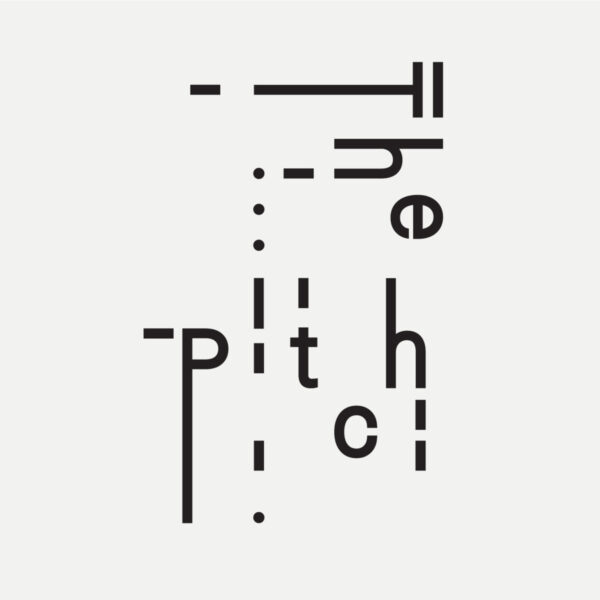 Excellent new cassette from The Pitch, the Berlin-based foursome of improvising players who we last heard with their 2015 album Xenon & Argon on Gaffer Records. Then, as now, I was baffled by their unique approach to harmonic construction which they have codified as “pitch-set constellations”. They continue to do it with a minimal set-up and a well-balanced array of electronic and acoustic instruments; the players are Boris Baltschun (organ and electronics), Koen Nutters (acoustic bass), Morten J. Olsen (vibraphone and tape delay) and Michael Thieke (clarinet). Boris Baltschun was heard on that excellent Mikroton record Future Perfect, appearing with Burkhard Beins and Serge Baghdassarians; they had a similar pared-down set-up, but the music on that CD was somewhat more ambiguous than today’s release, called simply The Pitch (GRANNY RECORDS 18) and released on a Greek label.

Two single suites are ‘Molecular Motion’ and ‘Pillars’; hard to say how or why, but the music has a near-relentless quality, a kind of quiet power that can’t be easily erased, and almost the same “architectural” weight as two columns holding up the roof of the temple (hence the Pillars). Yet it’s not loud, or maximal music. It creeps forward with measured tread, certain of its destination, yet none can guess the rhythmic principles that hold together these tones, these gentle percussive resonances, these pure and simple notes which hang in the air. “Structures which generate hypnotic melodic movement”, is how the press release describes it. Even without this compositional ingenuity (it’s a strategy that is midway between composition and improvisation, a difficult proposition which many talk about doing but few succeed in achieving), the sound of The Pitch is highly enjoyable – a warm and rich combination of clarinet, vibraphone, bass and electronic sounds, everything delivered straight and with no nonsense about extended technique. Integration of ideas with execution and solid construction.

We might add that this release represents two examples of the latest trend in their thinking, and that they captured this unique sound on this occasion by recording it with a new device that somehow combines a cassette recorder with a digital recorder. They like the clean blemish-free surface of the latter, I suppose, but they also like the grit of the former. An “expanded acoustic sound” is the outcome from this technological advance. From what I can gather, the compositional strategy allows each player the freedom to make choices in any given situation (choices about pitch and dynamics), which is what results in the strong dynamic and a certain amount of tension in the music. This indicates a particular process going on behind the scenes; the listener is barely aware of it. But it’s the kind of interaction that is very difficult to achieve successfully in musical situations, and The Pitch seem to have distilled it to a very high degree of perfection.

Summa: if Eric Dolphy, Ronnie Boykins and Milt Jackson had decided to curb (though not eliminate) their soloing excesses and vowed to put their talents towards studying the music of Cage, Feldman and Christian Wolff, they might have come up with something like this. Except they’d also have to travel time and meet up with some genius sinewave manipulator too, which isn’t so unlikely. 120 copies of the cassette version were pressed, still for sale at time of writing. From 27th March 2018.