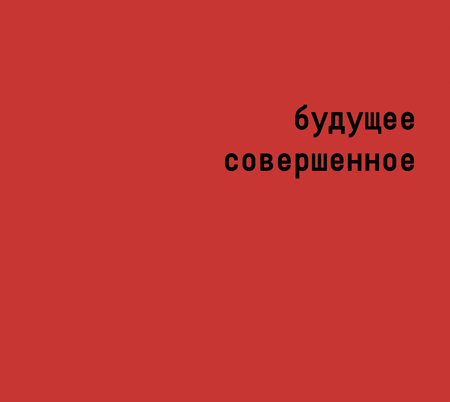 Future Perfect (MIKROTON CD 49) is a set of music from Berlin-based musicians, to some extent a crossover between minimal electronica and minimal improvisation. The reduced percussionist Burkhard Beins is joined by Serge Baghdassarians, who plays an electric guitar and mixing desk with various digital delay effects; and Boris Baltschun, who works with computer and sampler. Beins is well known to us from Phosphor and many other minimal playing events, and Baltschun played on Hanno Leichtmann’s fine 2013 record called Minimal Studies, but Serge Baghdassarians is a new name in these pages. Serge and Boris often work together, and indeed have been collaborating since 1999. They’re often more associated with installations, sound art, and performance art, rather than with conventional “music performance”, if that means anything any more. Even this trio, if we can call it that, is quite an ad-hoc and very sporadic thing in terms of commitment. This is only the third time they’ve done it, the previous meets being in 2003 (documented on the Labor comp for Charhizma) and in 2006, when they made a trio record for Absinth Records. They don’t even play at live events any more now, and have taken their sullen, broody work into the artificial zone of the studio.

Three tracks of lengthy slow explorations will reward the listener with about an hour of low-key but surprisingly intense and dense sounds. Beins’s ultra-restrained zither plucks and gentle percussion actions occasionally add texture, notes, and patterns, but mostly the works are dominated by these non-stop continual digital drones, hums and crackles. Small variations gradually grow out of the processes by which they’re operating, and advance the listener a little further down the conveyor belt. It’s as if we were in a large and vacant art gallery, watching coloured shapes under very subdued lighting, where either we or the sculptures are moving in a highly kinetic way, in slow motion. My favourite one is the middle track called ‘n-eck’ which is probably the richest and most elaborate of the works here, though you may prefer the simplicity and stark tones of ‘futur 2’. The album feels like a sustained meditation on something, where the participants are perhaps not really sure what they’re thinking about or seeing, but maybe together they can reach some shared understanding of it. From 14 April 2016.