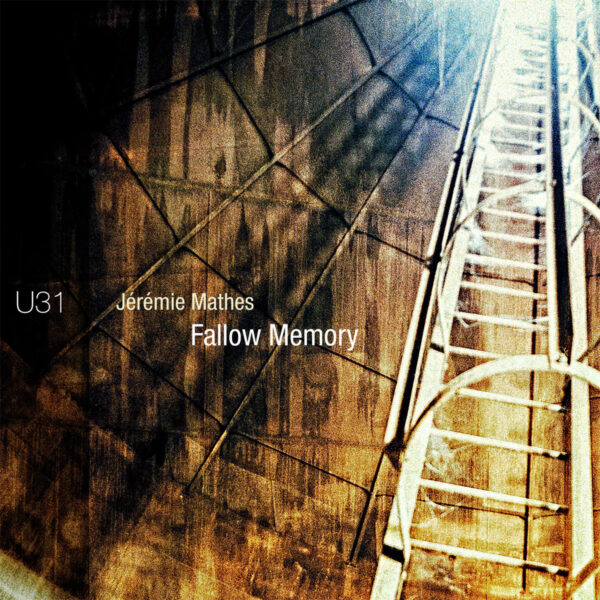 Inspired by a visit to an old abandoned food-processing factory in southern France some years ago, Jérémie Mathes captures something of the creepy, spooky atmosphere of the empty and decaying building on “Fallow Memory”. The majority of the improvised recordings he made for this album were done in a large empty metal tank, in total darkness. Sounds that do appear reverberate and linger in ongoing looping drones that just seem to continue forever as they fade into the dark, dark background. Mathes’ willingness to allow most sounds to continue almost endlessly, if progressively quieter so that they fade into the blackness, results in a recording solemn, dark and even Gothic in its general mood and style.

At 43 minutes, the sole track suggests that even within apparently abandoned buildings, there is always something happening within their walls, as though with all known life having left these places, ghosts lingering within the layers of brick and mortar at last are able to roam free through the empty spaces. At any one time, two sets of recordings seem to be playing together and commenting on on another: one sequence of whirring, jangly light noise tones compete for your attention with background tone whoosh. The world that is revealed by “Fallow Memory” is one of nostalgic visions, perhaps tinged with regret, that drift by as though waiting for someone like Mathes to give them substance and voice, to warn future generations of how much was sacrificed in the past and how much we stand to lose when we abandon buildings and their furniture and objects instead of preserving and reusing them.

Just by allowing or enabling the droning sounds or tones to carry on for as long as necessary for their full resonance to be savoured by listeners, Mathes ends up with a work that carries itself with majesty, dignity and grace though the entire piece seems quite minimal in its construction. The music looks back to a world of industry and widespread middle class wealth and forward to a new world where humans come to terms with the possibility that society has not only stalled and ceased to progress culturally and technologically, but is sleepwalking into a new Dark Age.