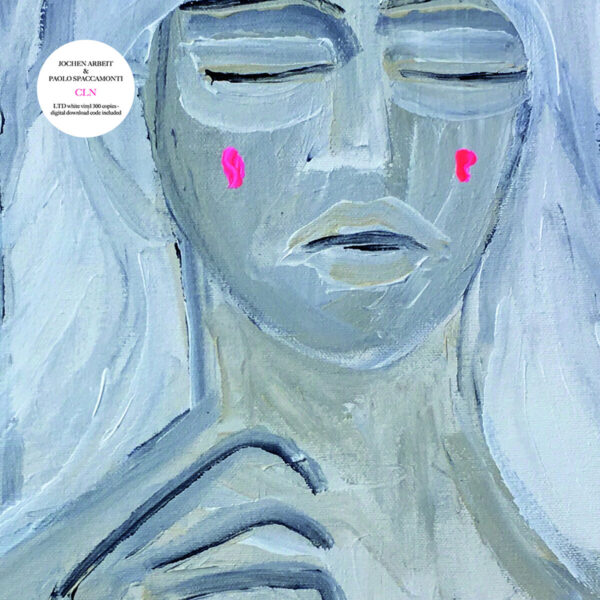 After bumping into each other in a Turin bar, Jochen Arbeit – a one-time badge-holder with Berlin’s ‘Geniale Dilettanten’, ex Die Haut and current Automat/Collapsing New Builds guitarist – struck up an immediate rapport with Italian guitarist, ‘research composer’/soundtracker Paulo Spaccamonti after hearing his third solo album Rumors wafting out of that watering hole’s stereo system. Eventual time served in a local studio, leaving any conceptual baggage/preconceived notions at the door, resulted in three hours of sonic activity that was then refined into seven nameless pieces weighing in at a compact and vinyl-friendly thirty minutes plus.

Actually, artistes who employ numbers instead of christening their work with real honest-to-goodness wordplay will make the hackles rise somewhat. Surely giving titles to your art dots the i’s and crosses that final ‘t’ ?… and… is half the fun, right? ‘Fraid to say even the duo’s reliance on roman numerals (from I to vii) won’t sway me that much from my tiny rant.

Onto the audio then, a much better option… CLN is named after the CLN Place, a square located in the centre of Turin. And according to the promo sheet, a nearby apartment was the scene of the first murder in Dario Argento’s Profundo Rosso slasherfest. However, lurid bloodletting of a deeper red hue hasn’t really traversed time and space to invade the spirit of this project. Even though some elements of this album are of a cinematic bent, it’s way more art-house than flea-pit. “v” bears this out with the sun-baked vistas of Ry Cooder’s Paris Texas soundtrack certainly in evidence. “iv” is almost its polar opposite in thought and deed and appears to convey images of Durutti-man Vinnie Reilly busking before one man and his dog in a rain-sodden eastern European city. Jochen gets to be the more dominant plectrum on “ii” and “vii”. The raggedy-assed distortion being closer in feel to the Neubatens’ post-industrial stance, where pickaxes and compressors were downed in favour of more conventional toys. Thereby avoiding the threat of ‘carpal tunnel’ and ‘vibration white finger’ in later life. Very prudent. “iii”, the most unusual of the numerals, seems to be more of a combined effort between the two men and their trails of fx pedals and dons the wraparound shades and black garb of early V.U. Its surly drone sounding for all the world like a recently unearthed prelude to “Venus in Furs”.

A stylistic pick’n’mix certainly awaits the prospective listener, but it’s one thankfully where all the constituent jigsaw pieces successfully combine to form a more than worthwhile earful. Issued in a limited edition of three hundred, all in a whiter-than-white vinyl.