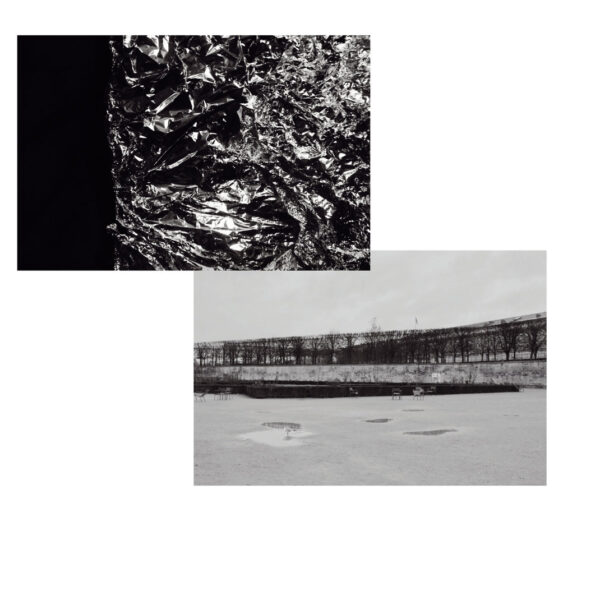 Kurt Liedwart continues to issue high-quality items of electronic music, improvisation and contemporary escapades on his excellent Mikroton Label operating out of Russia. On this latest batch which we received 13 March 2018, I notice the cover designs have become less geometric, less abstract (sometimes), and even admitting pictorial imagery into the scheme. The powers that be might take a dim view of this artistic compromise; personally I welcome it.

For his new solo release, called simply Tone (MIKROTON CD 70), there are two monochrome photographs that wouldn’t have been ashamed if they were invited to a conceptual cocktail party in the 1970s at the Whitechapel, hosted by Richard Long and Ian Hamilton Finlay. One of them might be a bleak snowy landscape, the other the detail from a crumpled black bin bag. Photographer Serge Kolosov pointed the lens of his KMZ Zorki at these subjects. Musically, Tone is one of Liedwart’s most varied and maximal statements, proving to be highly productive in the department of strange, intriguing and mystifying electronic emissions. Track 2 ‘Tonen’ is especially exciting and unpredictable and most resembles the effect when you throw hot pancake mix onto an oily skillet. Check out that bubbling batter. Track 3 ‘Tonene’ however is much more reflective as it ponders the grey fate cast by the day or days to come (bad weather or unmanaged politicians – you decide). Track 1 and Track 4 make extensive use of radio signals to create murmuring abstract burrs, but there is I think some actual synth-playing on Track 5 ‘Tonenene’ on top of the rich bed of burbling noise and textures. Rarely heard such a forlorn and pained tone emerging from an analogue synth device. Also appearing on the record are “electromagnetic devices” and “light-controlled electronics”, which no boy scout should leave home without if they want to find their way back to the camp in time for the evening sing-song through voice vocoders. Kurt himself describes this fine release as “a personal journey through multiplicity of intense abstract layers of electronic and synthetic madness”. I’ll go along with that – anything “personal” scores points with me, likewise anyone who admits to flirting with insanity. 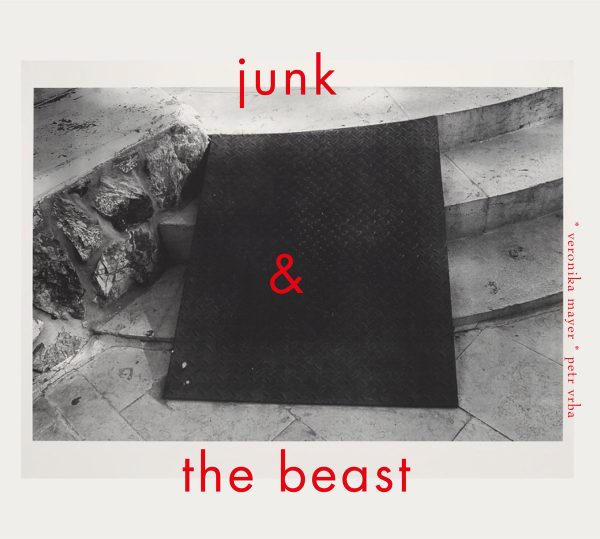 Junk & The Beast would make a good name for a crime-fighting duo of superheroes, like Angel And The Ape [1. Published by DC Comics, drawn by Bob Oskner in the late 1960s. It’s a real yok fest!]. In reality they are Veronika Mayer and Petr Vrba and their album Trailer (MIKROTON CD 58) is decorated with photographs by Andrea Buettner. At first glance I thought these solid photos were an attempt to update Led Zeppelin’s Presence with images of a mysterious “object” appearing in unlikely places. But then, I think that exact same thing about every album cover I look at. In fact Andrea has photographed plastic ramps which help wheelchairs go up stairs. But she does it with such conviction that she deserves the Hipgnosis plaudits. Trailer itself is a pretty minimal bag of matchsticks, performed with electronics and accordion (VM) and trumpet, clarinet, and vibrating speakers (PV). These instruments are used sparingly, and haltingly. Do we have anything to say, or are we just finding that out? Veronika Mayer in particular is outdoing Jonas Kocher in the minimal-accordion approach, and you can barely hear a wheeze from her restrained bellows. My favourite piece so far is ‘Ant Thriller (Mystery-monger)’ which wins a short story prize for its title alone, and does indeed seem to be telling a detective yarn from the point of view of the ant. Needless to say not much happens in the tale, but our insect chum spends a lot of time trying to unravel the enigma. Humming, rattling, whispers, and peculiar subdued drones are used to concoct this meta-narrative. There’s also ‘A.I.R. Pressure’, memorable for featuring Petr performing with Thermos flasks, a hitherto overlooked item in the improviser’s arsenal. He totally wails on those flasks. While this doesn’t carry the same charge as the Ant track, its slow creaks and burblings will sharpen your eardrums to a fine point, particularly as it gathers momentum and turns into an orchestra of rattling teacups. Vrba comes to us from Prague where he’s a member of the Prague Improvisation Orchestra, while Mayer is from Vienna and appeared in the 2016 Sonic Interventions event at the Kulturdrogerie. These two are all about soundwaves and vibrations, making use of them in whatever way possible – letting these waves of energy redound on speaker cones or on the instruments themselves, pushing out physical blocks of acoustic energy into th’ room. 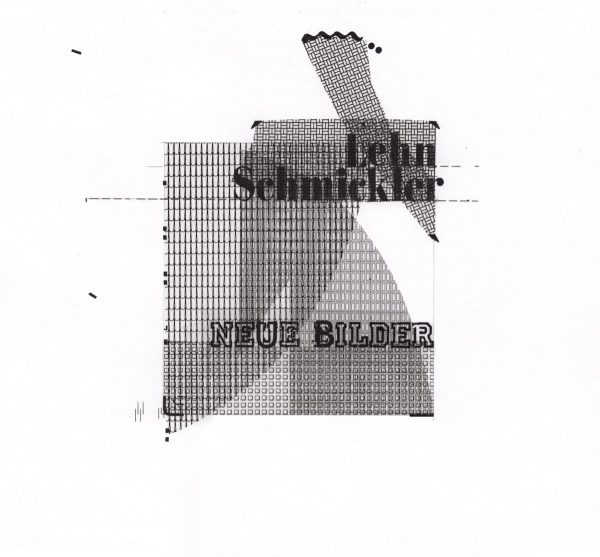 Thomas Lehn and Marcus Schmickler should be well known to all readers who follow improvised music or have an interest in powerful electronic noise. This pair totally rock! They’ve teamed up a number of times over the last 18 years or thereabouts, with memorable releases for Erstwhile, A-Musik, and Editions Mego. Appearing here as Lehn Schmickler, they made Neue Bilder (MIKROTON CD 70) on two dates in 2013 and 2016 in Wels and Munster respectively, Lehn strapped to the analogue synthesizer and Schmickler lashing it out with his computer. Much to my chagrin I have never seen one of their live duos, which apparently are projected over the PA in quadraphonic sound to give the audience twice as much electric monstrousness to cope with. Even the barman asks for a tray to carry the drinks. This CD is an attempt to tame that four-headed monster and regroom it into a format the CD player can cope with (some time was spent at the Plethopraxis Studio in Cologne doing just this). L&S never cease to impress me with the raw power of their sound, but it’s not random airbursts from a Chinook – rather it’s carefully planned and programmed to some extent, allowing for maximum intensity and strong, dynamic contrasts of volume, timbre, and textures. On today’s spin, I have the impression of an electronic python or other large snake, whose terrifying movements are controlled to perfection by our two highly proficient snake-charmers, who do it by waving their arms in hypnotic gestures. Many amazing previously-unheard sounds pour out of this productive set-up, all clearly delineated and solid as liquid concrete hardening in the air. These two mavericks will never settle for undefined murk, lazy noise, or aimless droning; the entirety of each performance is a strong electronic statement full of detail and invention, with no teabreaks or pauses for napping. The 2016 set is dramatic and unsettling (an electrical storm, at times, with L&S also finding time to explore zones cold and alien), while the longer 2013 set is a bubbling machine-like flow of sheer molten excitement, fuelled by a nuclear jet-pack. Of note: the cover design is by Heike Sperling, who also did their first album BART (Erstwhile 012) in 2000.