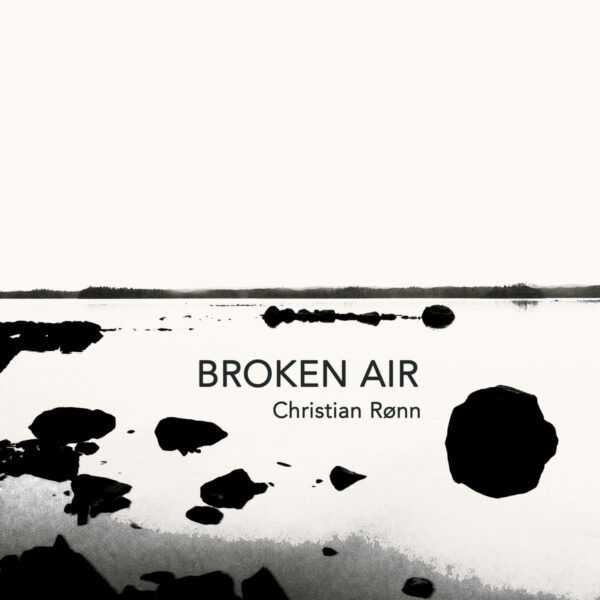 Christian Rønn is an accomplished all-rounder from Denmark – composer, performer, and player of the organ. He also does film music, and likes his work to operate in as many genres as possible, including sound art, free improvisation, and formal composition. Plus he’s played in a hefty list of band/performance projects, including Prox, Panser, Ganga, Blind Man’s Band, and Troln. These interesting collabs seem to travel the gamut from electronic noise to psychedelic jamming, by way of downtempo beats and cinematic scores. So far Rønn strikes us as one of those powerhouse omni-directional types, who at one stage I was fond of calling “polymaths” and mostly seemed to emanate from America. Now the Danes are getting equal time – and it’s long overdue.

I am equally impressed that Rønn holds a Masters in playing the church organ, which he earned from The Royal Danish Academy Of Music. I’m not sure what degree of formal training is required, but the church organ is a mighty beast, and requires not just a knowledge of music but also an understanding of the pedals, diapasons and manuals just to emit some sort of roar from the pipes, let alone gain any sort of formal recognition for thy skills. But he’s also retained a personal attack on the old 88, and I’m confident in saying we can garner some of his unique performative movements on this Broken Air LP. It’s mostly lengthy solo performances on the church organ at Soborg Kirke, to which he has added overdubbed layers of feedback, effects, synths, samples, contact mics, and objects. Or perhaps some of these things featured while he was performing in some way.

The A side ‘Diffusion 2’ is just short of 20 minutes and represents the main tour de force. It’s pretty much in two parts, where his intense soloing (he packs in more notes than you would have thought possible, and has a wild stabbing technique with his steely fingers) eventually gets pushed aside by an ever-growing droney noise growl. At length his musical achievements are struggling to be heard against this thunderstorm, a storm of his own making. This effect exactly matches what he describes as “[the] area where sound breaks up and transforms into something else. The stretched out feedback just before it feeds or the battle of two frequencies fighting to dominate the aural space.” At its simplest, you could say that the organ pipes must carry out this battle against amplifier hum and feedback, but there’s much more to it. The detail, the textures, the dynamics…it’s a swirling dense melee of music and noise, executed with craft and skill, and with a strong sense of intent behind it. That intent is almost metaphysical…in describing his mystical quest, Rønn says “I like to stretch out and examine “inbetween-moments” and unrecognizable states of being…I aim to put light in the cracks, open up a new space, give an experience of transcendence.”

On the B side, two shorter pieces ‘Static’ and ‘Broken Air’ offer some slightly calmer escapades and some Messiaen-esque flourishes in the playing. Less of the abstract noise; we’re given more of a chance to appreciate Rønn’s unusual organ skills. The term “Broken Air” is also quite poignant, accurately describing the phenomenon of physical movement in the air 1, and the ways in which Rønn interrupts that movement. From 4 December 2017.