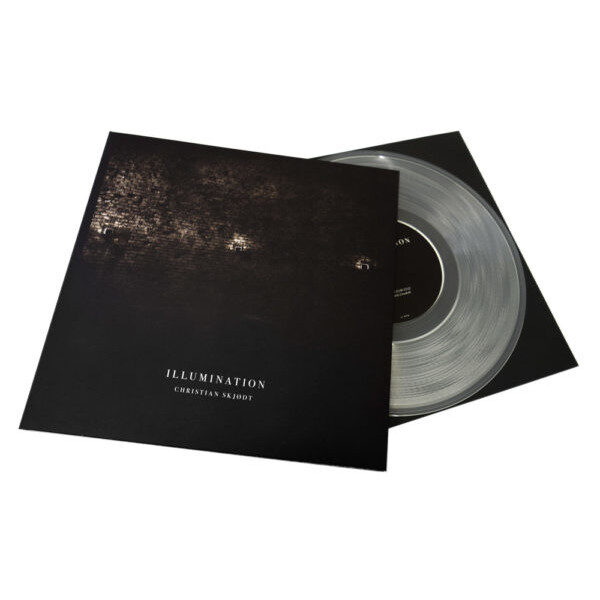 Last heard from Danish composer Christian Skjødt with his Works Of Uncommitted Crimes LP from 2014. That was certainly a process-art droner to a large extent, but it did involve a musical instrument (the autoharp), which is more than can be said for today’s offering Illumination (TONOMETER TONOM174). For this, he’s using a bunch of “solar modules” which somehow translate the energy of the sun into sound; this sound, when captured, is then relayed into a nearby wine cellar in the place he was doing it (the Botanical Garden in Riga). When it hits the cellar, which happens to be in the shape of a dome (they knew how to do things in style in the 18th century), the sound is “spatialised” in a process that the creator refers to as “investigat[ing] the special acoustics of the…cellar”. Two 12-minute process drones result.

This seems to me another example of a sound artist trying to harness natural energy and reprocess it into some other context or purpose; I am reminded of Helen White’s Solar Wind Chime (noted here) which, like today’s record, didn’t really do enough in the way of sublimating or transforming the source material. Christian Skjødt is evidently fascinated by the way that changes in the weather conditions will affect this installation piece, and that the aesthetic (or other) value of this is self-evident. To me, Illuminations just feels like description; scientific instruments monitoring the sunlight and recasting it as inert data. Indeed it’s quite disappointing how lacking in force this record is, especially when he twice makes explicit reference to the “power” of the sun in his explanatory notes. The fact that it emerges as something audible is interesting, but Skjødt fails to make much capital out of it. The idea of using sound to investigate the interior shape of the domed wine cellar is interesting, but this dimension is not successfully communicated or conveyed by this rather dreary drone. Like the previous release, this is pressed in clear vinyl. Released as a 10-inch LP. (19/03/2018).