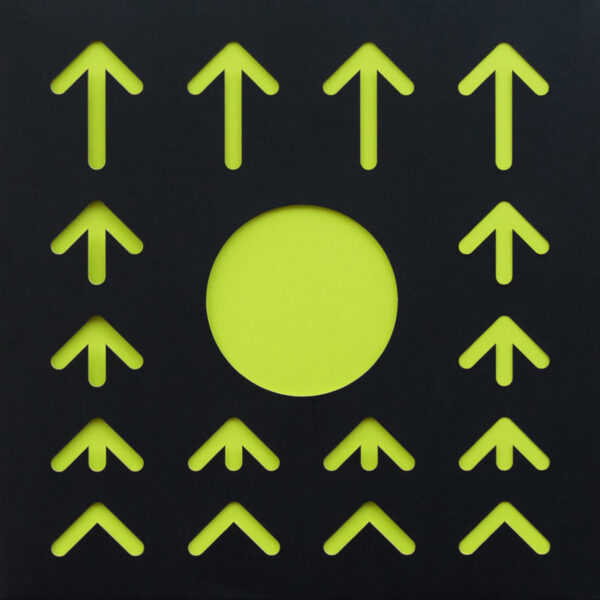 Since first coming across Justin Broadrick and his band Godflesh way, waaay back in 1991 – can it really have been so long ago? – I have had a soft spot for this British musician’s work, whether in his special brand of grinding and torturous heavy industrial metal or in that distinctive genre of dark dystopian futuristic electro-industrial hiphop that only he and fellow Brit collaborator Kevin Martin, and (as far as I know) no one else, excel in, and while I haven’t followed his career constantly and heard each and every release of his, I occasionally check out his solo releases under the JK Flesh name. (I’m aware that Godflesh reformed in 2009 but I’ve not heard great things about its recent recordings so I have left those alone; the same goes for Broadrick’s other long-running project, the post-rock / shoegaze Jesu.)

Track titles suggest a fascination with transhumanism, the melding of human mind and body with genetic engineering, artificial intelligence and robotics. On all tracks, much of the music amounts to repetitive looping rhythm textures of grainy, glitchy techno electronica, drained of all human emotion, and coolly indifferent and machine-like in orientation, that start off in a fairly sane manner and steadily ratchet up with various effects into intense and deranged sonic worlds. As one track gives way to the next, the general mood and music become darker and more demented as we seem to descend into the very circuitry of these half-human / half-machine cyborgs and discover how indistinguishable natural living material is from the silicon-based networks and structures through which nerve impulses and blood (itself partly artificial) course. An early highlight here is the hysterically wobbly “External Transmission Stage”, its shrill and crazed clicky rhythm loop contrasting with the equally maddened whirling-dervish noise wash and the clacky beats.

At the halfway point the music develops some very darkly sparse and minimalist tendencies, and becomes very spacious and even elegant in its approach. Rhythm textures can be fine and feathery in a slightly fluffy but unexpectedly sharp and cutting way.

The music is generally good if not great – listening to the whole album, I sometimes find myself wondering whether all eight tracks should have been stitched together into one monstrous and continually morphing serpentine opus of insane and unrelenting machine rhythms – and the first half of the album, energetic and alive with a crazed spirit, devoid of feeling and empathy, obsessed with its own survival, seems much better than the quieter, more moody second half. It’s as if the album is draining its own energy, cannibalising itself as it proceeds, until it has gnawed itself down to its essential, hollowed-out structure. Perhaps there’s a warning in there to us humans if we continue to proceed down the road of cyber-genetic augmentation of humanity.