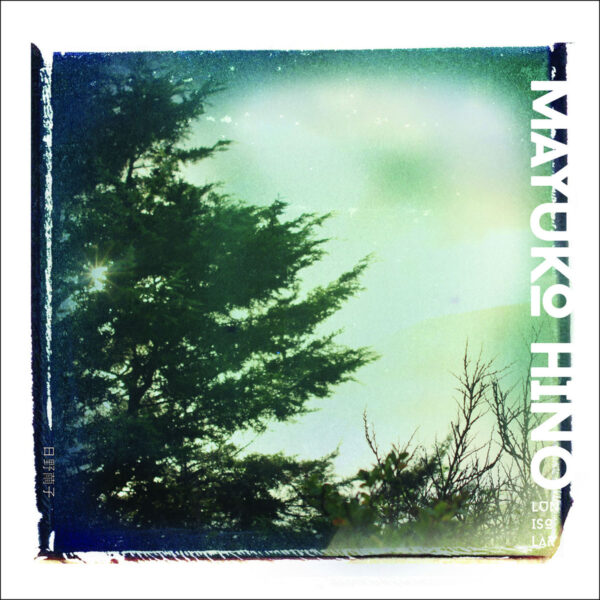 Delighted to get a solo record by Mayuko Hino. This Japanese goddess was a founding member of C.C.C.C., one of the best and most enduring Japanese “noise” acts of the 1990s; while another member (and her ex-hubby) Hiroshi Hasegawa has gone on to hog the ether with numerous solo releases, many of them as Astro, Mayuko hasn’t issued much solo work other than the 2014 album Akashic Records from Shrine.JP. No matter, as it’s focus and quality control that cuts the mustard on today’s slice of baked meats. Lunisolar (COLD SPRING RECORDS CSR245CD) contains two long tracks of grand abstract sound which I can only describe as “magisterial”, regretting that there isn’t a feminine equivalent of this word at my disposal to convey the confidence and authority with which Mayuko executes her work.

‘Faintainhead’ may at first glance seem to resemble the “flying saucer soaring over a metal factory” mode that is familiar to seasoned C.C.C.C. listeners, but Mayuko Hino does it with an icy control and inscrutable visage, holding the power controls steady as she negotiates many a blizzard and space-storm. The chiming bell sound here is a particularly significant element; it made me think she is casting a spell to curse the world and destroy her enemies, and adds to the inexorable quality of the music, the deathly calm concealing the implacable emotions of hate and vengeance. No wonder her contact details and copyright assertion are printed as ‘Witch Craft’ on the inner sleeve.

The second piece ‘Astral Travelling’ is one that in title makes a thinly-veiled reference to Hiroshi Hasegawa’s post-C.C.C.C. career in Sun Ra-themed noise, and is of a completely different bent to ‘Faintainhead’. Where the former has a certain stable centre that allows the listener to imagine the possibility of a serene finale, this track is abrasive and insistent; it won’t let us off the hook. I have to admire the subtle touch of Hino, the near-delicate way she creates these relentless motor-engine effects mixed with nasty static; it’s so much more refined than the bludegoning of a Merzbow when all his cylinders are pumping, or his many imitators who can’t wait to pound us into the clay with lead girders. I may use words like “subtle” and “delicate”, but ‘Astral Travelling’ builds the tension onwards and upwards at a steady rate, adding “cosmic” electro-bloops into the thickening mixture of distortion and reverb, as we slog towards the end of this teeth-clenching endurance test of impossible, rugged noise-beauty.

The label’s press notes describe this climax as a “psychedelic comedown”; I don’t really know what that means, unless the intention is to convey something about the effects of a bad acid trip. Overwhelmingly glorious, a record of deep grandeur; the excellent cover photograph, suggesting eerie nocturnal lights and unexplained phenomena, was made by Tash Helasdottir-Cole. From 14 May 2018.