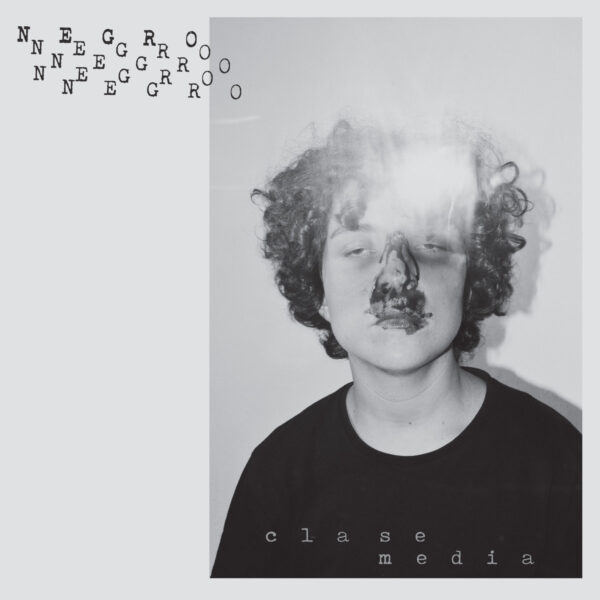 Manchester label Thread Recordings is fast becoming the hot go-to label for great guitar music. In recent times there’s been records by dbh, Nick Jonah Davis, and C Joynes. The new release by Negro, Clase Media (LA CASTAYNA LC 55), isn’t actually on this label but they kindly sent me a copy anyway, noting “this may be of interest”. Negro is guitarist Fernando Junquera from Valencia, and has a number of solo and collaborative records from 2007 onwards, many released on the Barcelona label La Castanya.

Clase Media contains eight gorgeous instrumentals, all of them exhibiting Negro’s considerable skill and facility on his chosen instrument (his ripple-picking alone must be the envy of many six-stringers), and he has the same dead-on accuracy that I associate with C Joynes, not a fluffed note anywhere on the whole record. But it’s not just technical skill; there’s something emotional and heartfelt in the music that you’d have to be as cold as a dead fish to ignore, and its warmth exudes right from the opening seconds and stays there. This may have something to do with the recording method (slight echo), which adds a vaguely “romantic” atmosphere, but it’s mostly due to the presence of Junquera. Very strong melodic sensibility; the tunes seem “ageless” somehow, and not rooted in any particular folk tradition that springs to mind. That said, Chris Brokaw can hear “American primitivism and post-rock” in Negro’s music, and also alludes to the tag “post-nuclear Medievalism” which other florid scribes have attached to his work.

All of these terms might indicate how we’re struggling to account for the beauty of this music. The album starts out with five instrumentals, including the very inventive and many-layered ‘Porcelana Folk’, then ventures into slightly more experimental turf on the final cuts. For instance, ‘Valencia Cyborg’ adds spoken word recordings to the music, creating the effect of a radio programme from Heaven; while on ‘Velocidad de Perdida’ Negro’s playing is noticeably slower, on a long piece which might almost be construed as an experiment in relaxed ambient guitar stylings in the mode of Rafael Toral. Fine item. From 25th May 2018.