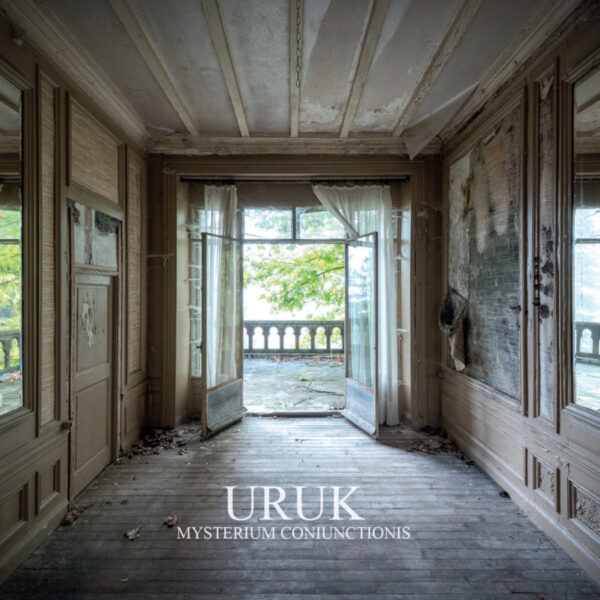 Reasonable set of slow dark ambient drones with a vaguely sinister bent from Uruk, which is the pairing of Thighpaulsandra (long-time acolyte of Coil) and Massimo Pupillo (bass player from Zu, who recently formed an alliance with Current 93). Their Mysterium Coniunctionis (ICI D’AILLEURS MT011) is just two long tracks which meander down the forbidden hallways of man’s inner being, taking a cue from the studies of Jung; indeed the title comes from one of the psychiatrist’s works on the subject of psychology and alchemy. That’s a fairly deep subject for any musician to try and encapsulate in sound, but I don’t hear Uruk exerting themselves much to make a convincing job of the task, despite their having elected to do it. Long on atmosphere, short on ideas; the solemn, self-important tone doesn’t help either. Didn’t Thighpaulsandra used to be a bit more surprising than this? (11/06/2018) 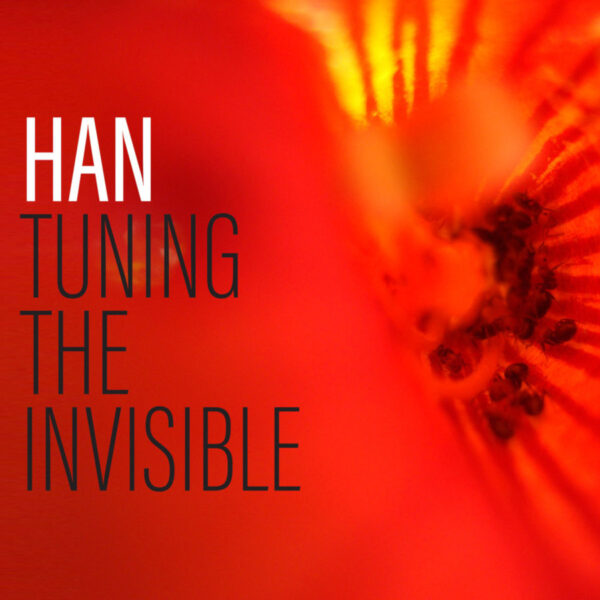 The group HAN is a team-up between two Portuguese players, Vitor Joaquim and Emidio Buchinho, and on Tuning The Invisible (NO LABEL) they’re joined by guest players Carlos Zingaro, Nuno Canavarro and Ulrich Mitzlaff. The two leaders of HAN are old friends and sparring partners, and wanted to get back to a recording project together after some 32 years of separation. What emerges is mostly lugubrious instrumental music, rather poignant in tone, largely performed on their electric guitars, sometimes decorated with samples, keyboards, and short-wave radio bursts. I do like the violin work of Zingaro, especially on the rather moving ‘The Spirit Of The Trees’; other parts of the album seemed overly sentimental and romantic to me, the playing too precious and fragile, tunes emerging more like impressionistic sketches than finished works. The recording quality adds a veil of nostalgic haze, which accentuates these wispy sensations. A self-released item which can be purchased as a cassette or CD via their Bandcamp page. (11/06/2018) 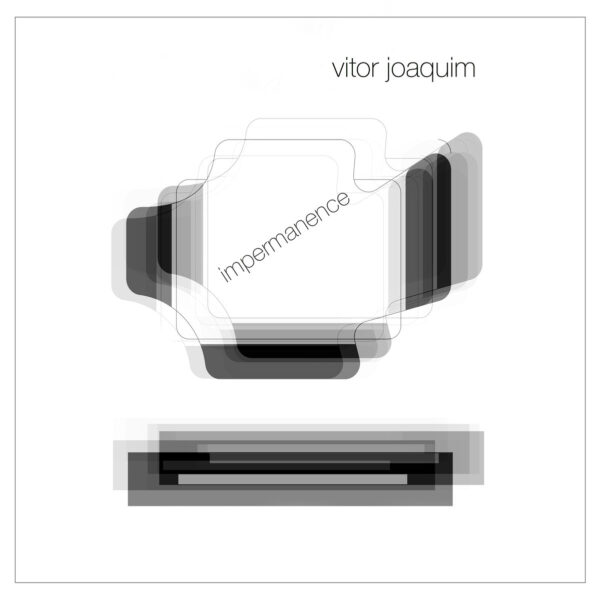 Also from Vitor Joaquim, a solo release called Impermanence, which he offers unto us in two physical formats, a USB stick or a Visacard. The latter format has the presumption to call itself a “sculpture” on the grounds that it was designed by Rui Grazina, a noted architect and photographer; it’s intended to draw the owner into some form of “interaction”. It’s certainly doing a good job of “protecting its content”, as I couldn’t even open the thing or figure out how to play it. In the end I settled for streaming the music from Bandcamp; it’s quite nice electronica, some of it using samples and spoken word recordings, none of it especially challenging. Vitor Joaquim feels that the world is changing and that “everything is impermanent”, and his general uncertainty about the state of things has been channelled into the music. Heartfelt and sincere, no doubt, but like Tuning The Invisible above this album too frequently lapses into sentimentality, resulting in rather twee New Age-y sounds. (11/06/2018) 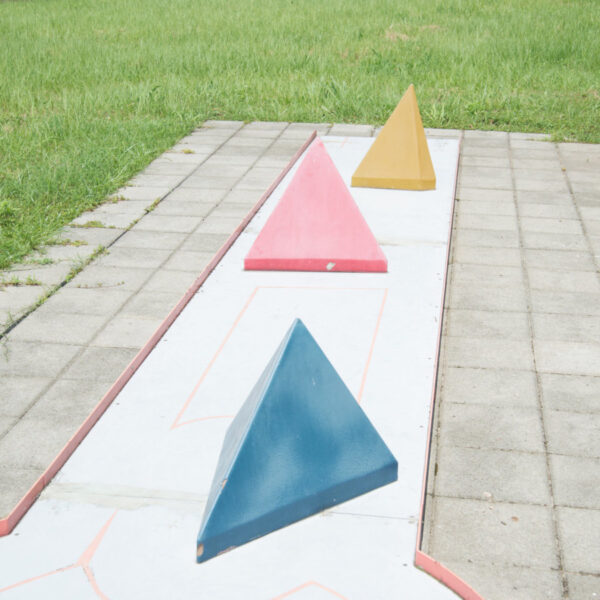 Tresque is the latest trade name of d’Incise, who we have encountered many times, mostly performing alongside Cyril Bondi as Diatribes. He’s turned in a solo effort called Vai E Vem (CARE OF EDITIONS C/O 8) on which he continues to demonstrate his abiding interest in rhythm, dub, and electro-minimalism, to create four tracks of incredibly pared-down avant-techno beat-glitch instrumentals, which somehow manage to suggest melodies and also have a strong degree of subtle but dynamic development stitched into their microtonal fabrics. His method may involve intensive reworking of samples, which are broken into tiny fragments and reassembled, topping and tailing as he goes. Will be of interest to fans of Raster-Noton, Mille Plateaux and Mego, except that Tresque has a novel way of softening the blows of his beats (without sapping their power), so that they land like ballet shoes in a bowl of gelatin. There’s also plenty of air and space around the sampled noises; patterns and loops sketching the outline of the theme, without actually stating it. This borders on being faceless, passionless music, yet remains strangely fascinating. (11/06/2018) 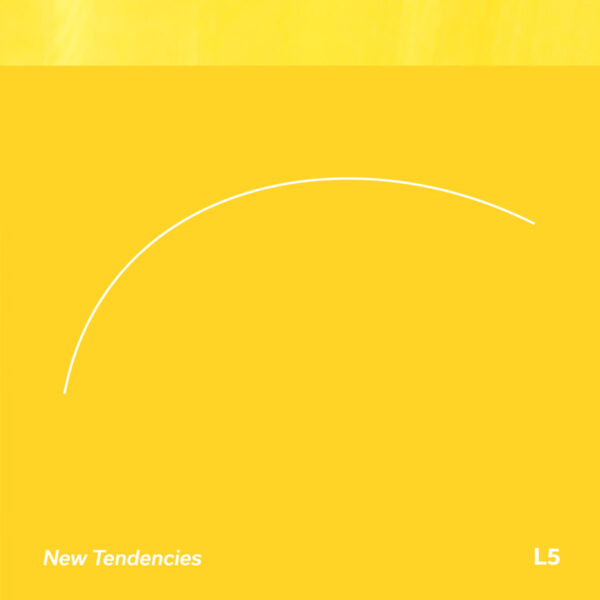 New Tendencies is Canadian performer Matt Nish-Lapidus, whom we noted and enjoyed with his cassette Missed Month from July 2017. I’ll always welcome any record that claims to be born from “anxiety and uncertainty”. He’s here today with L5 (FORKING PATHS FP0013), which he recorded with his custom set-up including home-made devices working alongside modular synths. This time the “theme” of the record is less exciting to me personally – science fiction music inspired by the cyberpunk writer William Gibson, a trend which is quite commonplace (almost on a par with musicians who claim to be influenced by William Burroughs), but there’s a lot to enjoy in Matt’s insistent pulses, his concise and stripped-back sounds, and with the tunes that derail their own passage every moment they can. Some tracks resemble badly-made robots invading your home, trying their best to take control, until their caterpillar tracks jam up and they fall over. (11/06/2018)