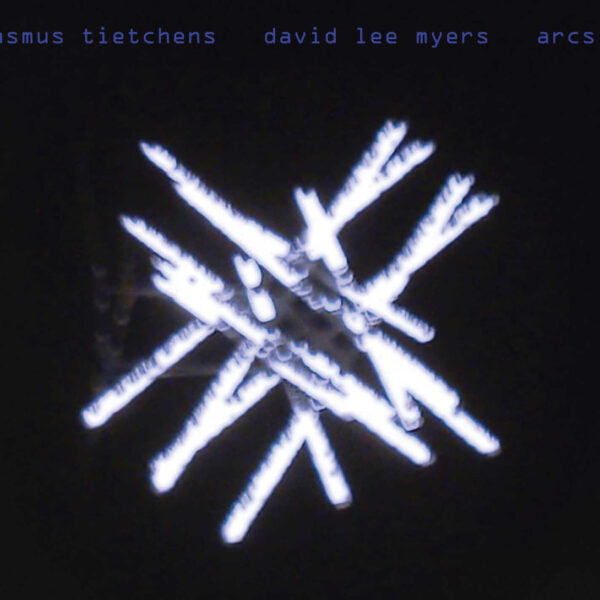 Extremely severe minimalism from Asmus Tietchens on Arcs (AUF ABWEGEN aatp63), on which he reworks source recordings provided by David Lee Myers – he has “moulded the sources…into shapes and textures of abstract elegance and flowing transparence”, according to the promo sheet. Tietchens occupies his own niche atop the pinnacle of modern electronic music, but his music doesn’t work for me every single time; the highly reductionist approach was perfect on Soireé Fantastique, producing a species of poetic bleakness, but things failed to catch fire on Deflections, just to name a couple of recent examples. This Arcs set is so cut off from everyday reality it’s like living inside the surface of a painting by Ad Reinhardt, with a voiceover from Willem de Ridder tormenting you with his sarcastic jibes, undermining your identity. I enjoy the non-human, alien possibilities of electronic music as much as the next cyborg, but Arcs just feels cold and lifeless to the point of absurdity. Myers used to have a lot more fire in his eyelids and grit under his elbows than this, too; the wild feedback noises of his Arcane Device project seem to be a million miles away from this over-intellectualised wallpaper. (From June 2018)