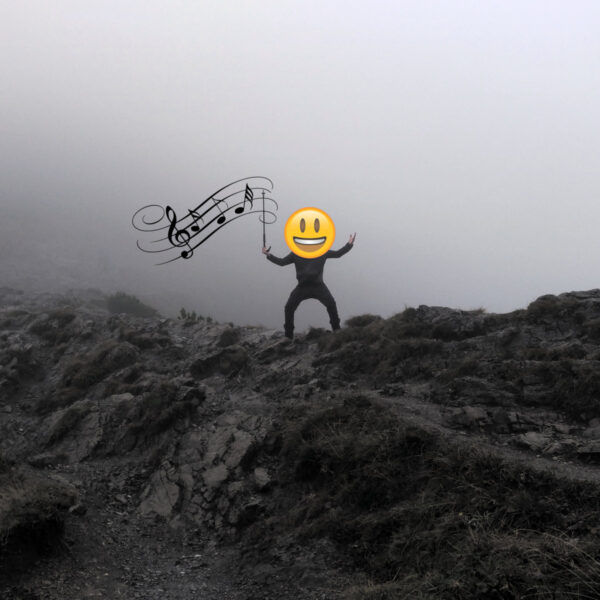 Bartek Kujawski is a Polish artiste from Lodz; he might be better known to you as 8rolek, under which name he’s produced a number of experimental electronica items for Mik Musik, Warsztat8r, and Raban Records, but he’s here today under his own name with Puerile Things Inferno (BOLT RECORDS BR K009), presented to us by the Bolt Records label as part of the Kikazaru / Pleasures series, with support from Glissando, Monotype Records, and Automa Tophone.

Can’t find much explicit information about Kujawski’s intentions or aims here, apart from the elusive statement “music and album/track titles are self explanatory,” to which he adds “you hear/see what you see/hear”. You can almost see his knowing smile, can you not? Browsing the track titles, which thus appear to be my only clue, I see lots of direct references to modern online interaction on the interweb, including many forms of social media, self-promotion, crowd-funding, viral videos, online petitions, and such like. The way Kujawski has cleverly incorporated these things into playful ironic statements of self-loathing and sardonic sneering indicates he’s not 100% won over by the Millennial utopia of connectivity, the benign dream of changing society one pixel at a time. My favourite title is ‘we could all be decent people if not facebook’, and in fact most of the other social media options are undermined by his salty wit; we only lack a dig at Twitter to complete the set.

The music to accompany these scathing barbs is hyper-active digital spew, made from a grab-bag of samples, electronica pulsations, and crazy wayward beats; Kujawski evidently sees each online session as a descent into the maelstrom of cartoon idiocy, and we all lose a piece of our immortal soul every time a Smartphone is turned on. The cover image confirms this for me, showing the composer with his face replaced by an emoticon and presumably conducting us all in a mad dance of mass folly. “Amusing ourselves to death” may not be a very original trope (Neil Postman used it as the title of his book in 1985), but it’s a good one; we need to be constantly reminded of these eternal verities, to equip ourselves against these invasive forces. I like Kujawski’s critical dimension, even if the music is kind of joyless; there’s no escaping that gloomy caste which seems to be a part of the Polish psyche, and is woven into much of the music we hear from that part of the world. It indicates how much misery and uncertainty there is behind that smiley face emoticon; all the surface trappings and the supposed benefits of social media – such as the enforced jollity and instant friendships, the constant bombardment with trivia that we don’t actually care much about, the mistaken impression that we all share the same view of the world – are exposed as hollow frauds. (19/06/2018)