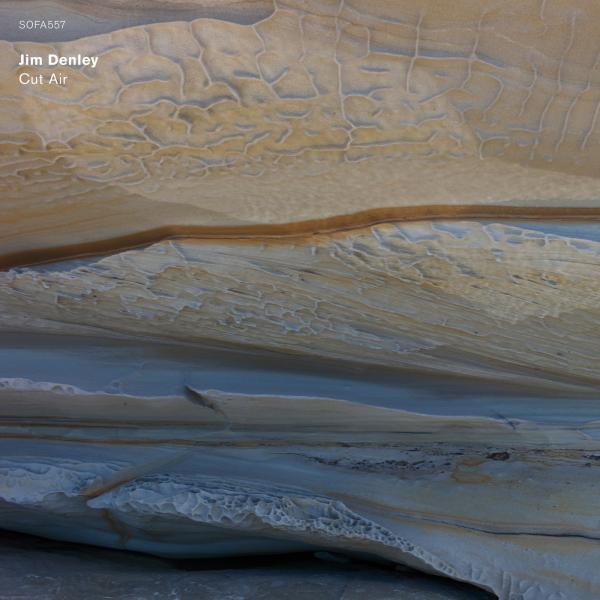 Australian Jim Denley has an impressive resume. He has played with Axel Dörner, Kim Myhr, Magda Mayas, Chris Burn’s Ensemble, and with Chris Burn, John Butcher and Marcio Mattos in Embers. Derek Bailey included a quote from Denley in his book Improvisation: Its Nature and Practice In Music. Bailey took it from a paper Denley wrote called “Improvisation: the entanglement of awareness and physicality” which was published in the summer 1991 issue of Sounds Australian. Apparently Cut Air is only Denley’s first album of solo flute in a music career that spans four decades. Denley asserts that his music is inspired by the flute traditions of the Solomon Isles. Here, on these two pieces, he uses prepared bass flute.

The first, “Cut Air”, has an air of otherness, of spirituality about it. The press release describes the physical phenomena that makes a flute sound: “…when a jet stream crashes against an edge, an air column magically vibrates – tone springs into existence. On other instruments we see the vibrating string, skin or cardboard – but here, whatever the frequency or dynamic, we see nothing…perhaps this invisible genesis is why, in many cultures, the instrument is associated with the supernatural.”
“Cut Air” could certainly provide a sense of the unknown that may augment the importance placed on a full moon for example. Neil Young always tried to be booked into a recording with his band on a full moon, feeling that the results nearly always produced something special.

The second, “For Celina Rokona”, is fairly unchanging, rhythmically. The microphones are placed closely; we hear the sounds of breath, and fingers on valves – these almost sound like darbuka.

The Celina Rokona Denley refers to is a flute player from Ataa in North East Malaita. The press release states “…this shamanistic coming into the world has excited diverse flute traditions around the globe – in North East Malaita in the Solomon Islands, Celina Rokona played the most fundamental of bamboos, Sukwadi and Sukute…”
This music is about challenging the performer and the listener; about long duration performance and what it means for the audience and the musician. Exploratory and experimental in the purest way.

There’s certainly a sense of rigour about Cut Air; “Compared to instruments that physically move when played, the way the flute operates can be perceived as magical” – as the press release says, “…When a jet stream crashes against an edge, the air column vibrates…whatever the frequency or dynamic we see nothing.”