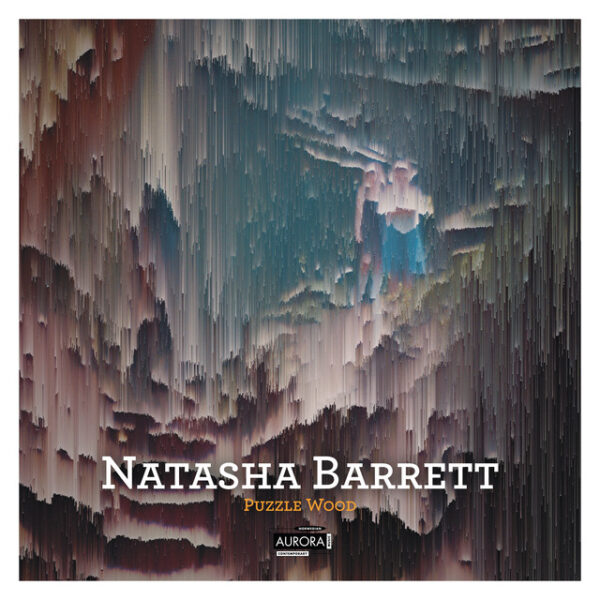 This is the eleventh album by British composer Natasha Barrett, the first being Rocks & Wraiths back in 1997. I’m familiar with one other; the much more recent Peat + Polymer. In a kind of circular way, except for one of the pieces on Puzzle Wood, the music was initially composed between 1994 and 1997 while Barrett was studying for her PhD, and recorded at City University, London, and indeed, early versions of these pieces were included on the original release of Rocks & Wraiths. That one exception, the piece titled “Animalcules”, is from 2010 and was commissioned by and recorded at Notam (Norwegian Centre for Technology in Music and the Arts). Puzzle Wood can be seen as, not a kind of early-career round-up as such, more a taking stock, perhaps. Some mention is made of the technical limitations Barrett and other composers faced in the mid-1990s; the challenges of “…non-real-time workflows, a necessity to program or to control software with command lines and scripting languages…” among others. A reminder that the non-digital world is not that long ago, although, to me at least, it feels like it is. Barrett relocated to Norway after these pieces were realised – still her current location.

It is tempting to think of Barrett’s sounds as living organisms, darting around in your peripheral vision. Indeed, this is how Barrett describes the sounds that make up the first piece, “Little Animals” herself. Throughout Puzzle Wood, there are occasional snatches of what I would term field recording – albeit heavily processed – which suggest modes of transport or the various activities to be observed in and around travel hubs. I like the way Barrett blurs the lines between composition and sound design. Much of Puzzle Wood gives you the sense that unidentifiable things are constantly whirling around your head just out of reach and mostly out of control. Heavy unidentifiable things. “Racing Unseen” is like being trapped in a horror movie in a particularly well specified surround sound cinema. But that is exactly the environment Barrett works in often, (high-end surround-sound venues, not movie soundtracks), and intends her work to be heard in.

Barrett refers to her childhood living near to Puzzlewood, a forest in Gloucestershire, in the UK. Described on the net as “…a unique and magical forest with a mile of meandering pathways…set in 14 acres of ancient woodland. The paths take you through a wonderland of deep ravines of moss covered rocks, over wooden bridges and through fantastic tree and rock formations…” Indeed, it is thought that Puzzlewood was the inspiration for JRR Tolkien’s forests of Middle Earth. Her piece “Puzzle Wood” is the earliest of the work presented here. Mention is also made of the influence of Musique Concrète on the composer, particularly Cinq Études De Bruit by Pierre Schafer. This is most clearly heard on “Animalcules”. Possibly something Barrett is working on developing further, I hope.