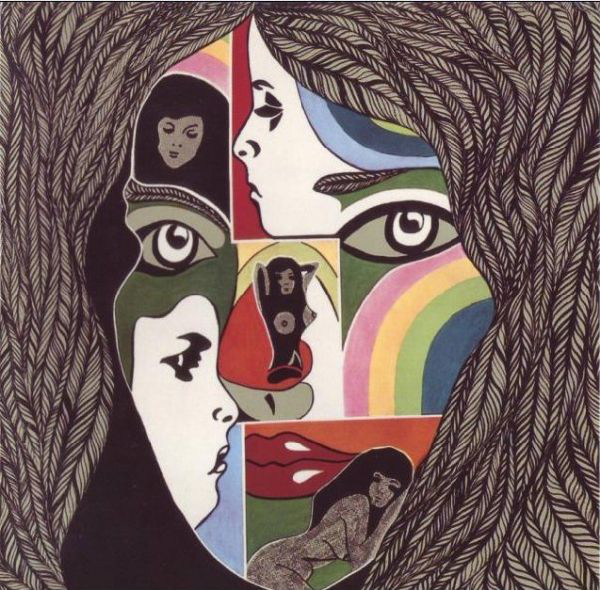 At least the album cover is a very striking and surreal work of art even if the album title is jaw-dropping double entendre. “Out of Uranus” was the second album made by British blues-influenced hard rock band Killing Floor in 1970, coming out not long after the self-titled debut was released in 1969. Killing Floor was a short-lived band, lasting from 1968 to 1972 and suffering quite a few line-up changes during that time. For the next thirty years, the various members either left the music industry completely or performed with other acts, some of those becoming very well known indeed: two members, Lou Martin and Rodney de’Ath, joined Irish rocker Rory Gallagher’s band for several years in the ’70s. In 2002, Killing Floor reunited with its original personnel and issued a further two albums in 2004 and 2012. Lou Martin died in 2012.

Despite the colourful and mysterious-looking cover and the hilarious title, the album consists of enjoyably catchy hard rock with considerable influences from jazz and blues (complete with harmonica). While the songs don’t seem especially original – they do sound like other hard rock songs of the period, the riffs especially sounding derivative – the band has a carefree attitude and plays with a lot of raw zest. Track titles like “Call for the Politicians” and “Fido Castrol” (a play on Fidel Castro’s name) suggest the musicians weren’t afraid to take on radical political ideas. The main problems I can see with this band are that (in 1970 anyway) Killing Floor didn’t have a really distinctive sound; and when I consider that the guys had quite an irreverent sense of humour and extended themselves lyrically, the overall style of music has less individuality than I would have expected. To be honest, I did not find all that much psychedelic influence in the actual music as opposed to the lyrics. The singing is quite good but not exceptional, and at times I did feel a number of songs could have been improved by losing the flat vocals and going all instrumental.

The best parts of the album are in the instrumental jams where the guys go for broke and trade some really fiery lightning blues guitar licks. A pity though that the songs that contain them turn out to be so ordinary. Verdict: the whole recording is neither out of Uranus nor out of your anus but rather it’s out from Planet Ordinary.