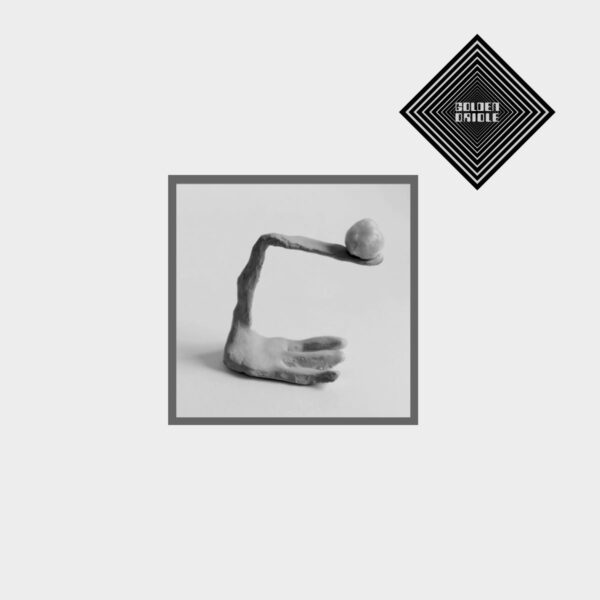 Norwegian hilario-funksters Golden Oriole cut up another rug on Golden Oriole (DRID MACHINE RECORDS DMR31), a follow-up to their debut item which we noted in 2017. Kristoffer Riis and Thore Warland didn’t impress me with their warped attempts at playing avant-disco with bass and percussion, but they didn’t care – so here are two more lengthy examples of same, titled ‘The Waxwing Slain’ and ‘Az Prijde Kocour’. The long duration of these might be starting to work on me, as today I can hear layers of subtlety on the ‘Waxwing’ track that clearly eluded me in 2017. The bass riff is repeated ad nauseam – it might even simply be a tape loop – and the percussion here sounds like an army of tiny bongos played by very energetic rodents, such as the rattus rattus. They seem determined to keep this up without any modulation until the tension becomes unbearable, and when the “break” appears after about five mins, the whole “Waxwing” plan starts to make sense. It’s as though Brian Eno and Nile Rodgers were giving conflicting production suggestions to Talking Heads, and neither side really won the argument.

While I’m still not ready to accept the tags of “noise, prog, blues, ambient jazz and psych” which KFJC ascribe to this music – the simple use of a phase filter doesn’t make it “psychedelic” – I can appreciate the compression, the miniaturisation process which seems to be the blueprint for their every move, as if they intend to rethink the history of music as a series of small ceramic decorative objects to fit in a tiny Tokyo apartment. I’m therefore prepared to retract my earlier sentiment that Golden Oriole are “heavy-handed”, along with other unkind epithets such as “lumbering ox-like fellows”. Nothing much is added to the overall argument by hearing the second track, but there’s more chaos on offer this time; the rhythm section are locked together for sure, yet somehow pulling in different directions at once, and an odd spastic energy is released thereby. There is also more boldness in the top layers – I hesitate to call them “guitar solos” – which are like explosions of firework-colour noise illuminating the strange underpinning rhythm.

Not half bad at all. If these crazy Norwegians ever met up with Lightning Bolt in the room, it would be like two opposing forces in physics clashing in the fourth dimension, and we’d all turn into photographic negatives of ourselves. Also available on vinyl from Mozart Kebab. From 23rd July 2018.