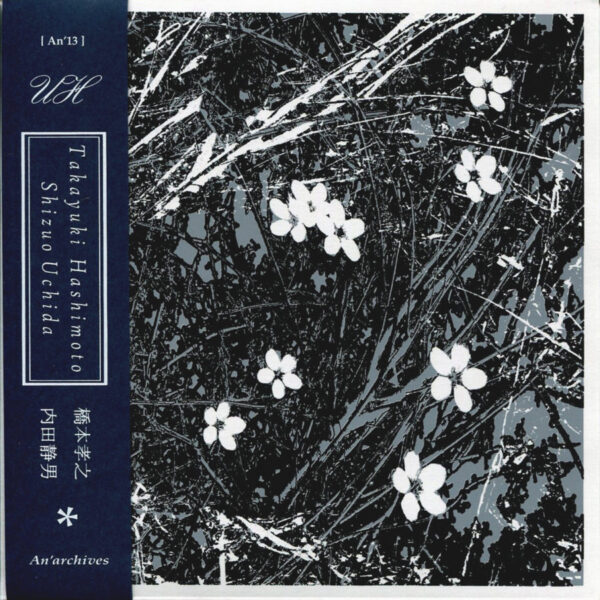 Got a snootful of items from Michel Henritzi, the French improviser who still holds a torch for Japanese improvisation in all its forms, and once made a sizeable dent in the “Onkyo” stakes with his faberoo label, A Bruit Secret from 2001 to 2005. All the below from 3rd August 2018.

The duo UH is Takayuki Hashimoto and Shizuo Uchida. On their record (AN’ARCHIVES AN-13) Hashimoto plays alto sax, Uchida the acoustic bass, and it’s a daring radical rethink of free jazz improvisation, pushing at the borders of what music might mean. To begin with it’s incredibly bleak and skeletal (which may be what appeals to Henritzi), and recorded with a stark clarity that allows the tiniest musical utterance to shine, or at any rate gutter like a failing candle light on a dark night. The skreeks of Hashimoto are near-painful; harmonics, controlled over-blowing, high tones that rattle the inner bones of the skull. What seals the deal for this listener is the bass playing of Uchida, so pared down as to be as thin as the shadow of a phantom, yet still imbued with much gestural detail. I like the sleeve note description that calls this bass playing “silent grids”, a testament to this player’s structural skills. Just 25 minutes of music on the disc, yet it feels like a glimpse of an eternal winter. Towards the end Hashimoto switches to harmonica and the bass player suddenly starts twitchin’ like a lunatic, as if someone were warming his feet with a flambeau. They produce a species of unearthly country blues as if rethought by a consumptive Edgard Varese. I see both these Japanese players have appeared on the P.S.F. label and Shizuo Uchida used to play in Nijiumu with Keiji Haino. Takayuki Hashimoto is also one half of an Osaka duo called dot.es. Don’t miss this one, but be warned you’re in for some terrifyingly on-the-edge music. The printed cover was done by Alan Sherry, of Siwa Records. 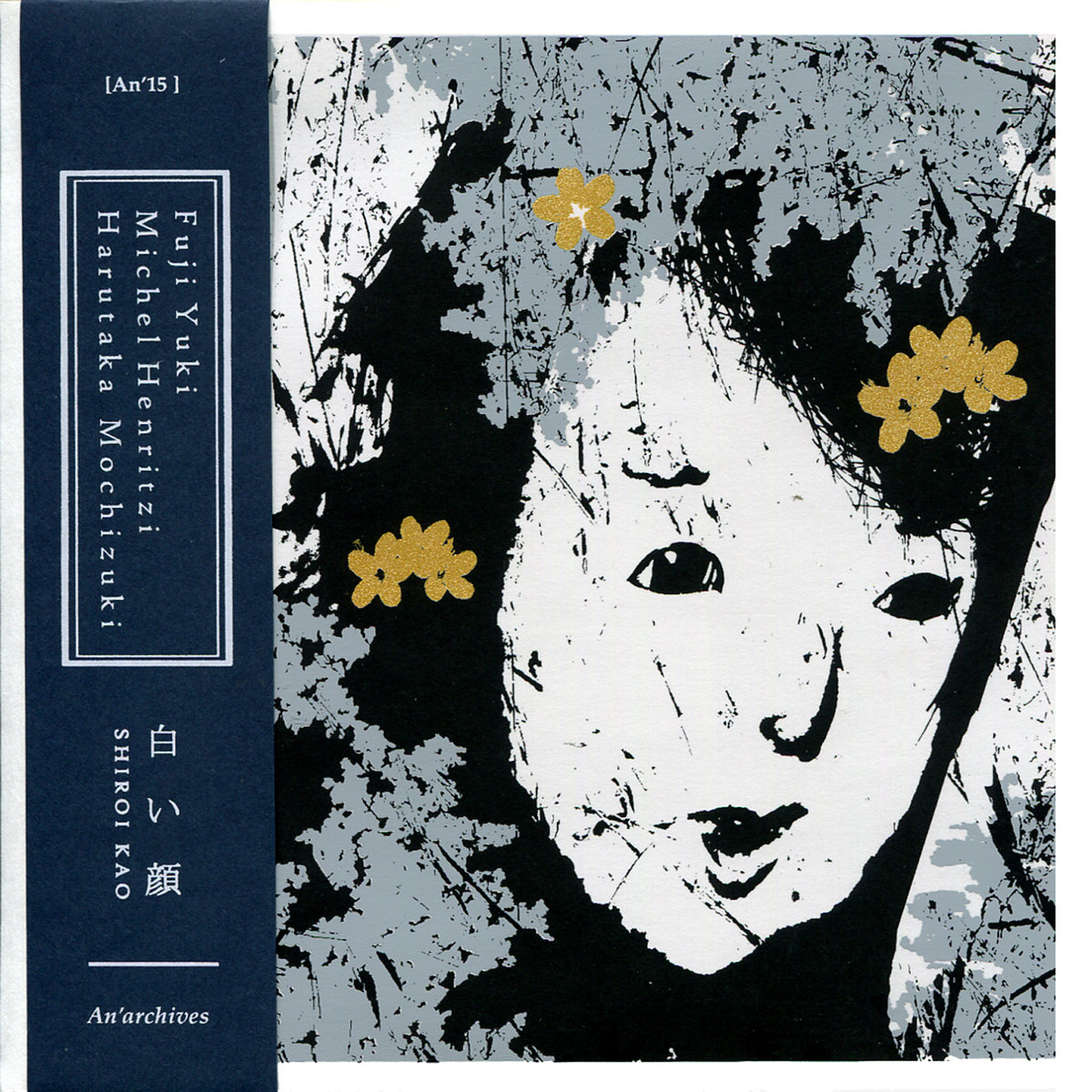 Quite a contrast to the above is Shiroi Kao (AN’ARCHIVES AN-15). This record is credited to Kuji Yuki, Michel Henritzi and Harutake Mochizuki teaming up in various combinations across four cuts. On ‘Naki Tsuma No Kushi’, heavy blastage shall be your daily soup, in a mighty drone noise produced simply by saxophone and lapsteel guitar for about ten mins. This might not be too far apart from what Ulrich Krieger is attempting with his powerful “noise-metal saxophone” records, except there’s a slightly industrial edge persisting with this relentless music, an aspect which the spirit of Zbigniew Karkowski would probably smile on from his heavenly refuge. But then the next track is a romantic song, ‘Ano Koe Anata Datta No’, showcasing the light-touch talents of Kuji Yuki, a vocalist of intense beauty. She performs over a background of string arrangements overdubbed with remarkable sensitivity by Henritzi, and somehow it conjures up a vision of 19th-century Japan with the eerie precision of a dream. Many more surprises and contrasts on the remainder of album, including the near-psychedelic free-form floatery of track 3, where all three musicians create a limpid blend, an intoxicating brew; and the uncanny textures of the last track, another sax-gtr duo where the players are outdoing each other in the production of non-natural soundings; for the listener, it’s like entering an exotic bestiary from the middle ages. One magical disc. 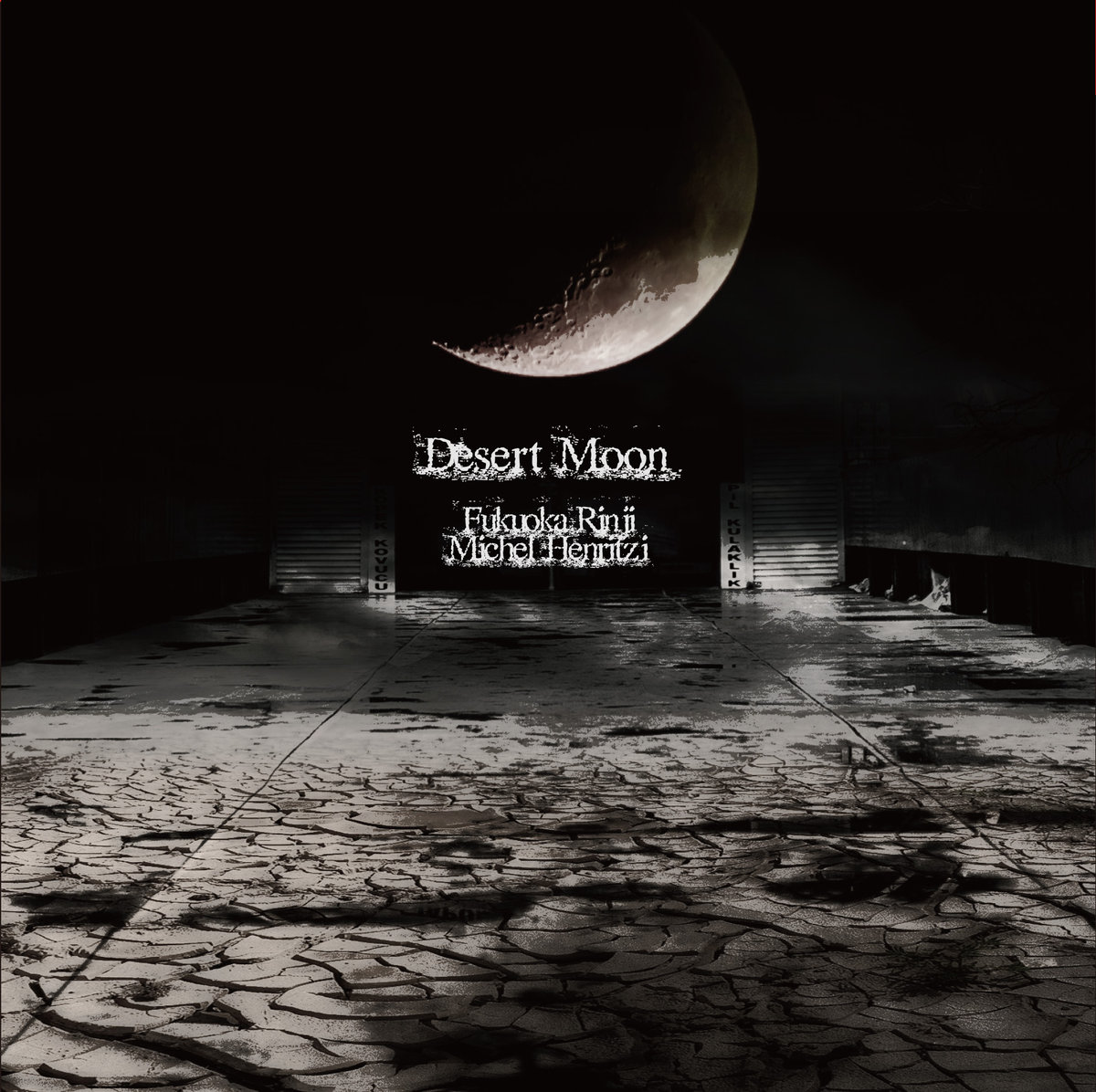 On Desert Moon (PATAPHYSIQUE RECORDS DD-016), Henritzi is reunited with his old friend the Japanese violinist Fukuoka Rinji; the duo have made many recorded outings together, including the very noisy Descent to the Sun LP from 2014. The combination of electric violin and lapsteel guitar never fails to produce achingly plangent sounds; almost everything they do is steeped in the deepest melancholy, and Desert Moon is no exception. Of note: ‘Song For Nico’, which makes plain its deep affection for Nico’s records, and could almost be a missing John Cale arrangement from The Marble Index; ‘Hungarian Snake Dance’, which features Rinji’s pallid vocals and could easily have slipped onto any Sun City Girls record of the 1980s with its ethno-forgery credentials; ‘Sombre Dimanche’, which if played on a “gloomy Sunday” will in fact induce thoughts of suicide among the lonely; and ‘Ballad Of Josef K’, which is a moving attempt to capture in musical sound the sense of utter futility embodied in that depressive writer’s output. The evocative sleeve image could almost be a still from the Kuroneko film. 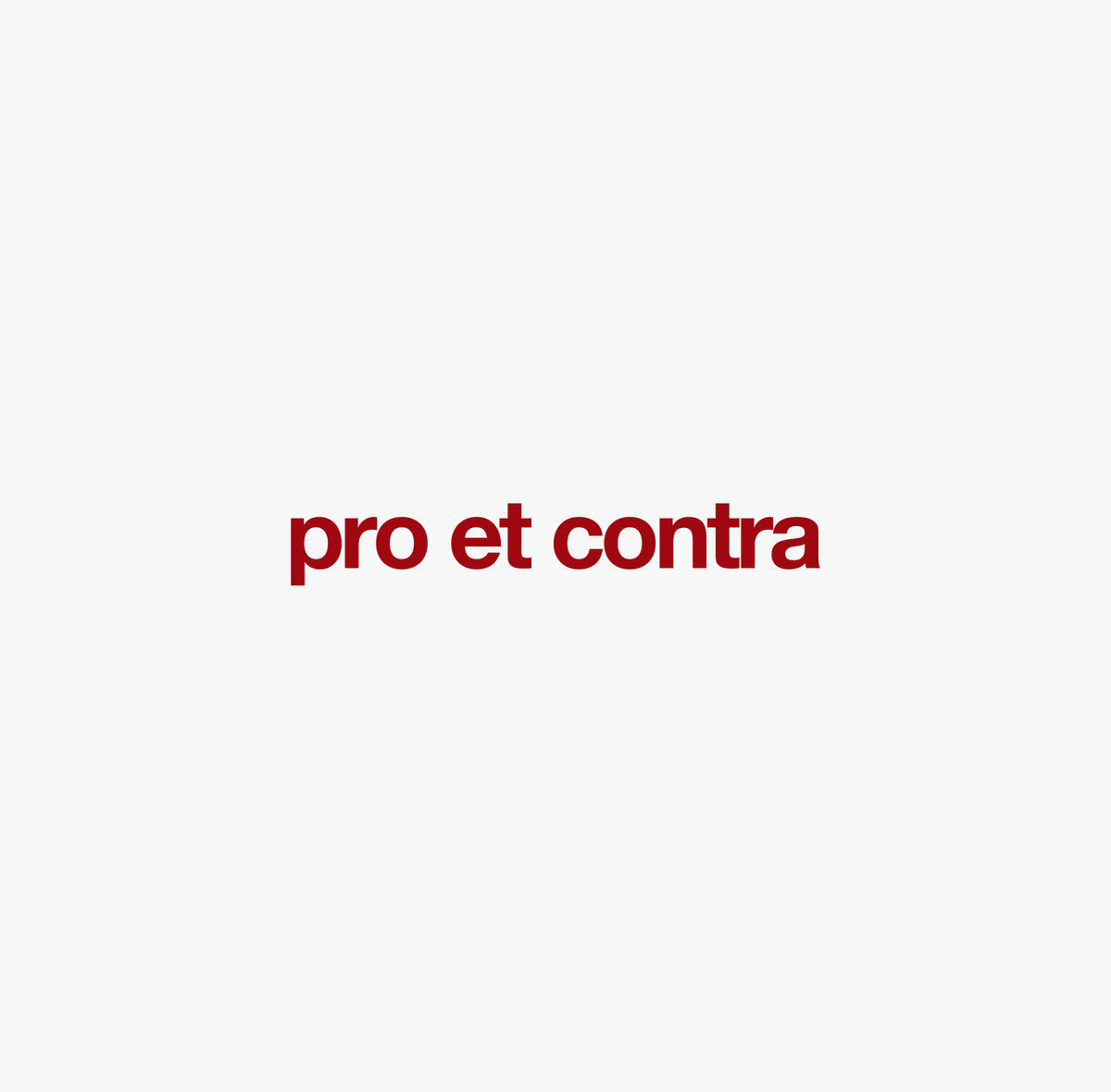 While the three above contain examples of contemporary free improvisation to one degree or another, same cannot be said about Pro Et Contra (PATAPHYSIQUE RECORDS DD-017). This starts out as a totally bonkers recording – plenty of free-form ranting and poetry (in Japanese), tape collage, weird noise and electronic hullaballoo. Haven’t heard many things I can compare this with, but if the performers had been in New York in 1966, this would very likely have ended up on ESP-Disk. Among the players, Fukuoka Rinji is here and apparently is the ringmaster of this three-ring circus; that’s him doing the poetry reading and also playing the sampler and percussion. Who knew he had such an anarchic spirit in him? There’s also Itsuro [Smerdyakov1x2_6] adding extra sampler and keyboards; Koichi Nakaya, who might be a major loon on his own terms, as a member of the loopoid experimental-rock group Nasca Car, who I never heard, but look they might present serious competition to Boredoms; and Luis Inage, an underground rock bassist who you might be able to track down on one of the Tokyo Flashback samplers.

Rinji’s shopping cart of cultural references includes The Velvet Underground, Guy Debord, Artaud and Suicide, and he considers this work to be “détournements” – lifting that phrase from the Situationists, who used it when they made collages with a political subtext – of all the above. “The spectacle is the BAD DREAM of a Modern Society,” confirms a message on the back cover, adding further Debordian richness. Actually most of the wild and anarchic stuff is on the first track, since the rest of the album settles in a somewhat more digestible mind-numbing groove of beat-box sample rhythms and mindless chanting, as if members of Gong and Hawkwind were cross-spliced with mutants from a Cologne Techno dancefloor. By now we’re also hearing more of the promised references from that shopping list. Track 3, ‘The Gift’, is a brilliant lift of the famed Velvet Underground shaggy-dog story, enlivened no end by the nutsoid Theremin playing of Nakaya. Track 4 is an attempt to meld together two songs by Suicide (‘Rocket USA’ and ‘Frankie Teardop’) with translations of Debord’s philosophy. No idea if they carry off the latter aspect with their freaky vocal wails, but they turn in a spot-on imitation of Martin Rev’s synth sound. Pretty bizarre.