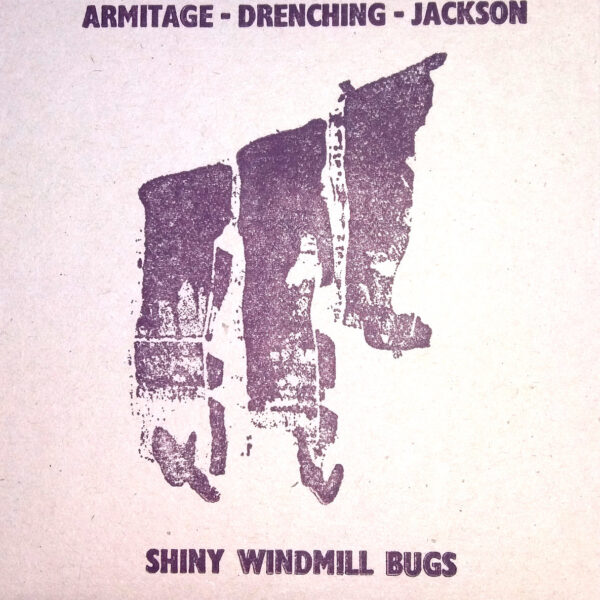 Three items whose common denominator is Salford’s most prolific polymath, purveyor of free/jazz/noise, promoter, label head and uttapam-fan David Birchall. Those with long memories may remember Stuckometer of which David was a member and also the Levenshulme Bicycle Orchestra. I first met David back in 2005 in his role as Manchester’s most affable concert organiser and found his friendliness, helpfulness and hospitality second to none. I’ve since had the pleasure of organising a couple of shows for him in Brighton. Vernacular Recordings is his own imprint, set up “with a remit to present music coming from musicians resident and associated with Manchester”. Furthermore, Birchall is a long-time member of Richard Scott’s Lightning Ensemble. In another thread linking these releases together, Richard Scott’s own hand masters both Live In Beppu and Hyperpunkt at Sound Anatomy, Berlin.

…is a leisurely 23 minutes and 43 seconds of scratchy, shrill improvisation captured at a concert at Manchester’s St Margaret’s Church, a pleasant, oft-used venue by Mr Birchall and his chums. Featuring the talents of Kate Armitage on “vocals & stuff”, T.H.F. Drenching on “dictaphones, dog toys, voice, whistles etc” and Dave Jackson’s “woodwind, cracklebox & percussion”. From hollow, microphonic sounds to abstracted vocalising, humming, blown reeds, Armitage Drenching and Jackson thoroughly interrogate their arcane and multifarious instrumentation, ambling along pleasantly for a short duration, in no particular hurry. Which is fine by me. Tonally, the palette is restricted somewhat, which gives an eerie, aerated quality to the proceedings. The musicians seem to move languidly from one sound-making device to the next, building a sonic environment with the perceived fragility of a bamboo shack deep in a tropical forest.

These two Vernacular discs are presented in gatefold eco-cardstock sleeves letter-pressed by Cleeve Press which I believe is another of David Birchall’s creative ventures. 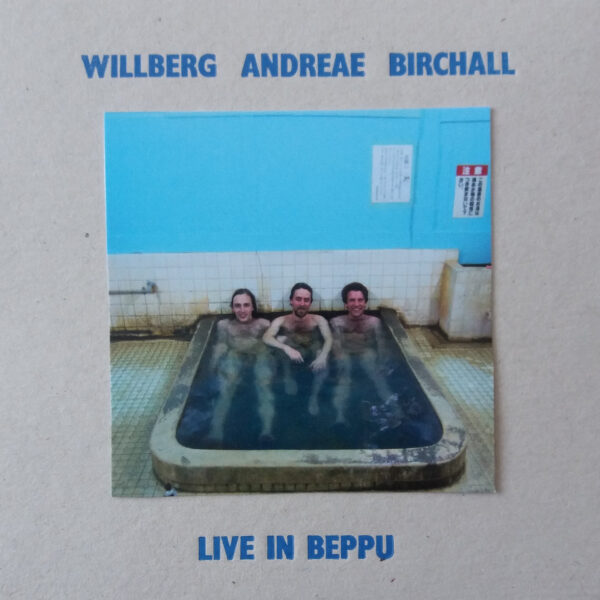 …begins with good natured crowd noises, and the good cheer continues throughout the performance as group members can be heard chuckling and laughing out loud as they scrimble through their vast accretions of accumulated instrumental detritus. Occasionally, a sound recognisable as that which could be made traditionally by way of a musical instrument surfaces, but happily, these presumably unwanted events are kept to a minimum. For Live In Beppu is a fascinating document – part concert, part field recording, part instrument-building workshop, part archival display.

I recently saw bassist Otto Willberg play with Nate Wooley, Andrew Cheetham and Mark Hanslip, which was suitably powerful and hip but here, Willberg is allowed free reign to do whatever he pleases using whichever techniques and/or objects take his fancy. Sam Andreae utilises tenor saxophone and whistles while David Birchall’s kit consists of electric guitar and rope-tensioned drum. The disc begins by putting the listener right in the heart of the venue; audience voices are heard, you are aware of people’s movement, the musicians getting ready and beginning their performance stealthily until you realise after five or six minutes that the music started some time ago without you noticing exactly when.

At 21 minutes, as someone is violently striking two pieces of flint together, it occurs to me that this is exactly the kind of grouping who could benefit from their music being disseminated as film rather than audio alone. Helen Petts is a film-maker who has produced some fine video documentation of the London improv scene; there must be a Mancunian videographer working in a similar way? To watch these players busily going about their treatments and techniques – just as the audience in the venue did – on a dvd would be the optimum experience-capture, for me. Shortly afterwards you can hear that someone is quietly singing along. Whether it is a member of the audience or the group is not clear, but I like to think it was an audience member carried along with the fun of it all. 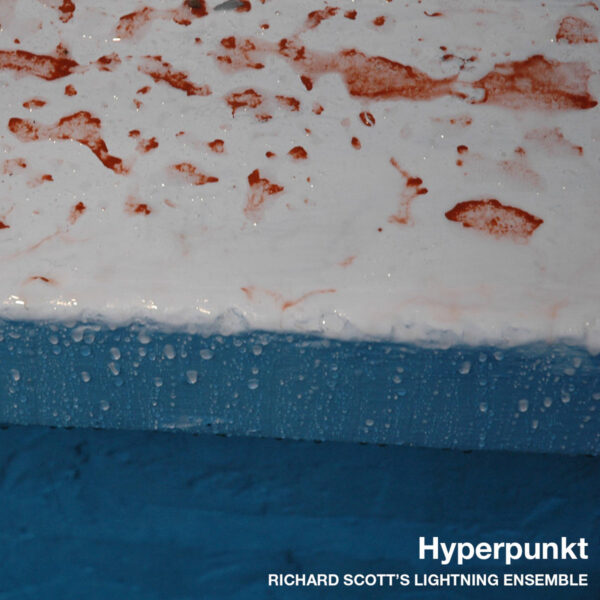 …is a different experience altogether; despite this accumulation of musicians being similar to the Live In Beppu grouping with the subtraction of Otto Willberg and addition of drummer Phillip Marks and Richard Scott at the helm. This time round the ears are treated to skittering, adrenaline-filled improv from this quartet. Richard Scott on modular synth, David Birchall on acoustic guitar, Phillip Marks on drums and percussion and Sam Andreae’s tenor saxophone. Actually, Andreae appears on all but three of the eleven tracks. The delightfully titled “squitters” is the longest at 11 minutes. This group seem fond of alliteration, as all the tunes begin with the letter “s” – “scuffle”, “scatter” “spitballs” and so forth. This alliterative effect conveys the urgency of the music quite well. This disc is for fans of fast-moving, reactive free playing. Like being pushed into sub-zero temperature water and told to get out as fast as possible and roll around in the snow before you freeze to death by a crazed survivalist. The group seem on the point of perpetual frenzy and I admit I felt somewhat bewildered after the very first listen. Although use of the word “hyper” in the title is fair warning, I suppose.