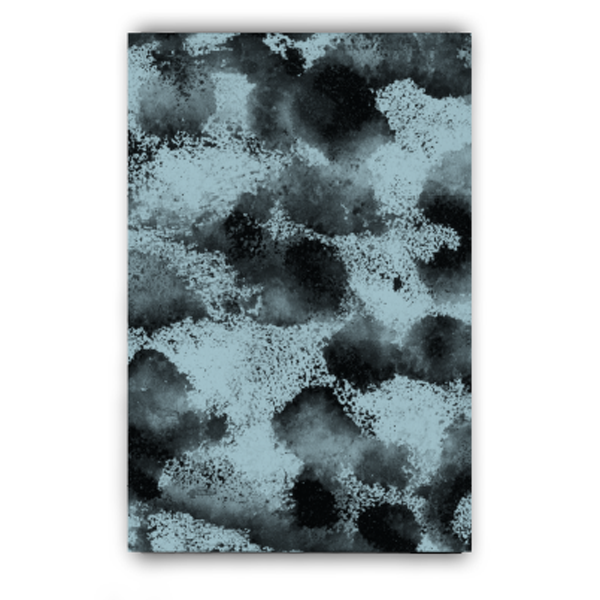 David Bremer is not known to us, but he has appeared on a few Swedish records of a noisy and electronic nature as early as 1998, sometimes recording as Chemical Co-operation, as DBHG with Henrik Grevesmühl, or as Kadaver with Kristian Olsson. Bremer made one solo record called Breakdowns in 2006 (not heard), and is here today with Paradise Refuted (FANG BOMB FB028), a nicely-packaged cassette with a slipcase and fold-out insert from Fang Bomb, my favourite label of Swedish gloom. These five tracks of grey, mist-sodden dankitude don’t disappoint when you’re in need of a good dose of depressing, melancholic solitary music. Titles such as ‘Doubt and Fear’ and ‘Hotel Solitude’ should confirm the go-it-alone stance that Bremer must wear like a mantle as he traverses this cruel globe.

The terse press note indicates that Paradise Refuted “tells a story about another journey, one that never was made” – perhaps suggesting that the odyssey depicted in these sombre cuts is an internalised, brooding quest into the mind and soul of a man. The music is also referred to as “unconscious episodes”, an appealing idea that indicates that Bremer almost creates his music on automatic pilot, allowing the blotting-paper of the drone to pick up psychic transmissions directly from his brain, and print them on the recording tape. I have no idea how Bremer makes this richly-layered semi-musical soaring sound with its burnished edges and soft-focus atmospheres, but I like it.

Superior to many average entries in this “genre”, Paradise Refuted is a compelling listen, containing many moments of rare beauty, and infused with deep emotions. From 23rd August 2018.