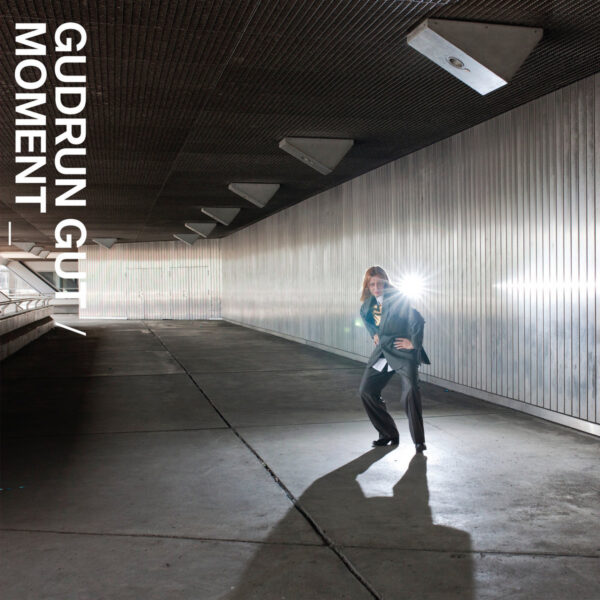 Gudrun Gut is a veteran from the early 1980s Berlin electronic / industrial music scene with a CV that boasts membership of Einstürzende Neubauten and co-founding Malaria! and Mania D, along with DJ work, music production, film and radio play scoring, and heading her own record label Monika Enterprise. Her recent album “Moment” is a very polished and dark collection of electronic pop songs sung in both German and English, sounding at once detached yet intimate, ironic and knowing yet in its own way sincere and genuine, and still adventurous and exploratory – because the world Gut describes, with all its ambiguities and ambivalence, and the twists in fortune it has undergone since 1975 when she first moved there, has been her life and sustenance. As its title might suggest, “Moment” appears to be a snapshot of the stream that is Gut’s career and life, looking backwards and forwards, picking up themes, issues and obsessions from the past for present review and criticism, perhaps learning from them and then going into the future with renewed determination and strength.

The album alternates between more commercially sounding pop songs that may feature motorik beats, a dry cold ambience and Gut’s gravelly vocals, and more experimental pieces that demonstrate a sense of humour bordering on cheekiness as well as music composition skills resulting in tracks like “Biste Schon Weg” that sound like whole worlds of ambient electronic exotica. I much prefer the more abstract, experimental tracks where Gut sings or speaks in German, than her adaptations of songs like The Beatles’ “Baby You Can Drive My Car” (which becomes “Baby I Can Drive My Car”) or David Bowie’s “Boys Keep Swinging”. I realise Gut chose these songs for the opportunity they afford her to gently criticise and poke fun at gender roles and the expectations or assumptions associated with them, and in themselves they are not bad at all, but (for me) their inclusion on the album seems out of place with the other songs.

This is a good work for people new to Gudrun Gut’s work and the Berlin experimental electronic / industrial underground scene she has long been associated with, to listen to. At the same time, I personally don’t find “Moment” a really great work of retro avant-garde electronic / industrial music: it just seems too polished, and the impression of 1980s Berlin that comes out of the album seems a little tired and jaded. The grit and energy that must have originally infused the scene are lacking.