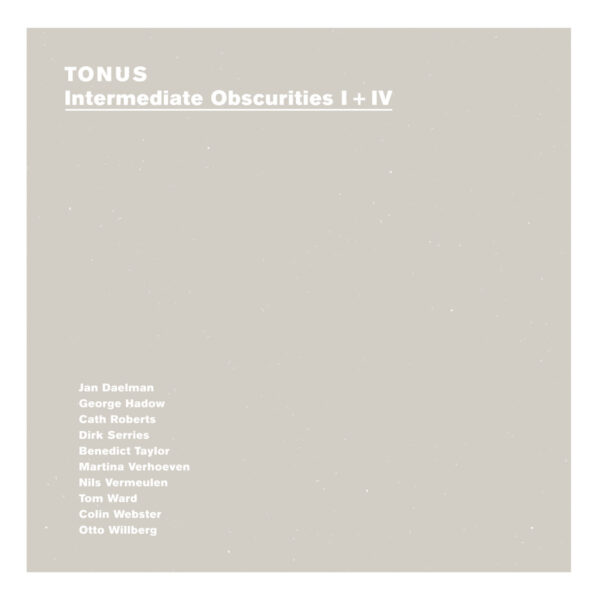 Here be three records from Belgium of high-quality minimal / slow music. They’re all credited to TONUS, which is the name of an Ensemble put together by Dirk Serries, with rotating membership. The music emerged from a series of concerts held in Belgium in 2017, under the rubric of “Jazzcase”, curated by Dirk when he held a residency there. Lastly there’s the overall heading A New Wave Of Jazz, which is the platform on which all this creative endeavour sits. We should perhaps mention that it might not be “jazz” as we understand it, and the intention of ANWOJ is “exploring and sharing interesting music”… the dream would be to build “a haven for the free and wilful”, and the stylistic bias is towards “free improvisation and modern minimal music”. Quite a lot of contextualising, which I hope to have summarised more or less accurately…we should add to that that the uniform cover design (very clean white and greys, typography and no imagery) was executed by Rutger Zuydervelt, getting into the spirit of the music with his restrained no-frills design skills.

First release is a double-disc set. Intermediate Obscurities I + IV (nwoj0015) contains two lengthy pieces, for which the graphic score was written by Dirk Serries, although he based it on “slow piano motif” written by Martina Verhoeven, herself a skilled pianist and bass player who also happens to be Mrs Serries. Two sextets performed this under the TONUS name, one of them in Belgium and the other a few months later in London; musicians included Colin Webster, Benedict Taylor, Cath Roberts, Nils Vermeulen, and more; Dirk and Martina performed on both recordings. With the spacey all-acoustic music on disc 1, the combined talents have produced a gorgeous modernist composition very close to the music of Morton Feldman (apologies if I make that comparison a lot in my writing), but with added surprises with the subtle departures from the pattern and allowing a certain amount of space for interpretation. That said, the discipline is pretty rigid; tone control is flawless, not a fluffed note anywhere, and the sheer equilibrium required to carry this off is presumably quite considerable. Did I mention that the word “TONUS” refers to “muscle strength” – which is probably a minimum requirement for a musician desirous of turning in performances of this restrained power. Actually the aim of the word is to emphasise one of the keys to Serries’ musical system here, which is the space between notes being equally as important as the sound. Perhaps it’s superfluous to mention the Wandelweiser thing at this point, but as far as I understand it, this silence-as-important-as-music is central to their philosophy too. The first piece Intermediate Obscurities I certainly draws out these distinctions, and the music allows every note to be heard clearly, starkly; while Intermediate Obscurities IV, the second set, occupies the same general arena, the notes appear somewhat more blended to my untrained ear, more use of overlapping sounds, and even a shade more drama in the way it suggests chords and melodies. Both sets are beautiful, slow, precise, minimal music; not an intellectual exercise for its own sake, nor empty process drone; there is a lot of depth, content, and emotional truth. 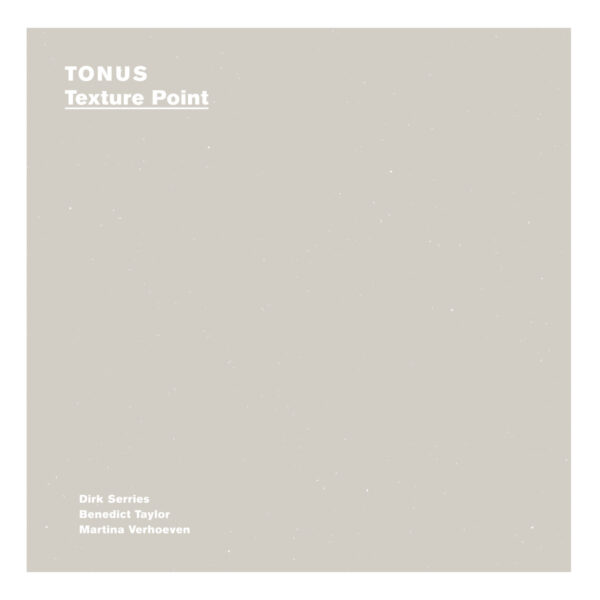 Texture Point (nwoj0016), our second release, was recorded by a trio using just piano, guitars and viola; an incredibly stark sound across all four works here, again identified by simple matter-of-fact titles such as ‘Texture I’ or ‘Point A’, as if describing abstract art canvasses. The press release describes this as “a very introspective…session”, preparing us mentally for the isolation and thoughtful space set up by this bare-bones music. Serries plucks forlorn single notes on the acoustic guitar, managing about one of these flourishes every 30 seconds (anything else would be excessive), though we could say the same about Martina Verhoeven’s lower-register piano chords which hammer a nail of doom into the coffin of humankind. Benedict Taylor, the English classically-trained player who appeared on Songs From Badly-Lit Rooms and Hidden Bomba (both superb records), adds a near-harsh grating effect from his instrument which I would characterise as angst-inducing. With subtle variations, this is pretty much the template for all four pieces, each of them making judicious use of silence in line with the overall TONUS plan; here, it mainly adds tremendous tension to what is already quite nerve-shredding music, and many chewed fingernails will certainly result. The barest suggestion of a melody may occasionally emerge from the activities, and in some cases it conveys the sensations of the world’s most effective soundtrack to an insoluble murder mystery film, where hidden surprises wait around every corner of the crime scene, and all the interiors are white. A superlative set of suspense and terror. 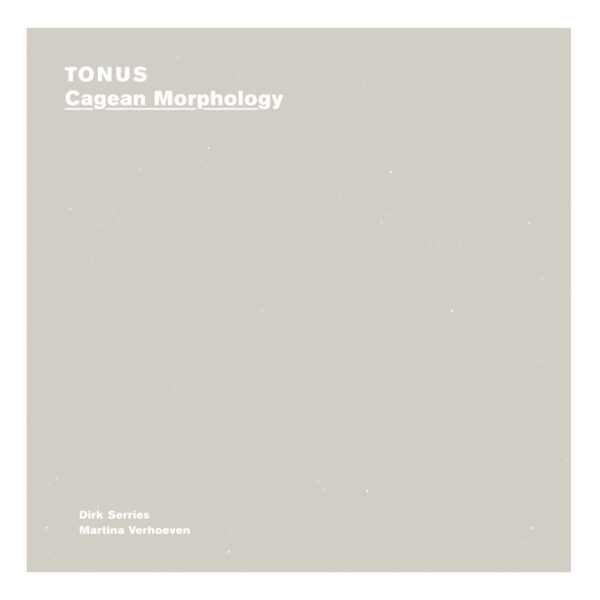 Reducing the personnel still further, we’re down to a duo on Cagean Morphology (nwoj0017), which was performed by Martina Verhoeven and Dirk Serries, staying with their chosen instruments of piano and acoustic guitar. We’re also cutting down on the duration this time, with just 34 minutes of music as compared with the 100 minutes of the double-disc set. This one was recorded in a Belgian studio in 2018 and works to a “semi-improvised” format. Of the three, this one is the coldest and emptiest, and the most puzzling; the notes just seem to hang in space, and it’s extremely hard to make any connections between them, something that would help to navigate the arctic terrain we are now expected to steer. Thankfully, it does make a lot more musical sense in the context of the other two releases, which might help to prepare the listener to get onto Dirk Serries’ wavelength. If you feel lost (as I frequently found myself during this one), it is possible to savour the quality of the individual notes on guitar and piano as they are drip-fed to us like atomised fragments of information; at least a certain amount of skill in tone production is still valued in this new pared-down universe.

This label / series has been operating since 2014, and has showcased the work of both Serries and Verhoeven in other contexts, also the trio Yodok III, The Void Of Expansion, Kodian Trio, and others. All the above from 9th August 2018.