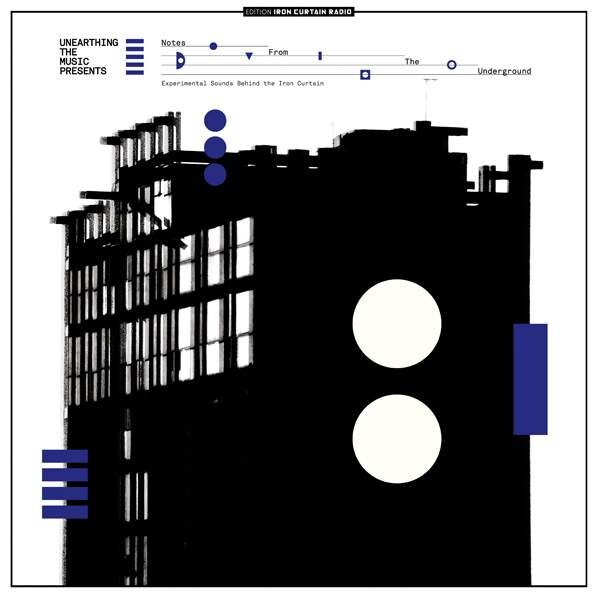 An astonishing compilation is Notes From The Underground: Experimental Sounds Behind The Iron Curtain 1968-1989 (ICR 02), a double vinyl LP which was released on Iron Curtain Radio (a sublabel of Major Label). At one level, we could describe it as a showcase of rare recordings of the 1970s and 1980s, by experimental rock bands operating in communist states; but there’s more to it, as the record took three compilers to put it together, and is making a statement about uncovering and sharing music from oppressive regimes. There are four long-term projects behind it, not least of which is the Unearthing The Music project from Portugal; browse their website to learn about their plan to “dive deeper into all things related to experimental music making and listening in the countries subject to dictatorial regimes in Europe between 1950 and 2000”, and be amazed at their online database. The USSR, Hungary, Czechoslovakia, Poland, East Germany and Yugoslavia are all represented; right there I suppose you’ve got a shopping list for sites of post-war political unrest and uncertainty. No wonder the music here sounds so grim, frustrated, disaffected, and angry.

I’m not up to the task of listing all of the bands on the comp; I’ve only even distantly heard of a few names, like Borghesia (from Ljubljana, started in 1982) who made the abrasive electro-pop record Escorts and Models for an American label in 1988; and A.E. Bizottság from Hungary, who made two LPs for the Start label in the 1980s; I think these might have been listed in the Recommended Records catalogue. Since Chris Cutler spearheaded the Rock In Opposition movement, I am fairly certain he supported Eastern European music for a time in the 1980s, selling what records he could through the catalogue. Most of the music is exciting, passionate avant-rock, more or less like hardcore punk, very angsty New Wave, or twisted electro-pop, and will intrigue your inquiring mind if you’ve the slightest interest in any of these genres. Others are more experimental, blending voices with sound effects, tape manipulation, that sort of thing; but compressing INA-GRM ideas into four-minute tracks, through ingenuity and urgency. Some of the music, especially the weird cuts on Side D, is just great unsettling noise.

The compilers want to stress that they are bringing together a large number of diverse yet like-minded artistes, who never met up in real life; they call the release “a meeting…that never happened”. They remind us of the obstacles which many of these bands had to overcome, mainly practical problems about where and how to perform, improvise, record; there are suggestions of state rationing which presented a hurdle. The compilation doesn’t tell a coherent history, but deliberately mixes up different geographic locations, political regimes, and aesthetic influences, to create a provocative listen. “Emancipation through musical expression”, as they put it, could be the shared aim of all these iron curtain musicians. I’ve only got a promo copy in front of me; it would be great if there were lyric translations and band histories included in the gatefold cover of the vinyl release. Sorry for such a superficial skim through the set, but I hope this is enough to pique your interest. Recommended. From 10th September 2018. 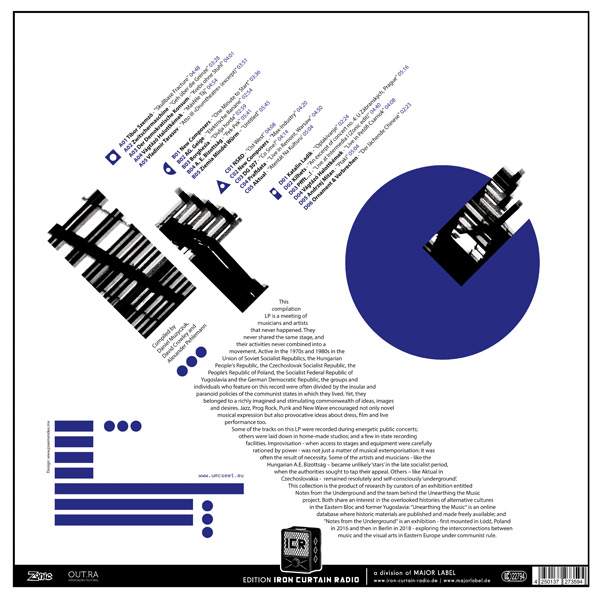