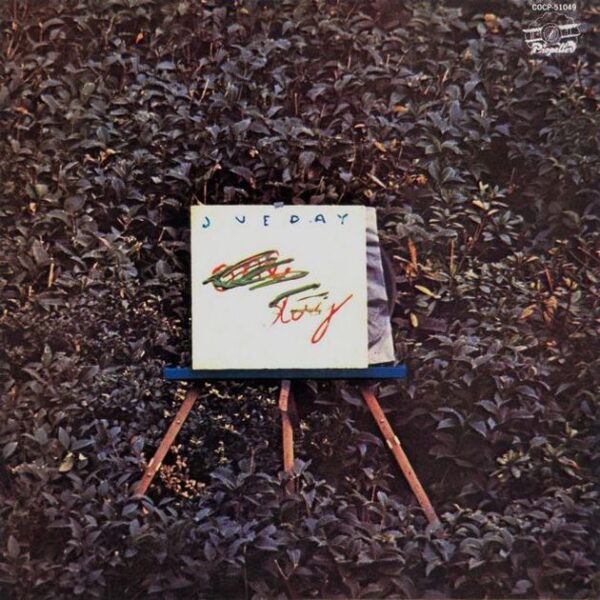 Best known as lead guitarist (and later sitarist) for the cult Japanese 1970s psychedelic rock band Flower Travellin’ Band, Hideki Ishima also recorded and released a solo album “One Day” while FTB were on hiatus. It’s very laid-back, easy-listening psychedelic folk rock music, nowhere near the sinister Sabbath-influenced doom of FTB’s best-known album “Satori” so fans of that album anticipating more of the same here will be very disappointed. Even if you’re one of those people, you might still find enough of Ishima’s distinctive shrill lead-guitar soloing in most songs, sleep-inducing though some might be, for you to tag along with the album right to the end.

The major highlights are the instrumental tracks “Artificial Flowers”, featuring a tribal-sounding rhythm, some very trance-like and sharp-edged guitar tones with a counterpoint piano accompaniment; and the very quirky and slightly sinister “Unbalance”, taking bits from FTB with the harmonica and Pink Floyd circa “Dark Side of the Moon” with the treated lead guitar solo. Key changes in “Unbalance” add an uneasy, almost anxious mood. Apart from these two pieces, the rest of the album is standard mellow rock of the period, enlivened by lead guitar solo passages that aren’t long enough to lift their respective songs to something more than average. Of the regular songs, probably the best is “Depending by the Time” for the instrumental coda.

This isn’t really essential listening unless you’re an FTB fanatic or just curious about the kind of commercial rock that was popular during the early 1970s which musicians and bands were often under pressure to play by their labels.