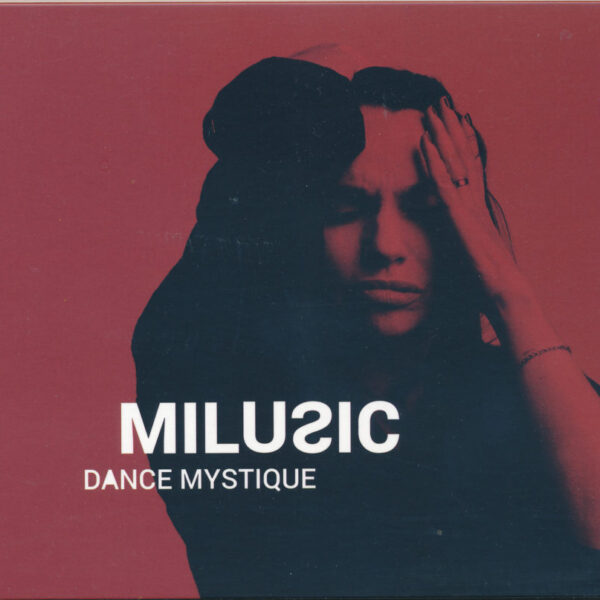 Experimental techno from Milusic on his Dance Mystique (ADN RECORDS DNN 014 C), which combines a taste of the occult with contemporary beats. Roberto Milusic Migliussi plays everything on the record, including analogue synths, drum machine, guitar, and samples, with a small assist from Aria Amorosa on ‘Swirling In The Melt’. While he’s probably not an occultist of the same deep tint as Simon Balestrazzi, Milusic does manage some convincing uncanny atmospheres on titles such as ‘Initial Circle of Affirmation’ and ‘Weird Contemplation’, without lapsing into dreary dark ambient drone nor putting on the airs of a ritual cultist garbed in ceremonial robes and helmet with gigantic horns. His use of samples – mumbling and overlapping voices being one of his predilections – is quite restrained and sparing, and he generally gets where he’s going through insistent repetition and pulsations; the beat never stops for a moment when he gets into the notch, and even listening at low volumes is likely to send the listener into a trance condition, a state where unusual dreams and visions are more likely to be the outcome rather than being transformed into a mindless zombie bent on carrying out dark deeds.

Milusic also has a slightly “clunky” vibe to his work, which I find very endearing; I mean that it’s not overly manicured or ultra-produced, and he leaves a few rough edges and unresolved lumpy moments in the mix. ADN is a Milan label and has been releasing industrial-electronic type music since the early 1980s. From 9th October 2018.