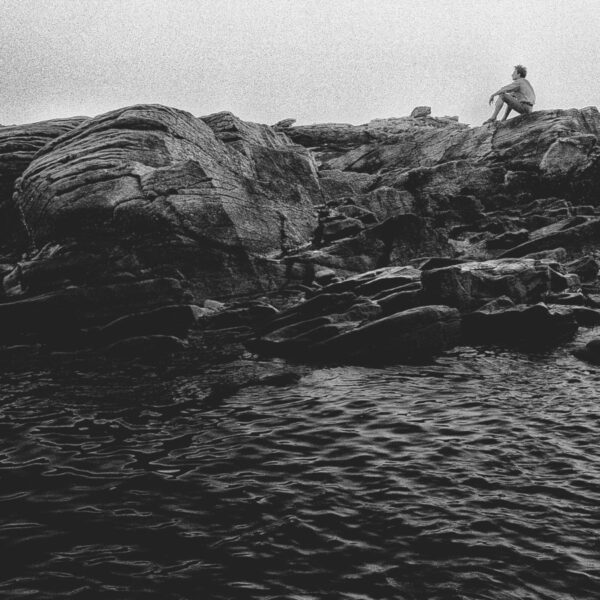 Now there’s a title for our times if ever there was. I often feel that some idiot has pulled on a thread somewhere and now reality is unravelling before my very eyes. In which case, the only sane response is to listen to some records, so let’s pop this latest offering from the Room40 label into the sound system and see what comes out.

This is a cross-hemisphere collaboration between French composer Marchetti and Australian composer Cat Hope, as performed by the latter’s ensemble Decibel. The project has had a long gestation, starting way back in 2010 when the two parties crossed paths at the Liquid Architecture Festival and Cat asked Lionel to write something for the group. Text scores and improvised recordings passed back and forth over the next few years, finally condensing into the six tracks on offer here.

The overall tone is appropriately mournful and desolate, as exemplified by the opening track “Une série de reflets”, in which lugubrious string and keyboard drones shot through with spook-house piano chords that ends with a titanic strike on a gong. It’s as if the ghost of Bombardier Billy Wells has announced the end of the world, rather than the start of a J. Arthur Rank picture. The gong show returns later in the title track, ushering in weird poppings, pluckings, ominous synth pads, audible intakes of breath and stereo-panned tuning static. I’m not sure if they’d appreciate the comparison, but this track also features the sort of gibbering, snorting flute solo heard on Jethro Tull live LPs, and as far as I’m concerned, that’s a Very Good Thing Indeed.

I also detect a mordant sense of humour at work in the second track, “Pour un enfant qui dort”, which is about as far removed from a lullaby for a sleeping child as it’s possible to get. It’s a mix of resonant tones and fluting, with spectral voices and infant chortling, and some genuinely startling death ray laser blasts that nearly made me swerve across the dual carriageway whilst listening to it for the first time in the car.

I might also mention the final track, “Première étude (les ombres)”, in which peculiar birdsong samples summon an insistent flute riff, that’s as close to a frenzied crescendo as this record gets.

There’s a lot going on here, and repeated listens reveal further details. Well worth introducing into your own little bit of reality, while it lasts.