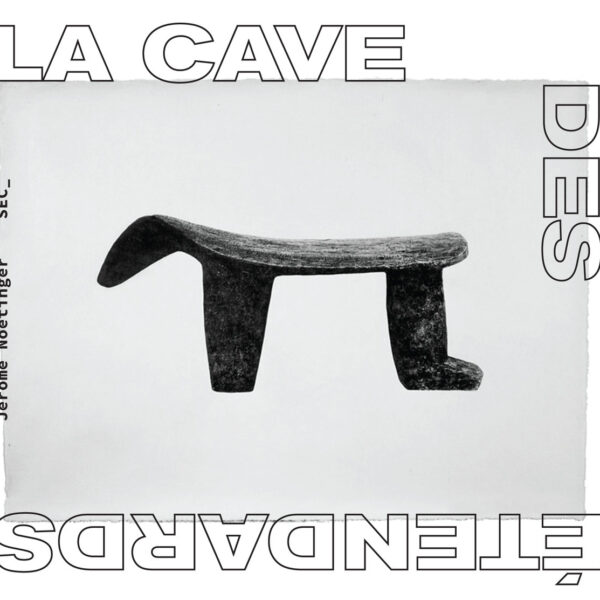 Jérôme Noetinger and SEC_ team-up on La Cave Des Etendards (MIKROTON CD 71), the second time this French-Italian duo have recorded since 2012’s Testacoda. It’s made with tape recorders (old Revox devices, natch) plus feedback, laptop, and something which Jérôme calls his electro-acoustic device. They did it line in Cave12 (the go-to spot for contemporary racket in Geneva) and the CD you now hold was edited down into a distilled wallop. I’ve often found Noetinger to be a pretty reliable heavy-hitter when it comes to strong dynamics and contrasts when his equipment is tuned to fever pitch, and this one is no exception; ‘L’Orecchio Di Diogni’ teams with menace, incident, and noises that are on the verge of turning nasty if they have one more sip of brandy. Barely is the chaos kept under a saucepan lid as it bubbles furiously.

As for ‘Le Chateau Est Une Oreille’, I like the promise of the title which reads like a chapter from a “lost” Gothic novel, describing a hideous castle containing a gigantic ear 300 feet high, against which our hero Rodolfo is powerless, although the music for this one isn’t quite as compelling as the Dioginic suite; sluggish, slow to start on cold mornings, too many hit-or-miss bumps and collisions before we get to the main banks of solid noise bludgeons and crash-tests. Even so the texture along the way is tasty, rough, and hard to miss as it snuggles against your aural tongue receptors.

Your man SEC_, Mimmo Napolitano in real life, passed through these portals with his 2016 album Mefite which had a strong theme borrowed from classical antiquity, a vibe which I’m also picking up from today’s disc; might be the cover images, which look like orphaned objects from a 1950s museum catalogue or anthropology journal. In all, a fine bazooon of live & dangerous hand-crafted noise performance. From 30th October 2018.