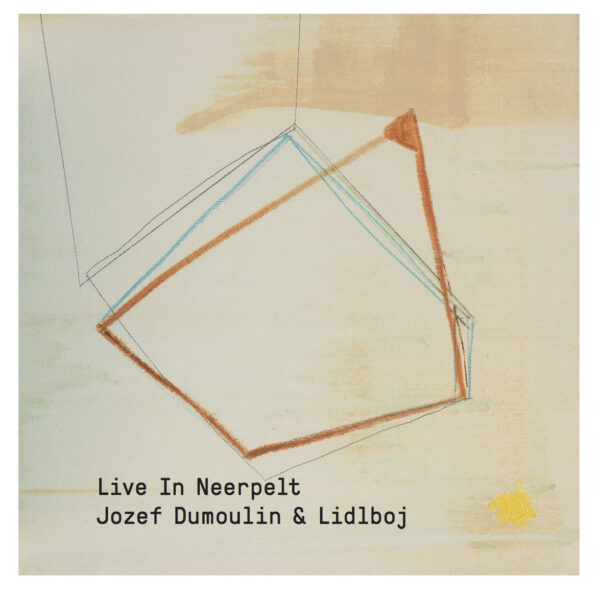 Belgian player Jozef Dumoulin is one half of Lilly Joel, an unusual avant-ish song duo producing nocturnal ditties, and was also heard on his Fender Rhodes as a sparring partner for Keiji Haino on the patchy 2017 album The Miracles Of Only One Thing. He’s here today with an album of jazz-inflected songs with his band Lidlboj, on Live In Neerpelt (EL NEGOCITO RECORDS eNR070). The actual recordings are from 2011 – and the composer feels obliged to almost apologise to the listener for releasing this “old” material, but when he played back the tapes he was pleasantly surprised. The seven songs here have lyrics by Lynn Cassiers, who sings in her delicate slightly-hesitant manner like a less wayward version of Annette Peacock or Julie Tippetts. The instrumental backdrops, composed by Dumoulin, are played by a fairly conventional set-up involving electric piano, bass, drum, and baritone sax; most of the players are also credited with “effects” and “electronics”, but this shouldn’t lead you to expect anything especially “avant” or noisy. The arrangements and chord changes are pretty inventive though, and reminded me in places of Slapp Happy, particularly on ‘Roger Et Ses Gateaux’ with its odd haltering stop-start form. From 26th October 2018.