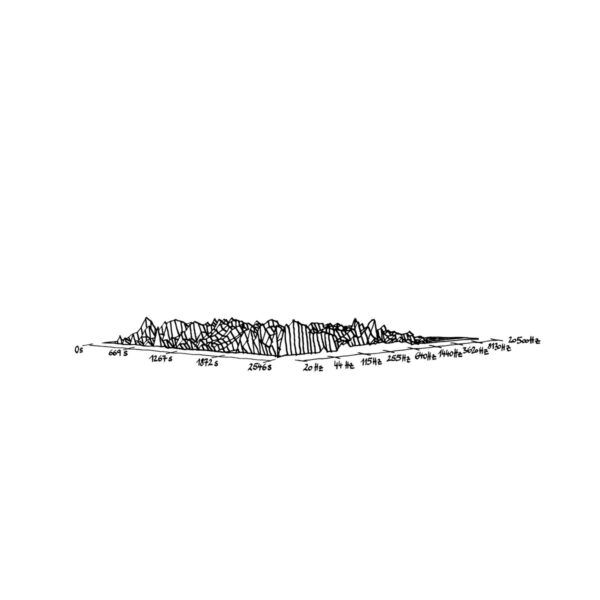 Part adventure travelogue / part homecoming nostalgia trip and an all-round immersive sound art opus, “Dolomite Dub” is Austrian-based Italian (South Tyrol) sound designer Ulrich Troyer’s homage to the South Tyrol area in northern Italy where he spent part of his childhood. While he was originally born in Innsbruck and is currently based in Vienna, where he runs his label 4Bit Productions, Troyer still carries an Italian passport. The 42-minute work, broken up into four parts of more or less equal lengths, takes listeners on a sonic journey across mountainous alpine landscapes as Troyer on guitar, sampler, field recordings and dub effects, and his collaborators on bass guitar, contra-alto clarinet and percussion imagine and interpret them.

Oh no, you say, not another long mountain-based soundscape work that sweeps listeners off their feet with majestic vistas and soaring heights encapsulated in droning synth orchestras! No, no, NO, this album is not like that at all! It’s as much about the work and effort you have to put in if you’re hiking or biking along the paths that Troyer has trod, and this album oozes energy and sweat and all the aching muscle effort of climbing the grassy hills and following well-worn and trodden paths while Troyer leads the way. The music is light and bubbly, full of quicksilver flotsam and throbbing, ricocheting dub effects that urge you on. The rhythmic accompaniment and reggae beats give the music vigour and the light guitar backing adds silvery delicacy.

By turns the music can be very rhythmic and beat-oriented, its pace ranging from easy and laid-back to something slightly more urgent yet still effortless, and sometimes unstructured and formless with tones and textures passing through space or passing snippets of message or code from one to another in a relay. Early on the music is restless and hurries listeners along, as if impatient to get us all up at the crack of dawn and out the doors in our hiking boots up the slopes to the summits; and later it slows down in parts, as if pausing for breath to take in the fresh raw air, the nippy temperatures and the scenery.

It is very light and quite trippy beguiling music, very easy on the ear with its delicate silver or crystal tones, seductive hisses and whisking sounds, and the comically dancing clarinet when it comes in quite late in the recording. Even if you’re not in the mood for making long treks through hilly country and you prefer to manage your montane adventures vicariously through photographs and pictures in print or online media, this soundscape adventure is recommended relaxing.