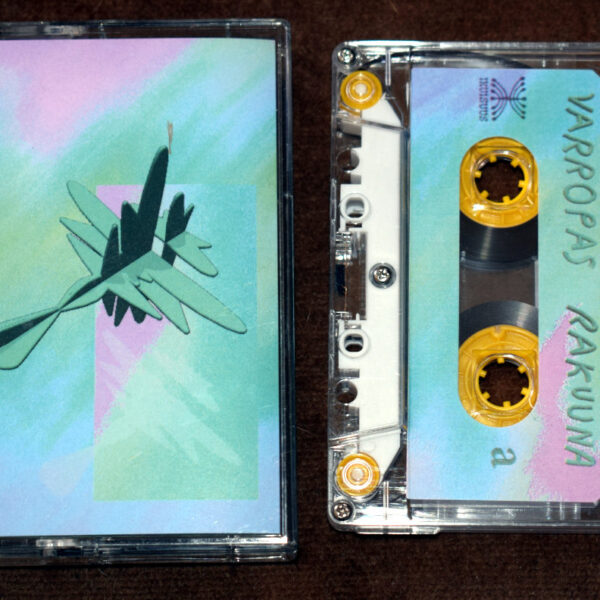 Varropas is Finnish duo Jusso Paaro and Samuli Kyto, playing guitar and synth to create amiable “cosmic” music. The Rakuuna tape (IKUISUUS IKASUS-059) is from 2018, offering two side-long meanders through a very benign and sunlit universe; watery half-melodies, soft-focus guitar tones, synth lines extending as far into infinity as they can manage. Not especially challenging, but pleasant and oddly compelling in a low-key way. I like the way they manage to sidestep the clichés of this vague genre and avoid getting stuck in a quagmire of pointless noodling. 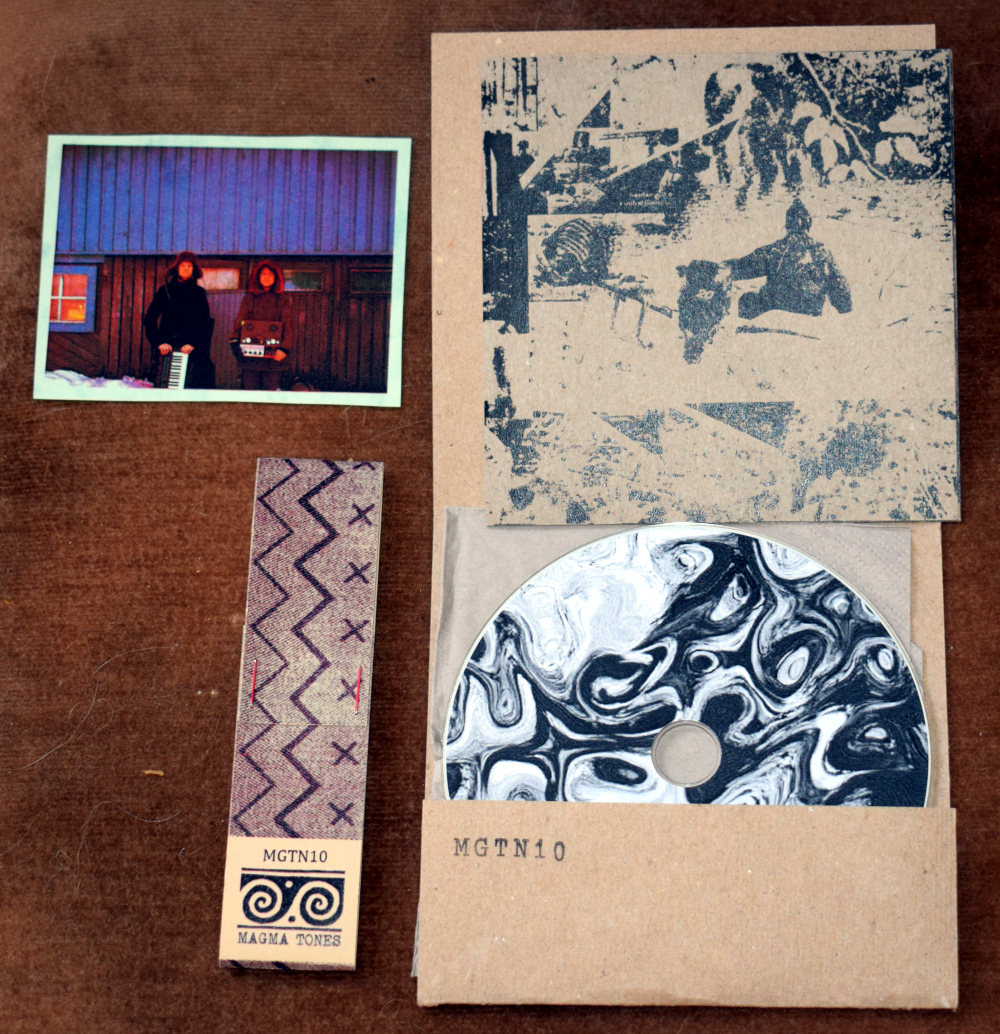 The CDR Saat Vapaat Kädet! (MAGMA TONES MGTN10) is a 2018 reissue of their debut from 2009; this reissue is only 20 copies, but if you think that’s small-run, try and find the 2009 original which was an edition of eight. The packaging here is very endearing in brown cardboard with hand-painted and xeroxed bits; even the disc is wrapped in a napkin. This one is less of a crowd-pleaser; and I liked it better than the balmy cassette. The sound is slightly more sinister, and the duo aren’t entirely sure where their explorations will take them, adding a genuinely experimental flavour to these sullen, growly drones. Track I is my fave so far in this “let’s get lost”’ vein, though Track II might appeal to more space cadets – it’s like a minimalist remake of Hawkwind, done by a covers band who are basing all their assumptions on the strength of a grungey bootleg audience recording. Many thanks to Jusso for sending these. From 31 October 2018.