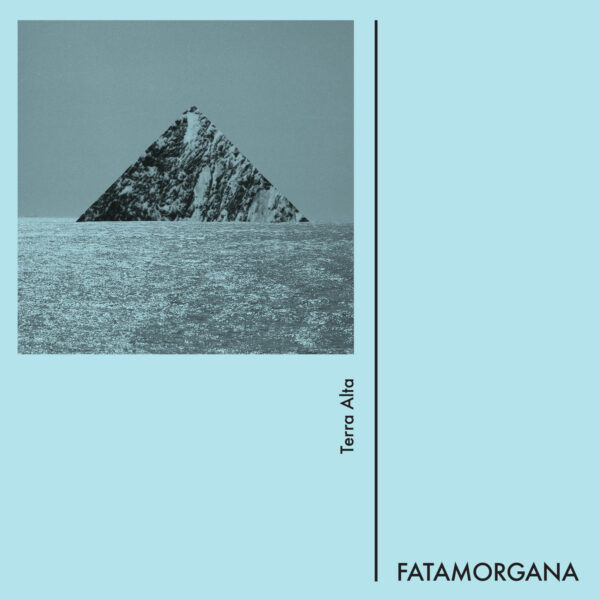 Begun as a bedroom project in Barcelona with monophone synthesisers and 4-track cassette recorders by Patricyja Anna Proniewska and Louis Harding in mid-2017, Fatamorgana has quickly gained a more robust presence as a recording unit and a live unit in its own right. “Terra Alta” is the duo’s first album and while it has one foot firmly planted in the early 1980s realms of British synth-pop and coldwave, the recording also has a more contemporary minimalist techno feel. Fatamorgana’s sound is a very beguiling one with cold pointillist flat-tone synth melodies and a constant machine percussion beat overlaid by a warm girlish vocal on most tracks. The themes of the album are varied, ranging from love, time travel, speculations about the future and the power of one’s imagination.

Buoyed by bouncy synth beats and rhythms, the songs dance along with light catchy electronic tunes and Proniewska’s crooning, whispering vocals. Background effects sometimes give songs an unexpected depth. If Fatamorgana had wanted to, they could have given the songs a slightly more lush sound to complement the smooth singing and the cold minimalism. As they are, sometimes the songs feel a little bit unbalanced with the clash of beats overpowering the more understated melodies and monotone vocals.

After the halfway mark, the songs start to vary in speed, structure and mood, with more synth-based instrumentation and Proniewska starting to sing more and warble less. The beats might still dominate and dictate the nature and speed of the songs but the tunes and effects are starting to assert themselves and work around the relentless machine beats.

I have to say the album does feel a lot longer than it actually is, mainly because of the monotone nature of the music and the constant presence of the beat. The first half really does give the impression of warming up and coasting along, and the music doesn’t perk up until the sixth track. While I’m aware Fatamorgana might have dug itself into a techno coldwave groove and is committed to that genre, on future recordings Proniewska and Harding really could admit a more lush and layered sound with perhaps a sharper electronic edge and more complex keyboard rhythms.