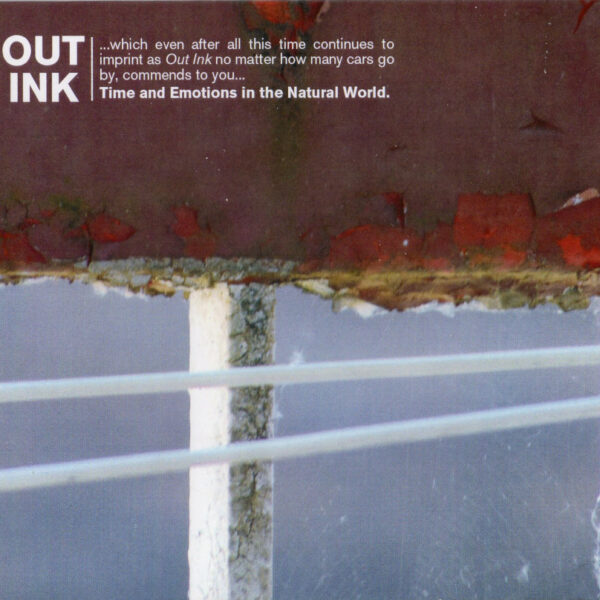 From Sheffield, the combo Out Ink are here with their album Time and Emotions in The Natural World (INK INC CD001). The music’s hard to categorise, and indeed the band go out of their way to experiment with many styles and play across genres whenever possible, sometimes even swapping approaches within the same tune. Instrumentals and songs, wherein the listener might discern traces of post-punk, progressive rock, experimental noise, and low-key protest songs; mostly what they play is a form of herky-jerky jazz to showcase their nimble guitars and woodwinds, with multiple stop-start moments, lulls and climaxes, and dynamic spaces to electrify the beating heart. While their attempts at doing the free-improvisation thing are inept, resulting in murky and creaky emissions, they do have a flair for delivering a jazz-tinged tune that in places reminds me of Henry Cow, and in other places I think their tunes might easily fit inside anyone’s prized collection of obscure 1970s fusionoid-prog. Less keen on Out Ink’s weak and weedy vocals, and didn’t care much for their clunky attempts at going “avant-garde” with random voice samples and unexpected effects layered into an already over-busy mix of sounds.

There’s also a lot of printed words. Someone in Out Ink is keen on contextualising, that’s for sure; the covers contain screeds of writing, every sentence constructed in a fragmented post-modernist manner, some of which may be making various barbed political points about late capitalism, poverty and global war. Meanwhile the disc is printed with multi-syllabic statements and promises about the band’s aspirations and distinctive offerings, some of which seem a bit disproportionate to their actual achievements thus far. “Augmentation of thematic data” indeed! Even so, a fairly promising start from Sam Neilson, Jonathan Willmer, Brian Ellis, Jon Willis and Lee Knights. Arrived 8th November 2018. 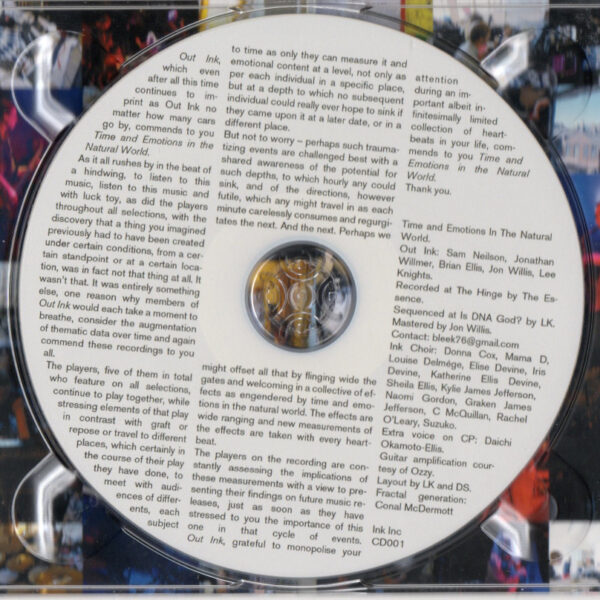