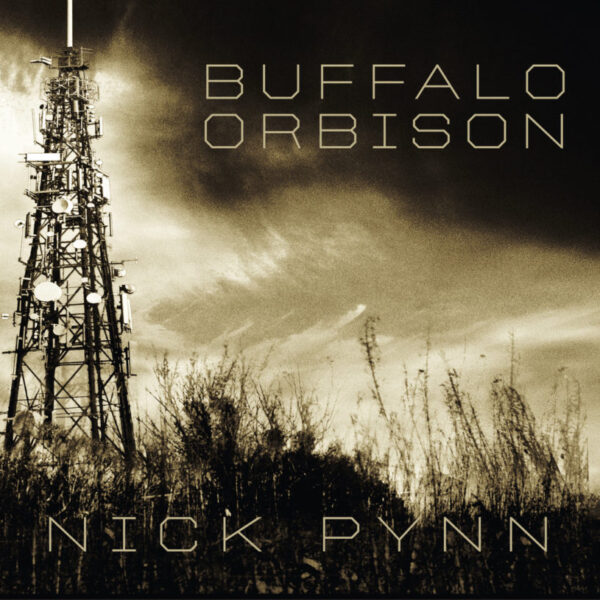 Now that accompanying sleeve art is so evocative of a certain ‘Public Information’ film of yesteryear, I was half expecting to glimpse ‘The Spirit of Dark & Lonely Water’ to come gliding into the frame at any moment. An image that really does go hand-in-hand with the works of Nick Pynn, an experienced practitioner in many aspects of avant folk. A sound world in which Pan’s domain of field and woodland is enhanced by the dipping of a cloven hoof or two into twenty-first century technology.

And since Nick’s “Mirrored Sky” debuted back in 1995, that technology in the shape of live looping and bass pedals has certainly boosted his multi-instrumentalist tendencies. Abilities that must’ve been thought of as gold dust by past employers such as Steve Harley, Arthur Brown and, this is where it gets a little weird… U.S. comedian Rich Hall in his guise as country ‘n’ western singer Otis Lee Crenshaw. Told you! “Buffalo…” Nick’s eighth release of self-penned material, is a mixture of two easily signposted parts. Its drone-based instrumentals like the banjo/theremin breakdown of “On a Moscow Train” which transports Clara Rockmore onto a deep south back porch and the gorgeous Bill Nelson-like ambience of “Luminescence” compliment his more economical folk-based songsmithery. Though “Ximmy Go Dark” and “Bric-a-Brac” are less four-square poesie and more Times x-word cryptic. Richard Skelton and the more recent exploits of Mike Chapman; like the “Fish” l.p., spring to mind as likely clues.

And remember that old chestnut about saving up the best until the last moment? Well, this multi-tasker must surely be an adherent to that idea as the closing three part set of improvisations “The 5 a.m. Light”, “Playing your Hand”, and the grandiose “Abandoned City” really do cap it all. These massive faux-orchestral structures are a master class in layering/overdubbing techniques. Magicked up by a veritable one-man philharmonia, it’s a living testimony to craftsmanship, vision and a painstaking A2D. How does he do this?

Truth be told, I’m woefully seven albums late in encountering Mr. Pynn…but I’d like to redress the cosmic balances somewhat by giving this a very high recommendation indeed. There.