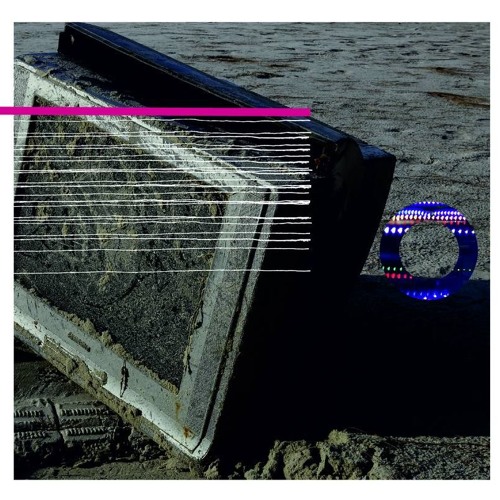 Pleasantly surprised by Lech Nienartowicz from Torun and his Wzd?u? Pasma (KOSMODRONE DRONE 1801 CD). This Polish fellow has a couple of online releases under the alias Owczy P?d and also performs in Jeremy Spill, Perpetual Motion Food, Porcje Roso?owe (a glitch duo with Mateusz Wysocki), and the Poszmeg improvising group. Those intrigued might want to track down releases on his own Pawlacz Perski Tapes. Wzd?u? Pasma is his first solo album and a most impressive debut it is too. The cover is an array of detailed, semi-collaged images of an abstract nature, giving nothing away. There’s something faintly mysterious about the music too, which amounts to a lot more than just your average assemblage of electronic drones and field recordings. There’s a certain deliberation I like, weighing the words before giving them breath; and there isn’t the excess of too many layers being folded into the digital space simply because it’s technically possible to do so.

On the other paw, Lech is some way from being a crptyo-moid minimalist type hiding his skinny frame behind the willow tree of obscurity and austere notes. Indeed one of the attractions of this album is the rich and unusual tones which often emanate unexpectedly from the general brew. Lech Nienartowicz has a nice line in slightly “rotted” notes and tones which are so friable they seem to crumble away almost as soon as they appear. While there’s no discernible tune or root note holding these impressionistic journeys together, neither is he lost in the over-cooked ambient whipped-cream smoothie which seems to dog so many other would-be chefs who find themselves baffled by the banana and the blender. ‘Pó?nocne S?upy’ and ‘Nowe ?lady’ are the two eventful tunes which promise much in the way of high-living and cliff-bound adventure among the soaring planes of Japan while in the company of a medieval mystic with a wooden stave, but you may prefer ‘Dwa Kamienie’; its sheer length, nearly 25 mins, gives Lech the opportunity to stretch out his gumboots and claim vast acres of new terrain in the name of his homeland. He does it with the use of wind-swept sound effects, forlorn buried chimes which might be distant church bells, and very astringent high sounds which evoke weeping and other emotions. He also makes bold but subtle use of loops and repetitions, and much chaotic jangly percussion, to get across his vision of the surreal jungle in which he finds himself for reasons that are far from clear. If you like a good ambiguous ambi-scape you can get lost in for days, you’ll click the heat-seeking app in the direction of this epic track. By the end of this one I was getting more convinced of his solid production skills and the confidence with which he moulds his materials.

“The boundary between what is electronic (synthetic) and acoustic is blurred,” he says regarding the aims of this set, describing his sphere of operation as “the border between music and non-music”. A good one. From 6th December 2018.